Netflix has bought Millarworld, a comic book publisher (that you’ve probably never heard of) led by a major talent in the industry, Mark Millar.

Recode called it a hedge against the day that Marvel Entertaiment’s exclusivity deal with Netflix sunsets (Marvel created Spider-Man, Iron Man and The Avengers). Mashable suggested that the acquisition indicates a future with more “fantasical” narratives on the leading streaming service. Here’s what we’re saying: comics aren’t published to make money on their own anymore. Comics have become a way of field testing ideas that might work in media that actually turns a profit, such as television and films.

Millar has proved especially adept at writing comic books that become movies. He was part of one of the best large crossovers in comics in years, Marvel’s Civil War, a seven issue mini-series from 2006 that had spin-off storylines in all the mainstream Marvel comics over that time. That miniseries loosely inspired Captain America: Civil War (which I contend has been one of the best all-time superhero movies).

Outside of his work at major publishers, Millar has started his own company, Millarworld, which partners with other publishers to print and distribute his titles. Several of his series have been turned into major motion pictures already, including Kick-Ass, Wanted and Kingsman (in September, the world will soon learn whether or not the second Kingsman movie proves to be as unwatchable as the second Kick-Ass).

Kingsman and Kick-Ass won’t automatically join Netflix’s stable, because those rights are already tied up, according to Millar.

It’s almost as if Millar writes his comics with a film in mind, which is, as far as we can tell, the only real way to make money with comic books any more. That will only get worse. It’s tough to come by real numbers, but most people agree that the average comic book reader tends to be pretty old. The bulk of readers are in their 30s and 40s. This has been true for a while now.

In the second story linked above, The Comics Beat cites a retailer who said he saw an uptick in young readers following the first Avengers movie, which was a big hit. I remember a retailer telling me the same thing after the first X-Men movie came out in 2000. Those new readers don’t seem to stick.

Yet there are enough readers that comic books have proven to be an effective medium for testing stories that could make good film or television. That’s perhaps not surprising since both comics and film are visual. More movies have originated as comics than most people probably realize. For example, 2005’s A History of Violence, starring Viggo Mortensen, was made from a 1997 graphic novel. Similarly, 1998’s Road to Perdition comics became a 2002 film starring Tom Hanks.

Also 1986’s Howard the Duck, which I promise is a great movie if you are around 10 years old.

Dreams were how we got started. pic.twitter.com/5w2DOVykji

Comic books are stuck in a really crappy distribution system, where they basically only get sold in stores devoted to comic books and other nerdy hobbies. By the time I walked into my first comic book store, I’d been reading books bought in supermarkets for years. Though committed as a fan, even I felt intimidated going into one these spaces for the first time, worried I’d come off as stupid in some way. Walking into a comic book shop for a non-fan is like walking into a lingerie store as a 13 year-old male: everything around you indicates it’s selling products from a world that takes a while to understand and it’s tough to tell who’s eager to be helpful.

So the medium has had trouble bringing new fans in. That and the plethora of competing entertainment on mobile apps and the web.

We’ve written about attempts to create the Netflix for comics, but none of them have really stuck. In fact, Scribd’s entry into that effort has already shut down.

Millarworld has some disadvantages as a farm league for Netflix shows and movies. Marvel and DC’s characters have had decades to earn mental real estate inside consumers who also watch movies and television. Their characters exist in giant, interlocking worlds that have been layered with the ideas of a thousand creators. Even if the big two quit publishing comics tomorrow, prior books could be plumbed for story ideas for years to come, and it would be easy to piggyback on any of those past successes.

But there’s a larger question for the movie makers pursuing this particular approach to developing stories for big and little screens: What are they doing to find a new method for distributing this format that both serves current readers and reaches new ones?

Because if they don’t, where will these film studios workshop potential storylines when no one buys comics anymore? 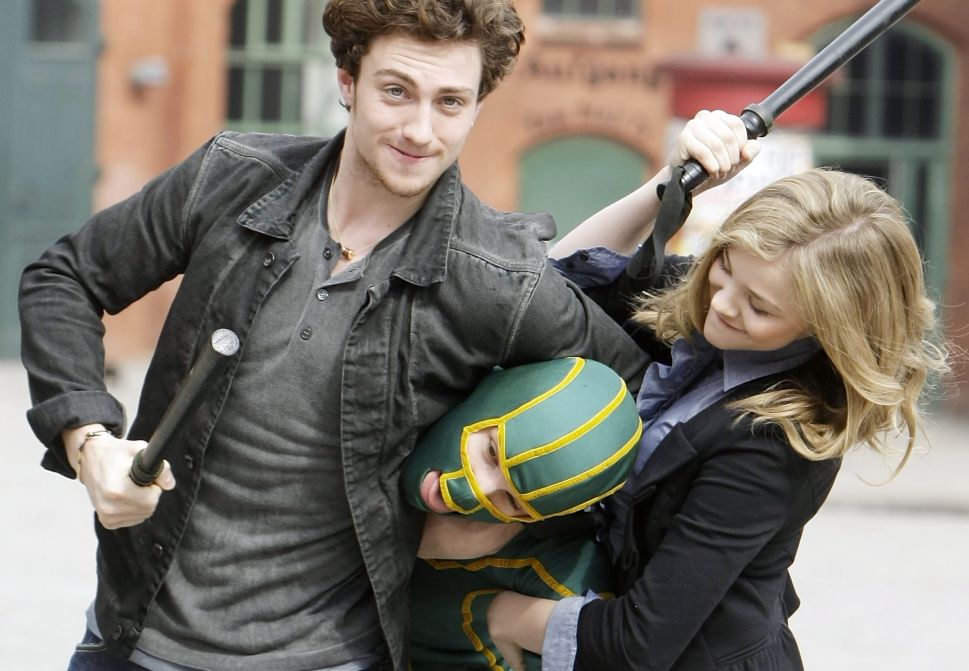