In July, The Ringer‘s Alison Herman considered the legacy of Game of Thrones before its penultimate season debuted, writing “Thrones is the last vestige of the monoculture, a dying and distinct model with its own advantages and blind spots. In its stead, we’ll be left with the fractured, micro-targeted landscape to which Thrones is the glaring, currently only, and possibly final exception.” Herman is right; Game of Thrones may very well be the last of its kind in terms of long-form television. The blockbuster production, the sprawling and obsessive fandom, the gaudy live viewership numbers. As TV becomes more and more fragmented, we may never see something quite as communal as Thrones again.

But what about television tailored specifically to this decentralized cord-cutting world Herman touches on? The idea that Thrones will be the last big show ever is as unlikely as those Ice Dragons we keep hearing about. Conversation-dominating series still exist (obviously), they’ve just taken on a different form in some instances. Netflix manages to generate similar flurries of excitement and bursts of addiction as HBO’s flagship series, but they come in smaller, more self-contained and short-term doses. Generally speaking, that’s what TV is these days.

Game of Thrones and other “traditional” television series possess both the benefit and the downside of airing one new episode per week. This structure is great for the rabid theorizing and fan engagement that accompanies shows like Thrones and helps to build an audience season by season, as our Westerosi war drama has done. But for the most part, this format leads to once-popular series beginning to bleed viewers in its later seasons as any slide in quality can lead to a mass exodus (see: The Walking Dead, Empire). Netflix, on the other hand, has popularized the binge method of television consumption. While this “whole meal at once” approach may not give a show a two-plus month shelf life in the greater pop culture conversation, it does enable a series to burn brighter for a shorter amount of time. Think about some of Netflix’s buzzy shows like House of Cards; new seasons get dropped on a Friday and are the -cooler talk at work on Monday with never-ending Twitter discussion in between (and after). Committed TV fans are practically forced to take down a show in its first week lest they get left behind. In a way, Netflix has leveraged the millennial trepidation of FOMO (Fear of Missing Out) to attract immediate audiences.

And it’s not as if the streaming service is bypassing the long haul completely or failing to make noise during an “offseason.” Netflix’s Marvel properties debuted two years ago with Daredevil, which has been followed with Jessica Jones, Luke Cage and Iron Fist. The four loosely connected series will culminate in The Defenders miniseries hitting Netflix on August 18. Regardless of the show’s final quality (it’s getting mixed-to-positive early buzz), its existence is a clear indication that the streaming service is able to generate long-running interest in a particular project. The Defenders team-up is an event, a small-scale and street-level Avengers free-for-all that has caught the attention of your average subscriber. Netflix took the Marvel name and ran with brand awareness, and by the end of 2017, it’ll have a whopping six titles under the Marvel umbrella. You don’t reach that quantity without seeing some positive chatter. 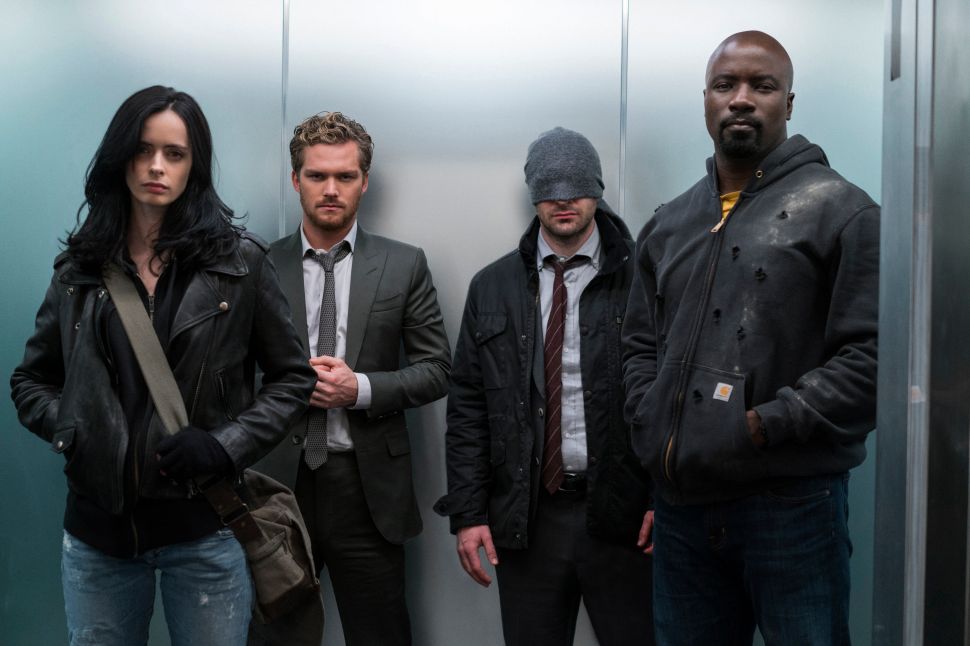 Elsewhere, the Super Bowl trailer for Stranger Things Season 2 generated the most social media activity of any ad during the game with 370,000 mentions, according to social-media measurement firm Amobee (via The New York Post). Season 2 has even forced Hollywood movie studios to abandon their Halloween season release dates for fear of competing with the sci-fi/horror phenomenon. The series has managed to dominate the normally mundane news release of premiere dates while posing a legitimate threat to box office revenue. If you don’t think Netflix is power tripping after that, then you belong in the Upside Down world.

Netflix has truncated the event series window with its binge-vacuum model, but it still qualifies as significant communal viewing experiences. The streaming service typically doesn’t release its viewership data, but Symphony Advanced Media estimated that an average of 14.07 million adults age 18 to 49 tuned into the first season of Stranger Things within its first 35 days of availability alone. CNBC’s Mark Fahey estimated that around 5 million people checked out the House of Cards season premiere within its first 30 days of availability. According to Netflix itself (via Variety), 6.7 million people watched the 2016 premiere of Orange Is the New Black. Both individually and applied to whole seasons, these are top-tier numbers.

Of course, Netflix’s quantity strategy is far from foolproof. They think that if you buy enough lottery tickets, eventually you’ll win. But for every hit they’ve produce that momentarily bottles the zeitgeist, there are expensive misses such as Marco Polo and The Get Down. While that may not matter much now, it will down the line as Netflix’s massive production debt continues to grow.

So, yeah, it’s an imperfect system. But for now, it’s working like gangbusters. Game of Thrones may be the last mass-watched, long-form traditional television show of the Peak TV era, but it is far from the last event series to grace the small screen. It will not be the last series to have everyone talking all at the same time. For better or for worse, Netflix has reshaped the way we consume content. Gone are the days where beloved shows fed us lots of little meals over the course of several years. In its place, Netflix is providing the immediate gratification of an all-you-can-eat buffet.

But you better hurry and get it while it’s hot. 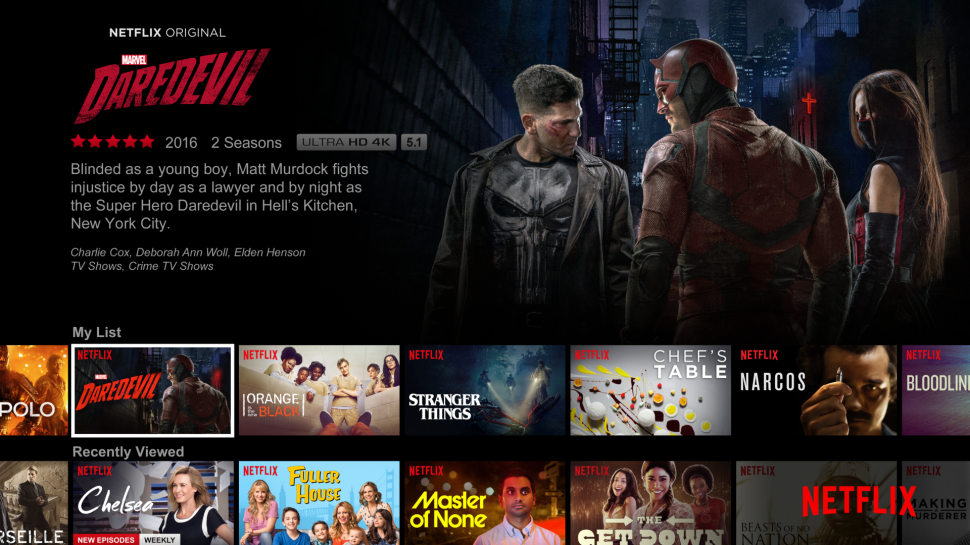