There’s no love lost between Donald Trump and the Bush family, especially after Trump’s takedown of Jeb Bush in the primary. But as he confronts Venezuela’s autocratic regime under Nicolas Maduro, Trump could learn a lot from George W. Bush’s policy of “smart sanctions.”

If any country is asking to be sanctioned, it’s Venezuela. In addition to a high volume of human rights abuses and murders, the country responded to the victory of opposition parties in the legislature by creating a new assembly with vote fraud and enabling Maduro to virtually rule by decree.

The people are starving so much that they are using what limited electricity they get to look for bitcoins to buy what’s left at the market.

Putting trade restrictions on other countries is as American as apple pie, going back to President Thomas Jefferson’s Embargo Act of 1807 on the British as a response to their kidnapping of American sailors, something known as impressment. The British weren’t impressed, and continued the practice, leading to the War of 1812.

But there’s a right way and a wrong way to use sanctions. If they aren’t done right, they will fail, and there could be war. The United States needs to remember these three lessons.

Sanctions Need to Be Smart

The theory behind sanctions is that by halting trade with a country, you hurt their economy. That will get the people of that country mad enough to overthrow their regime, leading to better leadership.

But it’s not so simple. First of all, what if those people suffering economic pain blame the sanctioning country instead of their home government? Japanese turned economic sanctions by the U.S. into anti-American sentiment and World War II, according to a report by Foreign Policy magazine. Dictators like Fidel Castro and Saddam Hussein were able to blame the United States for ruining their economies, enabling these authoritarian leaders to stay in power a long time.

But smart sanctions (also known as “targeted sanctions”), like the kind George W. Bush used, put the squeeze on the leaders—not the people. That way, the people won’t starve and the leaders can’t repress them as effectively, as the tyrants find themselves short of cash. With smart sanctions, the people of that sanctioned country see America as an ally against authoritarianism, instead of as an oppressor.

As the respected Peterson Institute for International Economics reported “the ‘blunt weapon’ of comprehensive embargo inevitably hurts those at the bottom of the economic heap. Given the poor track record of sanctions in achieving their foreign policy goals, the conventional wisdom that civilian pain leads to political gain is being questioned….Growing emphasis on the individual accountability of those in power for the unlawful acts of states…has made the concept of targeted sanctions all the more attractive.”

With Venezuelan people starving, making them poorer seems counterproductive and won’t win friends from the opposition if they oust Maduro. However, punishing the cause of the problem, Maduro and his cronies, is likely to win allies from any new regime.

Sanctions won’t work unless the vast majority of the international community joins in. That’s because if country A doesn’t sell to country B, then country C can always step in to fill the void. This is what happened in the 1930s, when the League of Nations tried to sanction Italy to stop their attacks upon Ethiopia, as Foreign Policy magazine notes. Those countries that weren’t members simply stepped in to trade with Italy. Even some of the League members cheated, secretly selling to and buying from Italy.

Luckily for the United States and the Venezuelan opposition, the international community isn’t taking the side of President Maduro and his socialist Bolivarian Revolution. The previous leader, Hugo Chavez, used his charisma and resources to win friends abroad, but Maduro lacks Chavez’s charm and skill at ruling. Few countries, if any, are likely to come to Venezuela’s aid should many of its trade partners cut off any economic activity.

There’s only one reason why sanctions, smart or not, aren’t used more often. They take time to work. They don’t yield results overnight. They require patience. And that doesn’t sit well with politicians who demand quick action, like Donald Trump, or face election calendars coming up, like the U.S. Congress.

Take the case of South Africa. For years, African countries tried to change the race-based apartheid policies of the South African government, without success. Slowly but surely, they convinced Western powers to change their minds, and enlisted the aid of rock stars to publicize their cause. Eventually, the white regime agreed to free Nelson Mandela and host elections. It took a long time, but sanctions were eventually successful there.

Conclusion: Be Smart, Find Allies and Be Patient

“Politically, sanctions are most effective against friends and allies,” writes the World Economic Forum report. “In the case of adversaries, they can stiffen their resolve—at least in the short term.” With that, it’s important to note that Venezuela and the U.S. are still allies, thanks to the Rio Pact and the Organization of American States. Many Venezuelans want to see change, with less authoritarianism, and hope to work with America again.

But to get there, we need the right sanctions policy. Sanctions must target the Venezuelan leaders, not the people. We need to find allies to support our economic policy on Venezuela, and we need time for them to work. If these steps are policy, political and economic freedom can return to our South American ally. 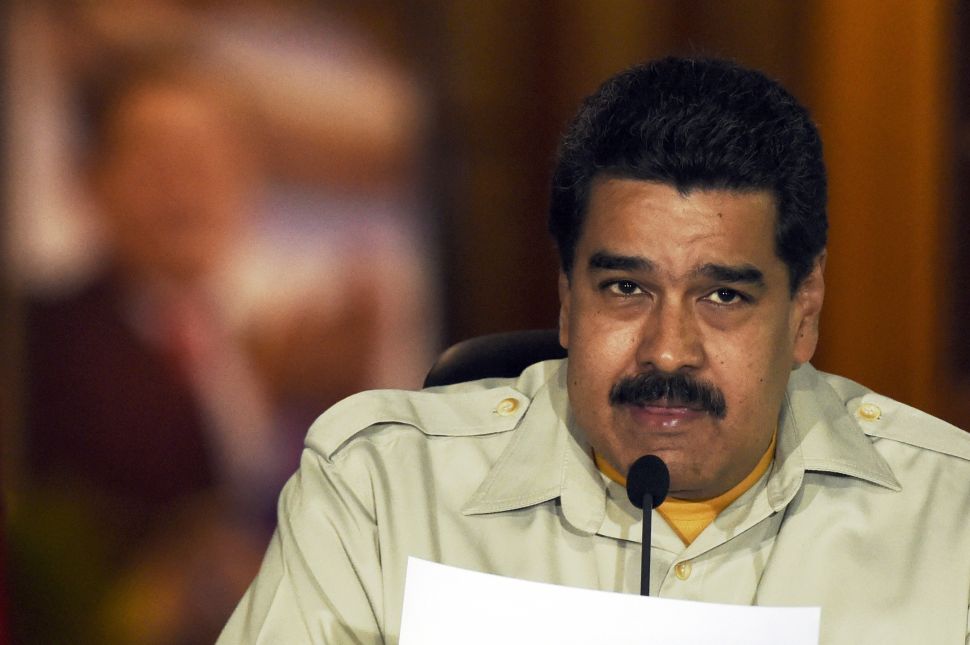