A New Jersey nonprofit will not go through with an event at President Trump’s golf club in Colts Neck following the president’s controversial comments blaming “both sides” for deadly violence at a neo-Nazi rally in Charlottesville, Va., this month.

United Way of Monmouth and Ocean Counties announced Monday that it would relocate a planned reception from Trump’s golf club to a new venue. The nonprofit joins several other groups that have pulled events from Trump properties in response to the president’s controversial comments, including 11 organizations that have cancelled events at Trump’s Mar-A-Lago resort.

“United Ways in every community denounce racism, bigotry and prejudice in all forms,” the nonprofit said in a Facebook statement. “We strongly reject the divisive worldview of groups like the white nationalists and neo-Nazis that incited the violence in Charlottesville, Va. Based on recent events, we have decided to relocate our upcoming event from Trump National Golf Club to a new venue which will be announced shortly. We thank all of our supporters who stand with us to embrace ideas that unify us and make us stronger.”

Timothy Hearne, the group’s chief executive, said the event was a leadership reception for the group’s largest donors to discuss the organization’s new vision following a recent merger between United Way’s chapters in Monmouth and Ocean counties. Invitations were sent before the violence in Virginia, Hearne said, but the nonprofit decided to pull the event from Trump’s property after getting emails and phone messages from donors.

United Way, a global nonprofit, organizes initiatives in education, health and financial stability. It is looking for a new location for the event, which was scheduled for Sept. 28, Hearne said.

Trump has received criticism for saying some protesters who joined the neo-Nazis at the Virginia rally were “good people,” and for saying that some counter-protesters deserved to share in the blame for the violence in which one woman, Heather Heyer, was killed and 19 others injured when a man described as a white supremacist drove through a crowd of counter-protesters.

Gov. Chris Christie also criticized Trump’s comments on Monday, calling it a mistake to say the violence came from “many sides.” 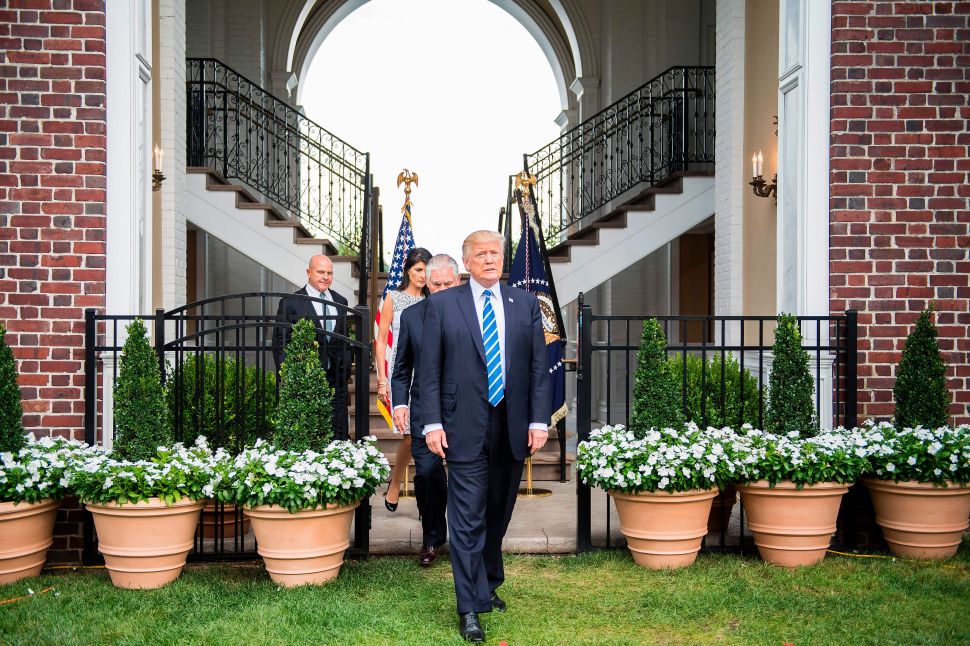