Robert Giles, the director of the state Division of Elections, confirmed that some but not all the information Trump’s commission requested would be supplied this week.

It’s not clear when the data would be delivered. Giles and representatives for the Division of Elections did not specify the date. According to documents obtained through a public records request, state officials were in the process of sending a text file with the requested data via a secure link on Wednesday afternoon.

“The information requested by the commission, that is publicly available under the law, will be provided to the commission this week,” Giles said in a statement Tuesday.

The commission is seeking information including voter names, addresses, phone numbers, party affiliation, and a list of the elections in which they voted. In New Jersey, all that information is considered a matter of public record under the Open Public Records Act. However, the commission is also looking for the last four digits of voters’ Social Security numbers. Those are private under state law, and Giles indicated in a letter to Trump’s commission that they would not be supplied.

In a letter dated Wednesday to the commission’s vice chair, Kris Kobach, Giles wrote that “New Jersey election law details and limits the voter registration information that is publicly available, and the state’s Open Public Records Act (OPRA) shields from public disclosure information that, among other things, may implicate a citizen’s privacy interests.”

Social Security and driver’s license numbers, as well as voter signatures, are not available for public disclosure, Giles wrote.

Trump’s commission has been criticized as a partisan vehicle to suppress Democratic votes. Kobach, the Kansas secretary of state, was dubbed “a Republican titan of voter suppression” by the Washington Post editorial board. Documented instances of voter fraud are exceedingly rare, according to the Brennan Center for Justice and other experts. And the 2016 election’s integrity has come under larger questions in a different area: the Justice Department is currently investigating whether Russia colluded with the Trump campaign to help them win.

“As the chief election officer of a state, ensuring the integrity of elections is my number one responsibility,” Kobach said in a May statement. “The work of this commission will assist all state elections officials in the country in understanding, and addressing, the problem of voter fraud.”

When Trump’s commission first made the request to all states for voter data in June, Democratic gubernatorial candidate Phil Murphy and advocacy groups including the ACLU called for New Jersey to deny it. At the time, Giles said the request was “under review” and that no information outside of what is publicly available would be sent to Trump’s panel.

“It is incredibly troubling that our state isn’t taking proactive steps to educate the public that their information is going to be made readily available,” Analilia Mejia, the director of the New Jersey Working Families Alliance, a liberal advocacy group, told Observer on Thursday. “Furthermore, can we just back up and say that the whole purpose and premise that the commission looking into voting information is based on a lie — this false assertion from the president that there was rampant illegal voting?”

Mejia said the DOE needs to inform voters exactly what information is being shared with the commission and what steps they are taking to safeguard their data.

Documents received by Observer through the OPRA request show that the data are being transferred to the Election Integrity Commission through a secure site used by the federal government to transfer large data files called Safe Access File Exchange.

Typically, Lt. Gov. Kim Guadagno — now the Republican nominee for New Jersey governor — oversees the Division of Elections in her capacity as secretary of state. But Guadagno has said repeatedly that she has recused herself from that role due to her spot on the New Jersey ballot this November. Observer in its OPRA request sought all correspondence between state officials and the Trump commission, and Guadagno did not participate in any of those communications, according to the documents received. 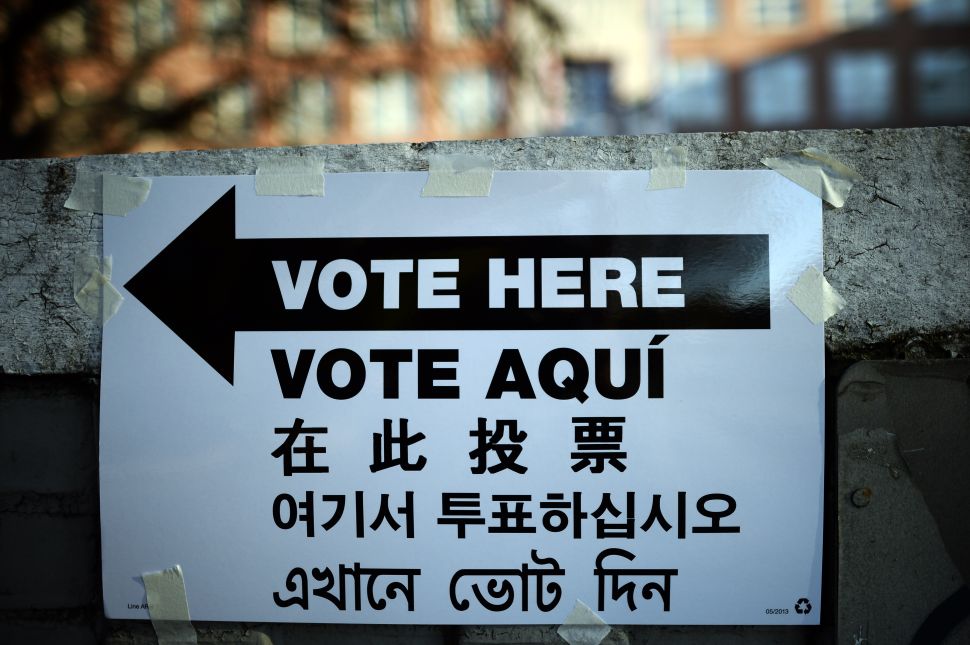