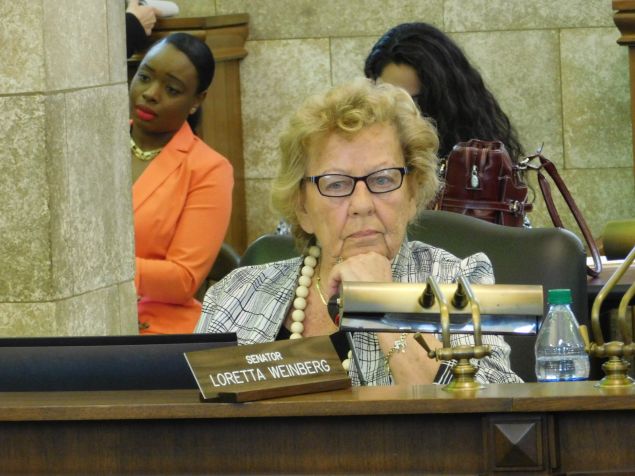 On the heels of several important decisions in the New Jersey courts, the Senate Budget and Appropriations Committee has advanced long awaited legislation to amend state’s Open Public Records Act. The bill (S1046) aims to improve and modernize the statute, while also boosting transparency.

Senate Majority Leader Loretta Weinberg (D-Bergen) has been calling for reform for several years, but has seen prior attempts stall in committee. “There is no issue that overrides the public’s right to know what we in the Legislature and what our municipalities are doing on their behalf,” Weinberg said prior to the budget committee vote.

The OPRA statute has undergone few significant changes since it was enacted in 2002. Since then, the nature of government records has changed, largely due to the proliferation of the Internet, email and cell phones. One provision of S1046 would extend public record obligations to quasi-governmental organizations engaged in service to the public, such as the New Jersey League of Municipalities and the New Jersey School Boards Association. Another would allow residents to send records requests via email.

When redacting documents, records custodians would be required to more thoroughly explain what information they’ve redacted and why it can’t be disclosed under OPRA. The proposed bill would also overhaul the Government Records Council, including an expansion of the council from five to seven members.

Absent legislative action, it will be up to the courts to apply the existing law to modern problems. Most recently, the Supreme Court of New Jersey held in Paff v. Galloway Township that electronically stored information extracted from an email is not the creation of a new record or new information, but is a government record subject to disclosure.

In reaching its decision, the court emphasized that digital records stored on government databases can’t be shielded from the public. “OPRA makes clear that government records consist of not only hard-copy books and paper documents housed in file cabinets or on shelves, but also ‘information stored or maintained electronically’ in a database on a municipality’s server,” Justice Albin wrote.

The New Jersey Supreme Court’s decision expanded the amount of digital information the public can access under OPRA.  Assuming S1046 passes, it has the potential to do the same.