In the aftermath of the Charlottesville tragedy, the debate over monuments to persons in America’s past has elevated to a point where, too often, folks are afraid to discuss for fear that their words will be misunderstood, misconstrued  or deliberately distorted.

There’s a legitimate discussion to be had, in civil tones and terms, over which monuments should stay and where they should best be placed.

But the politicization of the subject has caused serious angst. For example, Neo-Nazi racists  are frequently referred to as “right wingers.” How is it possible to, with a straight face, describe national socialists bent on genocide as “conservatives”?

The conservative movement has loudly denounced these kooks for decades. Racism has no place in conservative thought and socialism has always been the province of the other team.

Hysteria gets whipped up at times when more reflection would do us all better.

So what’s the answer to the emotionally overcharged debate over monuments?

Monuments to Confederate officers have been a difficult subject for a long time. Despite the historically accurate arguments that there were many factors that led to secession, at the core was the defense of chattel slavery of African-Americans.

You simply can’t read the historic documents justifying the  birth of the confederacy and reach a different conclusion.

Slavery was and is a moral blot on our history. The Confederacy fought to protect it and took hundreds of thousands of lives in doing so. Monuments to the leaders of an insurrection is curious.

Robert E. Lee himself didn’t want the monuments. “I think it wiser…not not keep open the sores of war but to follow the examples of those nations who endeavored to obliterate the marks of civil strife…”

Lee, although a slaveholder himself, was opposed to slavery, calling it a “moral and political evil.” He also opposed secession. After the war he did a lot to bring unity back to a fractured nation.

But it can’t be ignored or discounted that, once he chose sides (He was offered command of the Union Army) he chose the rebels.

What place in history, and in granite, marble and bronze, should  he and his fellow Confederates be given?

There are four possibilities:

The argument for the removal of monuments dedicated to confederates is strongest. But how far should we go?  Remove only those in public places?

The National Park Service has made it clear they intend to leave untouched all of the monuments in Gettysburg National Military Park. Their logic was compelling.

If monuments dedicated to Confederate officers should be removed, relocated or have some “context” added, what’s next?

It’s pretty clear that those who want Confederate monuments removed aren’t going to stop there. They’re after the Founders, too.

Although it seemed far-fetched just a few days ago, there have been calls for the removal of monuments to George Washington, a slaveholder, or renaming sites named in his honor. Ditto with Thomas Jefferson and Andrew Jackson.

In New York, radicals have demanded the removal of Teddy Roosevelt’s statue. In Philadelphia, they’re after the statue of former mayor Frank Rizzo. They’ve been after Christopher Columbus for a long time.

Where does it end?

What about Woodrow Wilson who showed the first movie ever seen at The White House, a grotesquely racist film called “The Birth of a Nation.” Or Franklin D. Roosevelt who interred thousands of  Japanese-Americans? Justice Hugo Black, a member of the KKK?

How about another Klansman, former Senate Democratic Leader Robert Byrd? There are at least 50 buildings, federal courthouses, hospitals and libraries named after him, in addition to a few statues.

Former Secretary of State Condoleeza Rice, has argued against removal.  To her they key is to “…keep your history before you..” “When you start wiping out your history; sanitizing your history to make you feel better? It’s a bad thing.”

We should all ask what our true objective is and whether or not the actions we’re promoting will truly accomplish our goals.  If monuments are removed, how will that change things?

Tearing apart our history won’t help. Seeking to marginalize the greatness of our Founders by focusing on their human facilities is misguided beyond belief.
​
We should all begin by listening to Mark Heyer, Heather Heyer’s father, “I include myself in forgiving the guy who did this,” he’s solemnly declared, “I just think about what the Lord said on the cross, ‘Forgive them. They don’t know what they’re doing.” 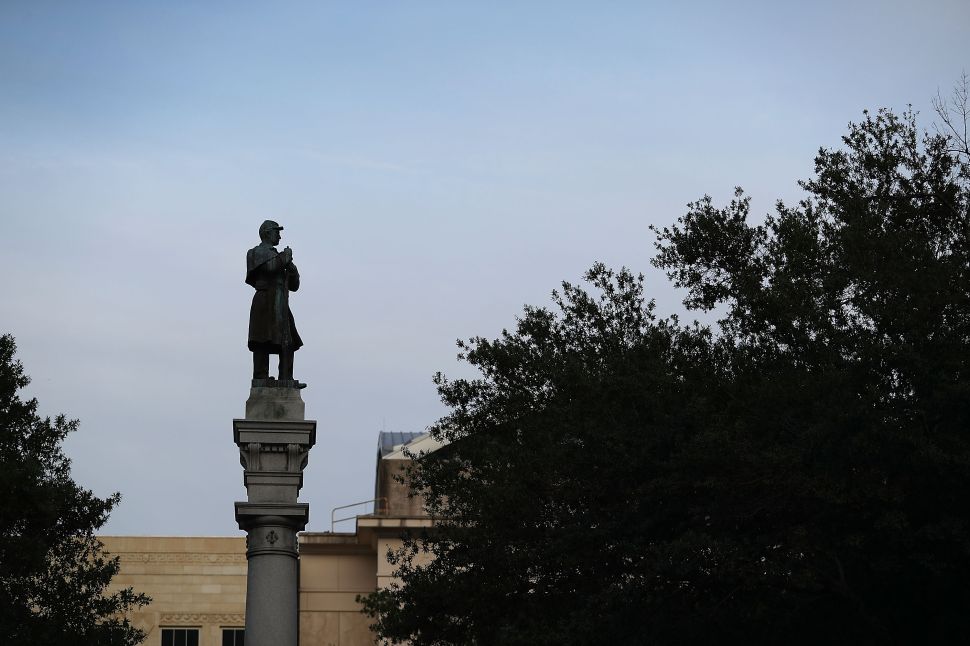