Public Advocate Letitia James said that the Christopher Columbus statue in Columbus Circle “should remain,” and said she disagrees with City Council Speaker Melissa Mark-Viverito’s assessment of the Genovese explorer.

Mayor Bill de Blasio’s office has said it will be reviewing the Columbus statue, along with other monuments, for possible removal in the wake of the deadly violence in Charlottesville, Va., this month.

That announcement sparked criticism from Italian American leaders led by Staten Island Councilman Joseph Borelli. De Blasio said Monday that he will “definitely” be marching in the Columbus Day Parade. And he also suggested that some controversial statues might not be removed. In some instances, he said, the city may add a plaque that would provide more context and history.

Columbus is known for discovering the Americas while sailing for Asia, but also for aggressive moves to colonize and oppress natives.

In a brief interview with Observer following a news conference where she endorsed Eric Gonzalez for Brooklyn district attorney, James said she wants the Columbus statue to stay put.

“My positon is this: I think the Columbus statue should remain but I believe this is a teaching moment, an opportunity to teach about the history of America and that’s what we should take advantage of,” said James, a Democrat.

James suggested that Columbus’s story is somewhat more complex than that of Confederate generals.

“This all began as a result of discussion of Confederate ‘heroes’ who rebelled against our country and so I think with regards to Christopher Columbus, it’s a little bit more complicated and a little bit more nuanced and my position is the statue should remain,” James continued.

The violence stemming from a white nationalist rally in Charlottesville has reignited calls for the removal of confederate memorials throughout the country. James recently wrote a letter to U.S. Attorney General Jeff Sessions to request that he conduct an investigation into some White House staff members’ ties to white supremacists. (Two of those three staff members have since departed.)

The mayor initially indicated that he was weighing removing the statue, though he declined to comment on any specific statue during the first Democratic mayoral primary debate.

He has since said that no decision has been made and that he will soon name the members of the commission who will be conducting the 90-day review of statues and monuments on city-owned property.

Mark-Viverito recently called for the removal of several statues at a news conference, including the Columbus statue. Mark-Viverito said Columbus had a checkered role in history, but James said she disagreed with the speaker’s assessment of the explorer. 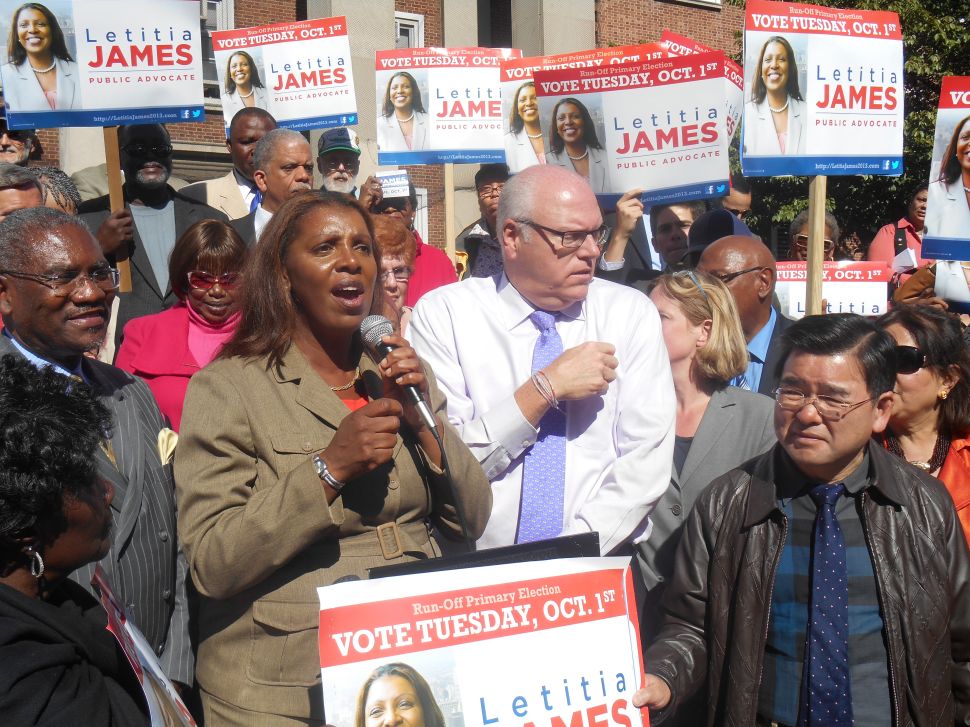