“Look there’s Anna Faris. She’s always here!” My friend Kelly nodded over to the dairy section of the Trader Joe’s off Sunset in West Hollywood. Stars!  They really are just like us. It was December in Los Angeles. Faris was inconspicuously shopping in a T-shirt and shorts, sans hubby Chris Pratt and their child. She was buying yogurt. No, I do not remember what kind, but I wanted to know. I wanted her celebrity diet secrets. What kind of milk does she drink? Is she buying dairy, almond or soy?  So many questions. I would not be that person in the grocery store who would barrage a celebrity for diet secrets. So that was that, and there is my run-in with Anna Faris. Far from exciting, but humanizing to see her shopping at Trader Joe’s. This was a woman who had good taste in food, and cared about saving money on groceries.

I envy celebrity couples. Particularly the female counterparts of many of these matches, with their svelte figures and botoxed faces that look forever young in a natural, non-plastic way. I’d love to be part of a power couple. I admire the actresses who have dared to get behind the camera, as Faris has. I’ve always had a thing for Anna. She’s underrated and has been for years. With producing credits for What’s Your Number and The House Bunny, she’s more than just an on-screen presence. More recently, with her podcast Unqualified and a forthcoming book of the same name, she’s shown she’s not just a pretty face. It was less than a year ago that she was live-tweeting Chris Pratt’s day of preparation for the Guardians of The Galaxy Volume 2 premiere. I wanted to vomit at the cuteness of it—chronicling their seemingly normal, day-in-the-life routine for a red carpet night. With that adorable, archived moment stored online for the world to forever see, who could imagine that they’d both be announcing the end of their relationship in coinciding social media posts just months later?

People always seem to be in shock when a celebrity relationship doesn’t work out. Most humans are in shock when their neighbors break up. This is mainly because everything seems so perfectly happy on social media.

But when I witness any breakups online, civilian or celeb, I’m not surprised at all. No matter what their feed has ever led me to believe. I’ve been there myself.

Only a few days before I left my ex, we had a witty exchange on Facebook. He posted something cute on my wall, I obligingly responded. I was on autopilot, and corresponding as I would to anyone.

It’s easy to appear happy on the internet. It takes only a few seconds to “like” or post an affectionate photo. What’s not easy is couples therapy, or dealing with the issues that can take months to work out.

Have you ever seen a status update that has said: “Week eight: another day of therapy with George…this may not work out.” What about an Instagram post of an angry couple, post-fight? It’s doubtful.

If anything, they’ll share moments from happier times to overcompensate for what’s lacking in real life. That is, right up until everything breaks, when people quite often go silent. In my flailing marriage, a little while before we ended things, I noticed my husband’s more frequent habit of tagging me in photos from our happier times together, as if that would somehow magically solve our problems. The situation was sad. A happy emoji or picture couldn’t make up for the emotions that were laking in our real lives. And it added to the appearance that things were fine, when they weren’t.

Social media can become a tabloid about your friends’ personal lives. Sure, we half fill it with political and celebrity dirt, but the most exciting kind of gossip comes from the people we know. One would sooner get-off on a Facebook post from a cousin announcing a breakdown than another installment in the saga of Blac Chyna and Rob Kardashian. Why? Because the cousin is far more relatable—existing in our real lives. You can actually reach out and ask what happened, or your can get the dirt from your family if that’s the kind of thing you thrive off of. Many do. But it can also be a way of knowing when to reach out, when to provide a caring ear for a friend going through something hard.

So I learned the hard way, by going through a breakup, how authentic to be with my online persona. I’d say I’m more transparent now, but also more careful about how much I share.

Based on my past mistakes, I’m hesitant to post anything on social media regarding any new romantic relationships I enter, at least for now. I know it’s just fodder for gossip—I’d rather share that information in person. And now I also realize, things must be going well if I’m not really concerned about posting at all. That means I’m focussed on reality, rather than crafting some kind of story for the world to see.

One of the hardest things about modern day romance is how it all sticks around. You can’t simply rip up the newspaper containing your wedding announcement like you used to after going through a divorce. We all leave internet footprints that many times cannot be erased. Post-divorce, as I was chatting with the man who wrote about my wedding ceremony for The New York Times, he brought up an outstanding point.

“You’d be surprised how many people ask for those wedding announcements to be taken offline when things go wrong, but that’s what you deal with now. The marriage may not last forever, but the evidence of it will linger online.”

These days, the  information is there whether you like it or not. Last month Chris Pratt was tweeting about aloha shirts, and now he and his ex are tweeting about the end of their marriage. But their honesty seems like the right approach. Getting the truth out about the reality of what’s happening can feel as if a weight has been lifted off of your shoulders. You no longer have to pretend. It’s a relief when you can finally breathe and let the truth out, no matter how much you fear disappointing people or being the subject of gossip. Some will just talk, but for us non-famous folk, friends for whom this is news might also reach out to let you know you have support. Celebrities or not, breakups are not fun to go through, especially alone. 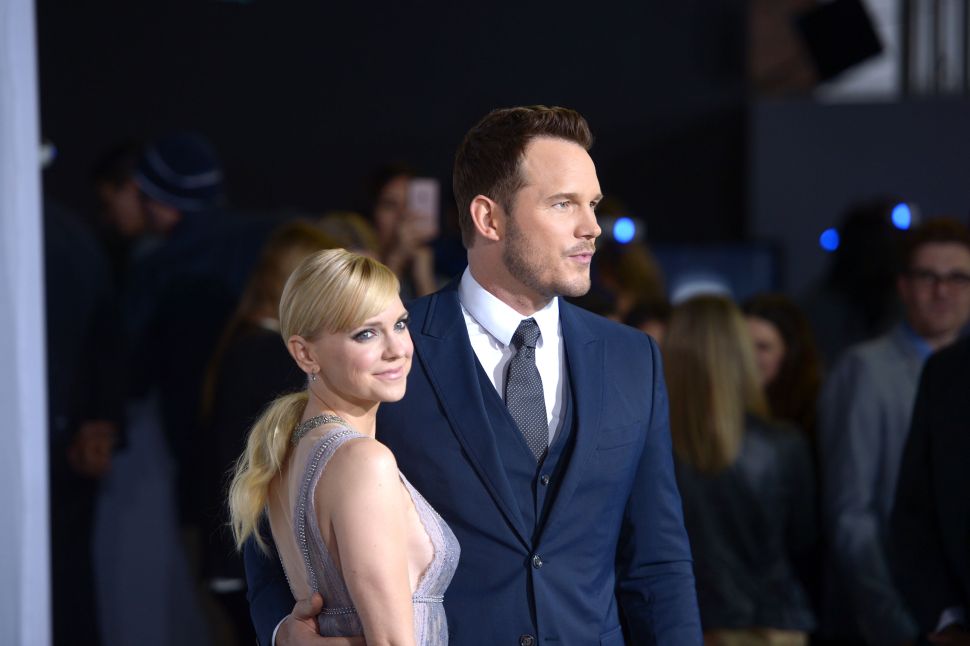