The Only Living Boy In New York is a movie about the mating habits of dinosaurs.

Actually, it’s a film about the mating habits of super rich literary bohemians living the highlife in Manhattan, a species not yet extinct but so rare at this point in the 21st century that even their chief chronicler, Woody Allen, has been forced to make either period pieces or movies set in Europe. This is a film that gives a lot of lip service to a lost Manhattan. As Jeff Bridges declares in a gruff voiceover, “SoulCycle is the only soul this city has left.” Okay, sure, but what do they care? These characters, flitting off to black tie affairs in yellow cabs like the ladies from Sex in the City, are hermetically sealed off from the city they complain about by their wealth, neuroses and general lack of curiosity beyond whatever gorgeous human is standing before them. Having the city push back against these bubble dwellers might have lent this this comic drama a spark of dynamic tension. As is, the film feels flat and curiously tone deaf. After all, this may be the absolute worst time in American history to make a sex fantasy for a privileged white bro child, which is all this light variation on the theme from The Graduate ultimately is.

That said, The Only Living Boy in New York is not without its charms. They come mostly via a terrifically winning lead performance from Callum Turner as the title character. (“Am I the only living boy in New York?” is an actual question he asks in the movie.) The British actor can, at moments, feel like a nascent movie star in the neoclassical sense, with shades of Richard Gere and James Dean. Indeed, he has almost enough charisma to keep the film afloat after we lose interest in the fate and foibles of these droll and well-to-do Manhattanites. And then there is Jeff Bridges, playing his magic alcky neighbor whose intense interest in the boy almost justifies the kid’s sky-high self-involvement. He is good, goofy fun delivering what feels less like a Bridges performance than it does one of those Coachella holograms. Only instead of Tupac, it’s Nick Nolte circa 2002. While there are other movies currently in the theaters that mine better and more meaningful cinema set in a similar zip code (I am thinking specifically of Gillian Robespierre and Jenny Slate’s marvelous Landline), Turner and Bridges together make this film of questionable concept at least one that you can happily let pass over you when it accepts its future landing spot between Seinfeld reruns on TBS.

The hook of the movie is right out of a 1980’s teen sex comedy, and might have been better served in that form. When Thomas (Turner), an adrift would-be writer, can’t convince his out of his league best friend Mimi to fall in love with him—she’s played with a self-assurance that relies on no man by Dope‘s Kiersey Clemons— he sets about stalking and then seducing his father’s mistress. Despite moving as far away from his parents as they could imagine— from the upper West Side to theEast Village—Thomas is still tethered to his folks. He awaits approval that is not forthcoming from his imperious editor father (Pierce Brosnan), while protecting his mentally ill mother (potential gubernatorial candidate Cynthia Nixon) from the outside world, including from his old man’s indiscretions.

Enter Kate Beckinsale as a freelance book editor, Johanna. (Along with the Simon & Garfunkel track that inspired the film’s wan title, Dylan’s “Visions of Johanna” is regularly referenced and finally played.) Johanna is every English major’s idea of cheesecake: a little messed up and feisty in a flirtatious way. But, unlike Mimi, she never has enough agency to push back on whatever role has been assigned to her by the men in the story. It is odd that the film manages to grant Beckinsale two attractive lovers but never manages to create so much as a glimmer of sensuousness or even much sex appeal. Along with being Thomas’s intensely nosey neighbor, Bridge’s novelist character provides voiceover that gives a glimpse into these people’s inner lives as well as an idea of what the screenwriter thinks New York writers are meant to sound like—essentially, a more world-weary Carrie Bradshaw.

It is unfortunate that the filmmakers— director Marc Webb ((500) Days of Summer and The Amazing Spider-man) and writer Allan Loeb (Things We Lost in the Fire and Collateral Beauty)—have coated what could have been a fun and silly romp with a glaze of unexamined rich white male privilege. Not only does it remove the film from a national zeitgeist that has never been more conscious of the issue, but it undercuts much of the fun to be had in this otherwise handsomely presented comedy. (Personally, I will never tire of seeing Central Park in fall, no matter the context.) The game and attractive cast, especially breakout star Turner, simply deserve better than what Webb and Loeb have ended up delivering: a film with a self-regarding title that in the end describes perhaps the one person on earth capable of fully enjoying it. 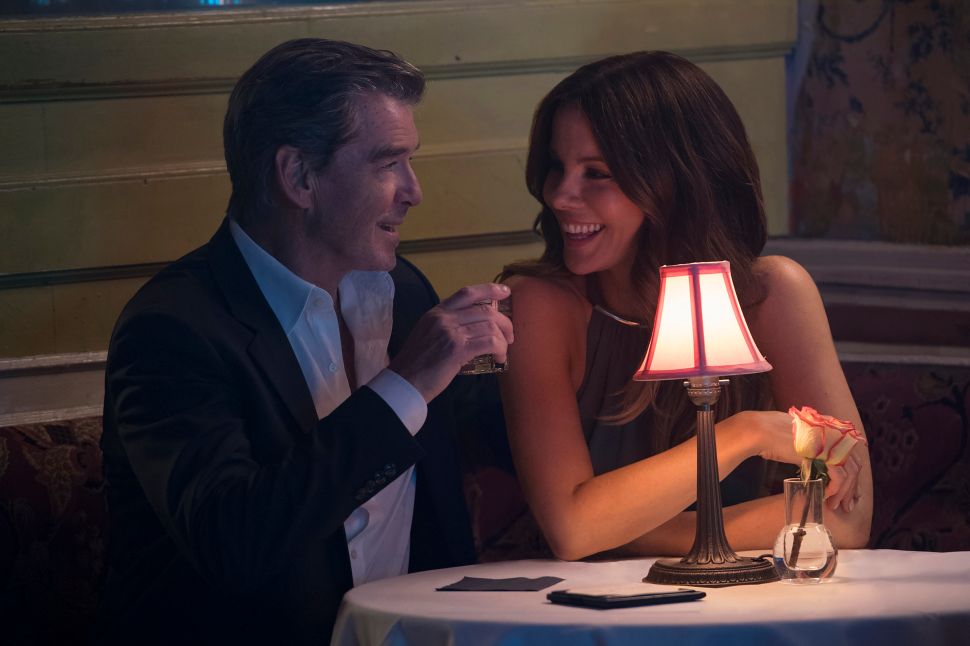