Following haute on the heels of Thom Browne’s Wimbledon-inspired collection of artfully pleated skirts, carefully detailed polos and pristine blazers (obviously in all-white), Pharrell Williams is rolling out a tennis range of his own. However, his collaboration with Adidas is much more colorful—and actually constructed to withstand a heated match on the court, thanks to court friendly sneakers and moisture-wicking technology such as Adidas Climacool.

Replete with punchy accents of color, in hues of yellow, red, plus royal and navy blue, this range of shorts, jackets, cable knit sweaters, tennis skirts and coordinating sneakers has a decidedly ’70s feel. The inclusion of off-white pinstripes and a focus on headbands certainly adds to that notion. And that’s no coincidence, as Pharrell culled inspiration from the most iconic players of the era, no doubt checking out getups worn by John McEnroe, Vitas Gerulaitis and Bjorn Borg.

To model the collection, the brand tapped German player Alexander “Sascha” Zverev and Spanish champion Garbiñe Muguruza, both of whom are longtime members of the Adidas family. The two pros offer examples on how to wear the clothes in motion, while the models in the campaign show how to simply look good in these Williams’ designed threads.

The collection will be released on August 31, just three days after the start of the U.S. Open—but don’t worry, the tennis championship runs until September 10, so there are plenty of opportunities to wear this tennis gear on the court and in the stands. 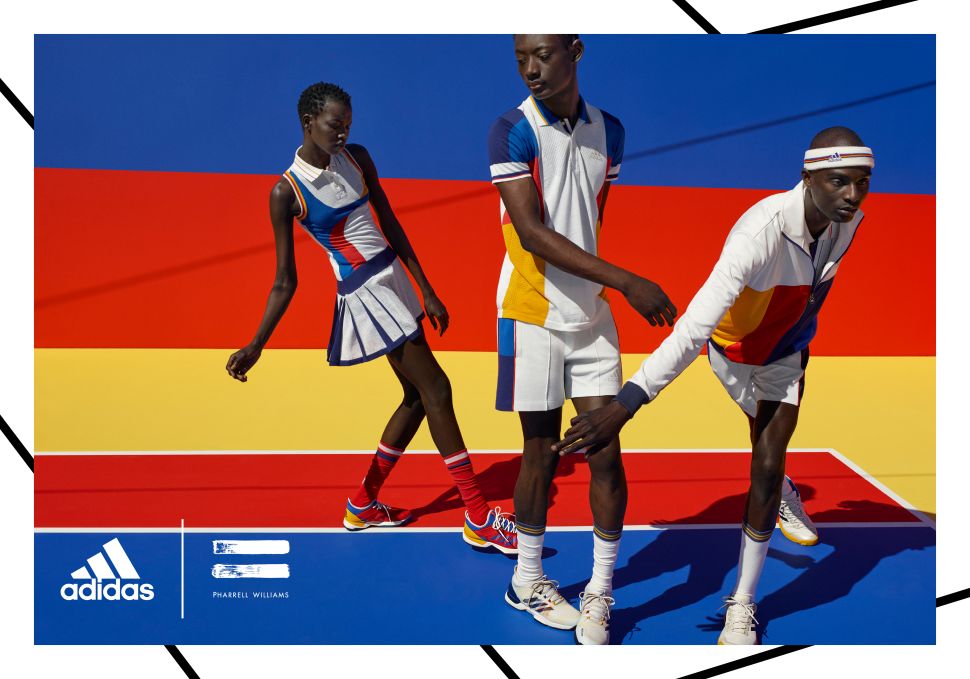