I once dated a trust fund guy who was a compulsive gambler. His idea of a romantic evening out was pulling an all-nighter at one of those illegal underground poker places. At first it was annoying, but then I forced myself to watch the (now “classic”) film Rounders. He would compare himself to the Matt Damon character in the film—on a physical and mental level. I would smile and nod, while silently disagreeing.

It wasn’t uncommon for him to stay at a table for up to eight hours. I’d come to meet him at the tail end of one of his gambling sprees, developing a false interest in the game in hopes that he would genuinely like me. He always kept a poker face about how much he won—or lost.  Without blinking, he’d casually join a table with a $400 buy in. But I knew that selling cars for his father wasn’t paying that kind of cash. Later I heard from mutual friends that he’d pissed away his entire trust fund at those shady poker dens. I remember in particular one very-early morning around 5:30am, when a fist fight almost broke out at a table over the dealer’s hand and who was owed the pot. Trust-fund guy immediately backed down. Surprisingly, the man he argued with agreed to split it. As we left the secret location he promptly vomited on the sidewalk. The other guy apparently had a gun tucked into the waistband of his jeans.

“I wouldn’t argue with him. I’m surprised he even offered to split it. We both have family money, but mine is clean and his isn’t,” he said.

I didn’t go to back to the underground lairs after that. I didn’t want to be the woman held hostage or killed over a gambling disagreement. One week later two people were killed at that same spot over a similar disagreement. I became too scared to even walk past. Trust fund guy eventually dumped me along with his illegal gambling habit, walking away from wild cards, and wild women. And yet, all of the time I spent at that questionable “gaming club”—which I really didn’t know was illegal until several years later—ended up to my advantage. Watching poker games for hours taught me something out of boredom. I learned the game. This came in handy a few years later when I was applying for a job as a (legal!) poker dealer in Los Angeles. I might have been horrible at it, and it only ended up being a brief stint, but I loved that job.

“God I hate Dan’s obsession with the Mets,” my friend Joan recently told. She had met the guy while drunk at a bar during a game. “I should have been honest, but it just kind of happened and I woke up at his place in a Met’s jersey,” she said, shaking her head with regret. “I guess I drunk-agreed to go to a game with him, because we have special tickets for one in a few weeks. All I’m hoping is that he buys me beer and that the food at the stadium is as good as everyone says it is.”

“Baseball games are fun,” I said. “Just cheer when he does. At least you’re not dealing with a Huskers fan.” I once pretended to love the Nebraska team to impress a guy when I was living in Hollywood. Little did I know this would involve a trip Big Wangs on Cahuenga Boulevard at 8:30 am to fake-like beer and football. It was the worst two hours of my life. The guy was a complete asshole, maybe because he could tell I was faking it. That was the moment I vowed to never again pretend to like anything for a man. It would only turn into a dating disaster.

So, I’m sheepish to admit that when the guy I’ve been seeing (and who I like, a lot) became extremely excited in anticipation of the Game of Thrones season premiere, I panicked.

“Winter is here!” he declared. I set to brainstorming on where we could watch the season premiere together.

But I felt so much guilt. I didn’t even know what he meant by “winter is here,” other than it being weather-related, and not at all true of our current season. But I was determined to watch the show with him and so went begging for HBO GO logins to catch up—alas, with no success. (Dad, your subscription has expired.)

I wanted him to be happy. And I just didn’t have the heart to admit I hadn’t even started the series yet. (Though it was something I’d wanted to do for a long time! Way before we became romantically involved.)

When the night rolled around and we started watching, I became fearful that he would ask me a question and my answer would give me away. So I vowed I would not lie, I would tell him the truth if he asked me. I wanted complete honesty, even if it meant I lost some cool points for pretending that I knew what was going on.

I sat watching in a panic, ready to be outed at any moment. But, surprisingly, I made it through. I had no idea what the hell was going on, but it was really good. The pre-teen female sword-fighter was a great surprise. And everything I’d heard about the death count proved to be true, an entire room of people keeled over within the first five minutes.

So here’s the sum of my GoT knowledge up to this point: Peter Dinklage is on it. There are dragons in this kingdom and they belong to a woman with awesome silver-blonde hair that I might show my hairdresser at my next appointment. Also, a lot of important people die in it on a regular basis. I recognized a lot of off-screen characters who were mentioned from the names that populated my social feeds when each one had died in past seasons. Also I recognized the name Hodor from that “Hodor Door-hold the door” meme of someone exiting a subway car. As for the “red wedding,” I assume that has to do with blood more than a fashion statement.

I turned to my friend Madge for a little more back story, but she hadn’t seen it either.

“I tried to watch it, but I fell asleep during the first episode, even after someone had their head chopped off,” she said, no help at all. “Are you going to fess up that you don’t watch it?”

And that’s when I decided, even though I hadn’t been caught in my white lie, I would tell him anyway. “Yes. I’m going to be honest about it, and I’m going to start binge-watching it as soon as I can. I’m missing out on too many conversations about this show as it is.”

“Just say you watch it,” she suggested, testing my resolve not to slip into past behaviors. “Don’t people just die and fight on it?”

“Probably,” I said, “but I want to start things off on the right foot with this guy,” I said. And I do, even if that means admitting I don’t watch a popular show that almost everyone else I know watches, and that I may have brushed over that at the start. If I’d told the truth, I would have spared myself 40-minutes of fear of being found out, and actually enjoyed the show, which it turns out I really like. So with some honesty and active bingeing, I’m sure the next watch-party will be much more fun. According to Google it has the most Emmy wins of any other show ever. This beats faking joy at a football game any day. 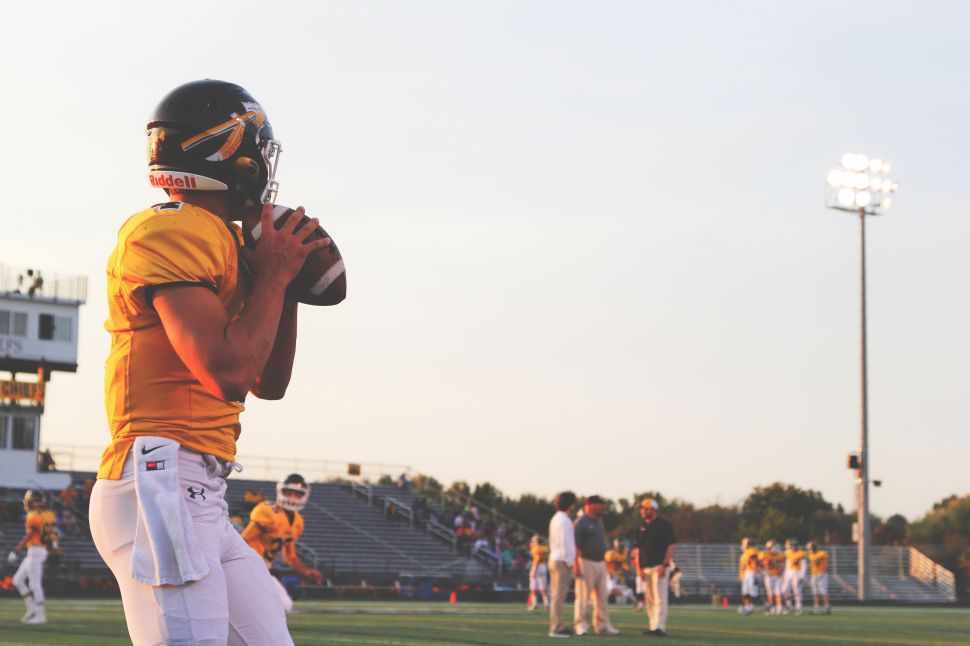