There’s nothing quite like sleep away camp in the summertime—just think about the bug juice, s’mores and camaraderie. It looks like socialites, athletes and celebrities got to experience said companionship for themselves, only without the marshmallows. Celebrities and CEOs flocked to Google Camp last week, and according to Page Six, it was far more exclusive than even the most high end summer camp experience.

Snapchat’s CEO tech bro Evan Spiegel attended (without his wife, it seems, although it would have made for quite the honeymoon), alongside music business bigwig David Geffen, Prince Harry and Emma Watson (unclear if her entrepreneurial boyfriend, Princeton grad William Mack Knight,  joined in). Sean Penn, Kevin Durant, Michael Hess and Dasha Zhukova were also spotted on the vacation.

Geffen posted a few Instagram photos offering hints of the other exclusive guests, which was strictly verboten. In fact, guests were encouraged to keep the trip private, especially on social media.

Even though we now know who quite a few of the attendees were, the camp itself is super secret, but we can assume they’re not singing “Kumbaya” around the campfire. The retreat is hosted by Google at the ultra-luxe Verdura Resort, which definitely doesn’t have any cabins. The all-stars spent three days talking about everything from public policy to the internet (okay, that part sounds like nights at camp, only minus the bunk beds). But it’s not all about work; the actors, royals, athletes and tech royalty also attend wine tastings and undergo spa treatments. Guess they don’t have much time for crafting friendship bracelets, but one can hope Prince Harry and Hermione found a connection.

And on the last night, there’s a concert at the Valley of the Temple. This year, Lenny Kravitz and Elton John performed, making for the ultimate social. Hopefully tube tops, straightening irons and glitter abounded. 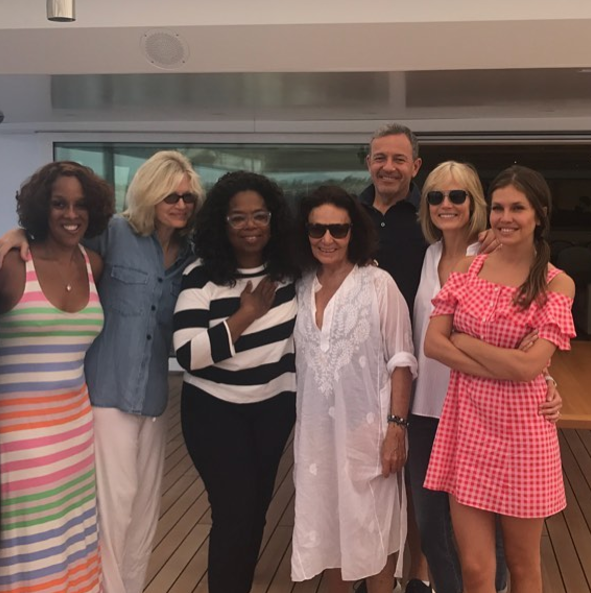