For over 100 years, the best answer to white supremacy has been Abraham Lincoln. To lead America and abolish slavery, he first founded the Republican Party.

He faced resistance to his election by Democrats governing the southern slave states. Eleven of the 33 states at the time seceded, seven even before he was inaugurated, as his unshakeable commitment to the principle of equality was so obvious to all.

He led among the most powerful armies in world history at the time into the Confederate southern states to put down the insurrection, and abolish slavery. But die-hard Democrats continued the resistance, forming the Ku Klux Klan to overturn his legacy of equality in the defeated confederate states.

The Klan was the terrorist, military wing of the Democrat Party. The Klan used the most hateful violence to enforce Jim Crow segregation in the South. It was only finally defeated after a majority of congressional Republicans joined divided Democrats to vote for President Kennedy’s Civil Rights laws in the 1960s. The Civil War statues the resistance is currently taking down are monuments to lifelong Democrats.

But for over 100 years, former members of the Klan continued to be elected and serve in leadership positions in the Democrat Party, the most prominent being Senate Majority Leader Robert Byrd. Senate Democrats even elected Byrd, who is the longest serving senator in U.S. history, to the Senate Democratic leadership over Ted Kennedy in the 1970s. Current Attorney General Jeff Sessions prosecuted and dismembered the Klan in Alabama as a U.S. attorney before he was elected to the Senate in 1996.

To this day, the Democrat Party as an institution has never apologized for slavery, the Civil War, the Klan or Jim Crow segregation.

But now it’s time to move on, extending equality from law to economics, in the form of broad based prosperity for all. That would benefit the poorest and most in need of all racial and ethnic backgrounds, including blacks, Hispanics and legal immigrants. It would also benefit blue collar working people, the former backbone of the Democrat Party.

Leadership in that fight is open today to both parties. President Kennedy advanced across the board tax rate cuts for all taxpayers in the 1960s. President Reagan explicitly followed that same policy in the 1980s.

Reagan added pro-growth deregulation and spending restraint, reducing the economic drain on the private sector. He also added restrained, anti-inflation monetary policies restoring stability to the dollar and drawing job-creating investment to America from across the planet.

In both cases, those policies created booming economic growth, reducing poverty and promoting economic equality. Reagan’s boom lasted 25 years, from late 1982 to late 2007. In the first seven years of Reagan’s boom, the economy grew by almost one-third, the equivalent of adding the entire economy of West Germany, third largest in the world at the time, to the U.S. economy.

That restored so much social harmony that Reagan was able to enact liberalizing immigration reform in 1986. It has been the slow economic growth and weak recovery of the last decade that formed the foundation for today’s bitter politics.

Lincoln based his political philosophy and his economics on the text of the Declaration of Independence. Clarifying what the Declaration meant by “All men are created equal,” he said that “was intended to include all men, but [the Declaration’s authors] did not intend to declare all men equal in all respects. They did not mean to say all were equal in color, size, intellect, moral developments, or social capacity.” They meant all were equal “in certain inalienable rights, among which are life, liberty and the pursuit of happiness.”

He summarized the Declaration as, “We proposed to give all a chance.” He explained the resulting essence of the American dream as “The prudent, penniless beginner in the world labors for wages awhile, saves a surplus with which to buy tools or land for himself; then labors on his own account another while, and at length hires another new beginner to help him.”

Lincoln was consequently a forerunner of both Kennedy and Reagan in arguing for pro-growth economic policies that would benefit blue collar working people and the middle class, as well as the poor and dispossessed. You would never find Lincoln, Kennedy or Reagan campaigning on a promise to throw coal miners out of work, as Hillary Clinton did last year.

Peter Ferrara is a Senior Fellow at the Heartland Institute, and Senior Policy Advisor to the National Tax Limitation Foundation. He served in the White House Office of Policy Development under President Reagan and as Associate Deputy Attorney General of the United States under President George H.W. Bush. 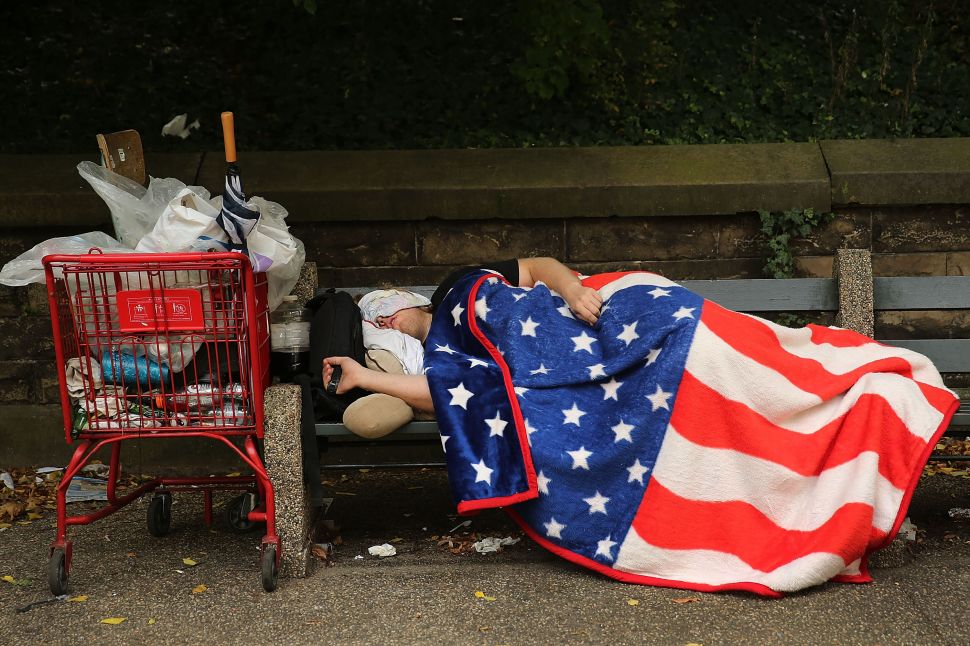