Millions of Americans are tuning to watch an incredible battle between multiple bands of fighters, each led by a power-hungry leader out to destroy the other rivals with a slew of backstabbing maneuvers, even as a foe that should unite them prepares to destroy them all.

Oh, did you think I was referring to Game of Thrones? I’m talking about the Republican Party.

It’s hard to believe that years ago, President Ronald Reagan came up with the 11th Commandment: “Though shall not speak ill of another Republican.” Today’s Grand Old Party (GOP) seems more comfortable beating up on fellow members than going after their Democratic Party rivals. The question is why.

In Reagan’s time, Democrats controlled many institutions. The president felt his party shouldn’t attack each other, simply because they couldn’t afford to. There were so few of them, and they didn’t have their own media institutions. But more power gives the party something to fight over. And that’s why the circular firing squad has emerged.

The Senate was described as the saucer to cool off the hot House of Representatives tea in a conversation between Founding Fathers that has attained mythical status. But today, conflict between the two chambers tends to boil over. Most recently, we saw this with the failure to repeal Obamacare. The House claims they did their part, but the Senate points out that the Lower House bill would spell doom for the party in 2018, which is why they didn’t it.

2) The President vs. Congress

President Trump hasn’t held back displaying his disdain for congressional leaders. The reason for the dust-up between Trump and Senate Leader Mitch McConnell is more than just blaming each other over the health care debacle. Each is trying to control the GOP policy, even though the U.S. Constitution sets clear lines of responsibility, with the legislature writing the laws and the executive enforcing them. Both branches seem intent on doing both.

3) President vs. His Cabinet

The Bureaucratic Politics Model, as a theory, contends that members of the foreign policy team fight with each other more than other countries. Similarly, when it comes to domestic policy, the White House team fights among itself more than it fights Democrats. Again, the various factions in the Executive Branch are fighting over who controls the policy and the direction of the party, as well as the country. The stakes are high.

Politicians have a different perspective with those who cover the news, and there is mutual disdain. Politicians see the media as too critical and unappreciative of the battles and issues at stake. Media members think politicians engage in too much debate with too few results and despise the secrecy of rushing legislation to the floor before legislators are sure what’s in the bill.

When it comes to breaking a big story, getting the biggest audience, having the best sources, or winning the Pulitzer, journalists can be a cutthroat bunch. Take Fox News for example. Journalists compete with each other even as the network struggles through the loss of leaders and key broadcasters. Hey, it’s only business, right?

In addition to the battles between politicians and pundits jockeying for power, there’s a civil war waging for the soul of the Republican Party. Even though Reagan sought a “big tent” party, modern conservatives have been bashing each other like warring parties in the Five Kingdoms of Game of Thrones fame.

A) Free Marketeers vs. Economic Nationalists

Republicans fight over economic policy, especially trade. Some party members seek to lower taxes on trade and prices on goods, while others advocate for protectionist barriers to keep American jobs—even if that lowers international cooperation and raises the costs of domestically-produced goods.

B) Libertarians vs. Social Conservatives

The Libertarian-wing of the party believes that less government means more personal freedom in regards to lifestyle choices and actions. They are challenged by hard-core religious traditionalists who seek to convert their doctrine into government law. And you’ll find apostles of both in the party of the Right.

Reaganites remember how their president cut taxes to stimulate job growth and investment and seek to replicate his success. They run into opposition from deficit hawks, who note that such policies led to government debt skyrocketing to near bankruptcy levels and gave the richest people in American even more money. The GOP has no shortage of both types of ideologies.

This debate is as old as America itself. Those seeking a limited military abroad quote George Washington’s Farewell Address, in which he admonished Americans to avoid “entangling alliances” abroad. Such spirit has fought American participation in the League of Nations and the U.N., as well as nearly every war the U.S.A. has fought. Interveners contend that such views are old-fashioned, as America’s enemies are far more capable of striking our shores with devastating effects. A better defense would be a good offense, in their mind.

Idealists in the Republican Party feel the country need to align itself with countries that share our values, like free markets, free governments and free trade. Realists in the Republican Party argue the U.S. needs to be more pragmatic and partner with countries with the most power (like Russia), the most resources (like Saudi Arabia), and the biggest markets (like China)—even if these countries are led by brutal tyrants.

GAME OF THRONES AND THE TRUMP ERA

Of course, such divisions have been present in the GOP before, but they’ve been accentuated in the last two years, especially as Trump overcame squabbles in his party over these power centers and won the presidency. But as long as the party continues to fracture, they’ll be more susceptible to their rival from the Left.

In this season of the Game of Thrones, all of the Kingdoms of Westeros are destroying each other while a threat from beyond the country threatens to annihilate the continent. Will Republicans solve their internal disputes to unite against their common enemy, or will petty politics reign supreme, as it has on the show? Tune in this year to see. 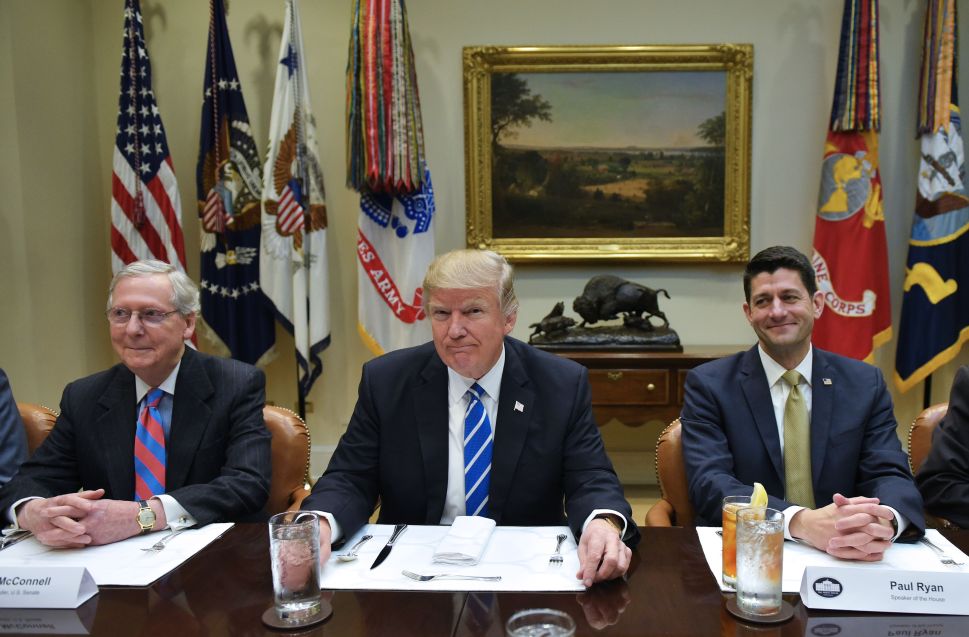