On Sunday, Adult Swim’s Rick and Morty doled out a dragon-sized burn to Game of Thrones, which wrapped up its seventh season earlier that night. Following the episode, an in memoriam-style view card appeared on screen and read, “The Writing on Game of Thrones [2011-2016].” Ouch. While season seven of the hit fantasy drama had its ups-and-downs, it has certainly still delivered on sheer entertainment. Apparently, Rick and Morty co-creator Dan Harmon agrees.

THIS FADED IN AT THE END OF RICK AND MORTY AND I AM LOSING MY GD MIND. BEYOND SAVAGE. #GameOfThrones pic.twitter.com/DQ4SyvH3MD

On Monday, the animated comedy’s official Twitter account let it be known that the show’s creative team had nothing to do with the pot shot. On Wednesday, Harmon (who co-created the series with Justin Roiland), further distanced himself from the war of words in an Instagram post.

“People keep asking me about that tragically tacky card Adult Swim aired after Rick and Morty that insulted the writing on Game of Thrones,” Harmon wrote.

“I keep thinking I should say something, but I keep waiting for the time I’d need to write something worth saying because rule number one in talking s— is you better talk way better than the s— you’re talking about,” he continued. “But then I remember the truly frustrating thing about that card is that it breaks that rule, being a lazy, craftless jab at the WRITING on my favorite show.”

Harmon, best known for creating the beloved Community, joked: “Sorry if that anonymously unearned snark bummed you out, but I’m the one that has to spend the next TV Guide Showrunner’s Dinner checking his vodka for Essence of Nightshade.”

Many fans took issue with season seven playing ti fast and loose with the timeline and internal logic of its characters, but any stretch of TV that includes “The Spoils of War” deserves respect. Clearly, Harmon thinks so as well. 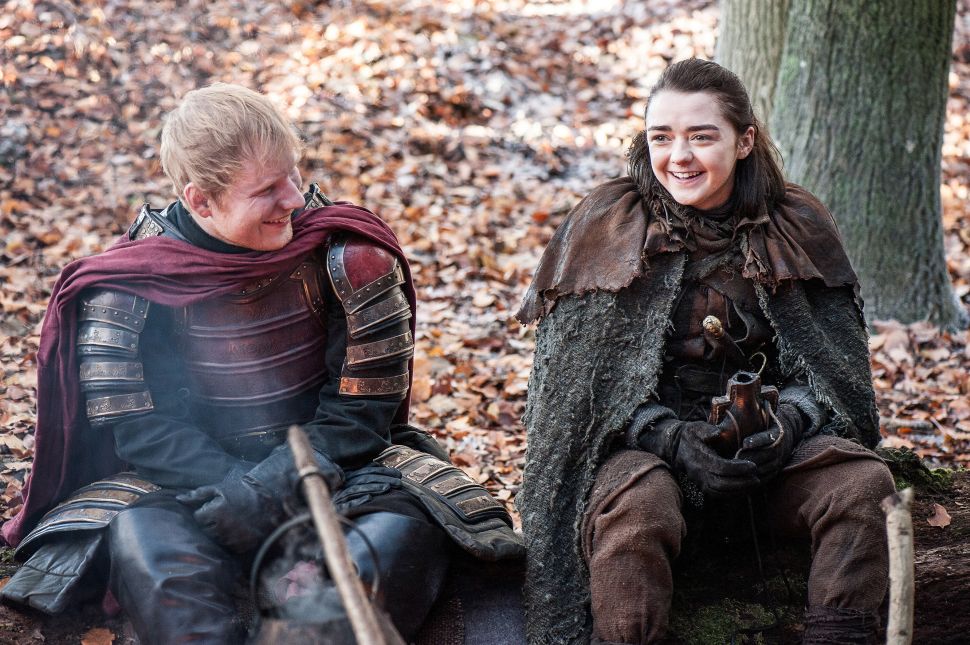