On July 28, the journal Science Advances published a report announcing that the highly flammable and toxic liquid vinyl cyanide was discovered on Saturn’s moon Titan.

Titan does not have , rather its seas are made from liquid methane. Vinyl cyanide, also called acrylonitrile, is prevalent enough in these seas that it could potentially create 10 million cell-like balls per cubic centimeter of ocean. It’s predicted that this could form liquid membrane structures (azotosomes) in Titan’s upper atmosphere, creating a possible shelter in which life could thrive. Though without , the moon’s liquid methane cycle is similar to the Earth’s cycle, and these compound membranes could provide microscopic life protection from the moon’s subzero temperatures, which average around minus 228.4 degrees Fahrenheit. Whether these membranes exist, however, is yet to be discovered. Scientists hope to send a probe to sample Titan’s seas. But even if the membranes are found to be in existence, that’s not to say that signs of life are expected. This discovery is nonetheless important because it adds another candidate to the list of entities in our solar system that have the potential to harbor life.

“Although the existence of vinyl cyanide (C2H3CN) on Titan was previously inferred using Cassini mass spectrometry, a definitive detection has been lacking until now,” the report’s authors noted. “Recent simulations have indicated that vinyl cyanide is the best candidate molecule for the formation of cell membranes/vesicle structures in Titan’s hydrocarbon-rich lakes and seas,” they added. NASA’s Cassini spacecraft detected a molecule on Titan with the same mass as vinyl cyanide, but scientists only confirmed the identity of that molecule in this latest report.

With few contenders, the most promising candidate for life in our solar system is Jupiter’s Moon, Europa. “If you get past the surface, Europa looks a lot like Earth,” Georgia Tech Planetary Scientist Britney Schmidt said in a statement in February 2017. Schmidt is one of the leading scientists conducting NASA’s preliminary research for a 2021 mission to sample Europa’s surface and subsurface.

Saturn’s moon Enceladus was also ruled a potential prospect for life in 2006, when the Cassini Spacecraft detected frozen oozing from geysers on the surface. In 2015, NASA confirmed that liquid currently flows on Mars, and scientists are continuing to propose more ways to try to find life on the red planet if it does (or once) existed. Though Venus’s scorching temperatures make it an unlikely candidate for life, its atmosphere, where temperatures are cooler, may provide opportunities for microbes to thrive. Two other Jupiter moons, Callisto and Ganymede, are suspected to host liquid underneath their surface, but if so, it would be buried far too deep for scientists to reach, likely lying at least 60 miles under the surface. The JUICE mission, expected to launch in 2022, will explore these two moons with the hope of learning more about the extent of their life-supporting qualities. 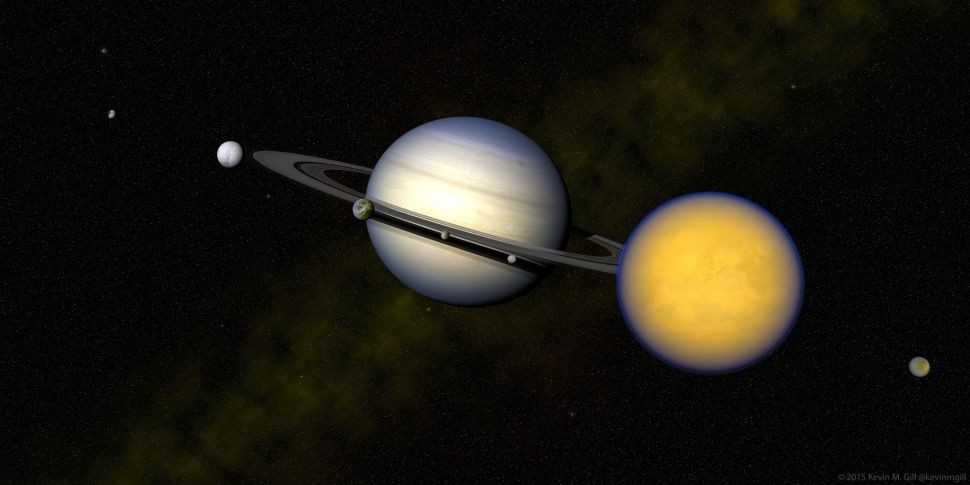