I have a lot of great things in the works. A lot. But I needed money. So I went to a temp agency. They asked me if I knew how to use Excel and if I had good organizational skills. I lied.

I met with a round of women who made sure I had all my limbs, good skin and a pleasant disposition.

I have big things in the works. Dreams so close, like an almost finished memoir and perhaps a role on Real Housewives of New York. But, even so, freelance checks staggered in late and I had a pit in my stomach.

During my lows, I wondered if I was fit for living at all. If only I could dream in money and numbers like those men (and fewer women) at big banks.

And then an opportunity appeared in my inbox.

“Temporary Administrative Receptionist at Hedge Fund, $20 per hour, 10AM- 2PM Monday through Friday. Are you interested?”

The best part of the job was that it was temporary. The pay seemed low for a money-making institution, but how could I feel entitled to choice when all I had was need?

Oh, hedge fund, Hear me roar! What will I wear?

My friend Mandy recently found herself entangled in a hedge fund tragedy. Mandy had dabbled in the art world, modeling, and whatever, until she hit rock bottom and slept on my parents’ couch for five nights straight. That’s when she finally got her shit together and decided to take a job she hated.

She wore Dolce & Gabbana and pumps (standard office attire) and, of course, fell for her boss.  He was a typical man, serious, making deals with thick thumbs tapping on the table ratatatap.

Mandy was crazy in the way women can get. Unorganized chaos, unpredictable, far from linear. Even with a regular paycheck, shit went wrong. Like once, a sharp knife ricocheted off the kitchen counter, missed her co-worker, and stabbed Mandy in the thigh. She smiled. Another time, a glass crumpled in her hand just like that.

And somehow she ended up an executive assistant, organizing her boss’s life, a joke. This hot mess wasn’t one for fixing.

She had to do awful things like maintain his calendar, oversee his yacht staff and helicopter schedule, take orders, be pleasant, and pretend she gave a shit. There was only one thing to do: Fuck him.

Let’s get real. She had him from the moment she walked in the door. She only got the job because she was attractive. And as GetBullish’s Jennifer Dziura wrote on Facebook, “Beautiful women can always seemingly get in the door. But then they get blocked in the doorway and harassed because the opportunity wasn’t real in the first place.”

But Mandy was determined to do the harassing herself. She’d break down this hot-headed alpha male like a little bitch, even if it killed her.

It wasn’t complicated. She wore stilettos, propped up her tits, nipped her waist in a pencil skirt, and leaned over and lingered. Next thing you know, she’s sucking his cock and he’s buying her tennis bracelets.

The whole thing was a bad idea, so they moved in together.

He’d surprise her with sweet little nothings like wads of cash, $10k at a time (which she really appreciated), and it seemed they were in love. Then one night, Mr. Hedge Fund’s trusted driver pulled up to their town house. He had fallen for Mandy himself and bore bad news. Mr. Hedge Fund had been sleeping with many a pretty lady at the company. Each night he left with a different assistant, hooking up in the back seat. The driver watched. He had footage. Did she want to see?

Mandy was angrier than an ocean storm, and man should know never to fuck with the ocean. She saw Mr. Hedge Fund at the top of the staircase and crashed into him like a weapon. He lost his balance and tumbled to the bottom. He was only bruised (didn’t die or anything major), but he did fire and break up with her. She was just trying to make a point, and never intended on hurting him; she thought he was too big and strong to fall.

I got this. I can do Finance. It’s not like I’ll be betting on other people’s money, anyways, and I’ll certainly get to dish out smiles. I’ll pretend I’m on the set of Mad Men. “Hello,” I’ll grin, “and welcome to X Fund. Can I offer you a coffee? Well, then, how about some ? Sparking or flat?” I’ll take notes for my next novel, The Receptionist. A thriller, where the women were all once brilliant creative types—a violinist, an opera singer, a painter—whose dreams died when they started making real money. Forget about art and bettering the world.

My interview is tomorrow and I feel nothing but dread. This is what responsibility must taste like. The temp agent sends me an encouraging message, “Good luck!” like I’m up for a big part in a Spielberg film.

Attached to her email, a PDF with interview tips.

The Most Important Non-Verbals:

I got this. And no, I’m not going to fuck my boss like Mandy. But just as I get cocky, an email.  My interview’s been postponed.

Several days later, a thoughtful note from the temp agent, “I just left word to see what the hold up is and will be back to you soon.”

And then the final blow, “Sorry, but they went in a different direction.”

I didn’t get the part. Sweet relief mixed with terror. Perchance, it didn’t help that if one Googles my name “sex” is pretty much everywhere next to it, along with some very tasteful lingerie shots.

And then God heard my prayers, a residual check from a TV show I co-starred in 2012 landed in my mail box. It seems the “Temporary Administrative job at Hedge Fund” just wasn’t for me, which is probably for the best, because I don’t like to be told what do unless, of course, I’m in bed. My corporate American fantasy may be dead, but at least I get to write about sex. 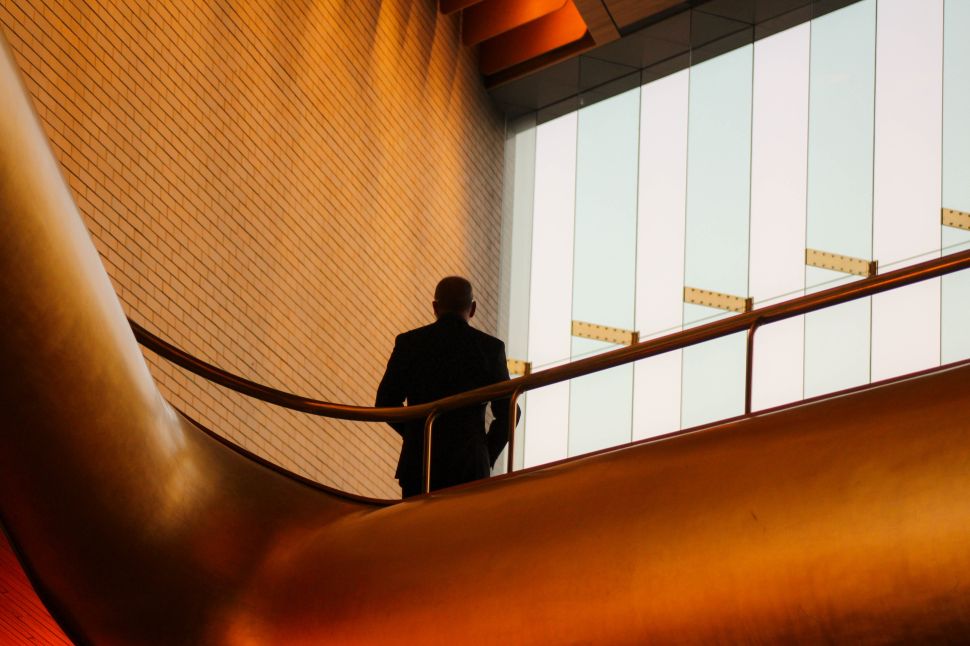