I grew up in France in the 90s, which means I was very exposed to American culture. In fact, I thought I knew it quite well when I moved here—I thought I knew everything about Americans.

One year after setting my bags down in California, here are a few things I’ve learned about the locals. Everything that follows is, of course, completely subjective:

1. Americans always believe in something

“And you? What’s your spirituality? What do you believe in?”

I can’t count the number of times I’ve been asked this question. And I can’t express the extent to which it leaves me embarrassed and stammering (especially when the question comes up at a dinner and everyone stops talking, waiting for my response).

At first I didn’t really understand. I thought they were asking me if I was religious, so I said I was the very definition of atheism. The dubious expressions this resulted in made me realize my response was not satisfactory.

The fact is, it seems that all Americans believe in something. For many, it’s God, but if not, it’s the almighty dollar (see point #5), past lives, reincarnation, the power of therapeutic rocks…or something else.

The problem is, I don’t really believe in anything other than the virtues of a glass of red wine after a hard day’s work. And my only religion is making sure to cook my spaghetti “al dente.”

For better or worse, Americans tend to have strong convictions.

2. “Community” is a sacred value

In French, the word “community” is used primarily to indicate people of the same origin or belief system. We say, for example, the “Muslim community in France” or the “French community in Los Angeles.”

When I arrived in the U.S., I was surprised to hear how often people used the expression “my community” (or just, “my people”). This was unfamiliar to me, and it took me a while to pinpoint exactly what the word meant to Americans—it was clearly more than just “my friends, colleagues, or neighbors.”

Over time, I came to understand that it designates a sort of “chosen family,” with whom you share values and who supports you in hard times. I have a theory about why this is so common here, and I could be wrong but here goes:

Americans, because they do not have a state that protects them in the same way we do, create solid, small groups within which to survive and thrive. They rely on these groups. They bond and love them. And that, for a staunch individualist like me, is a good lesson. It’s something I’ve come to both admire and value.

3. For them, Europe is sort of one big country

This almost never fails: When I tell an American I’m from France, they start recounting their numerous trips to Europe.

“That’s funny—ten years ago, I went to Prague for a week.”

Since I’m polite and never want to offend people, I pretend to find their accounts fascinating. I also love Italy; I’ve never been to Prague; I know London well. But tell me—what is the connection between that and me being from France?

It’s sort of like someone saying, “I’m from Montana,” and the other person replying, “Oh, I just went to Maine last week—great lobster rolls!”

4. Americans who live on the coasts don’t hide their contempt for those who live in the “flyover” states

When I tell Californians or New Yorkers I’ve been to Oklahoma (for work, not vacation), I always wish I could film their reaction. One even responded, half-seriously, “But why? Were you being punished?”

If it’s true that in every country those who live in big cities look down on their rural counterparts and assume they’re less progressive, the phenomenon is at its peak in the United States.

Even if I am aligned far more with the values of those from California (by and large), I’m still just as interested in middle America. Every time the people from there are put down, I find myself defending them as if my mother were from Oklahoma and my father from Arkansas.

In France, saying something like, “I want to make a lot of money,” comes across as vulgar, and you risk turning off whoever you’re talking to. Now, God knows France is a capitalist country. But the outspoken love of money and signs of wealth are still very politically divisive.

In the U.S., my liberal friends aspire to financial wealth, and they’re open about it. That has confused and honestly bothered me for a long time. However, I’ve also come to understand that you can easily lose everything in this country (for example, with one health problem: read my article that is basically a love letter for Obamacare). Since grasping this, I’ve become more understanding.

It’s in my work as a journalist that this obsession with “gain” has posed the biggest problem. Every time I reach out to an organization in the U.S. for an interview or segment, their communications people always ask some version of, “What’s in it for us?” They want to know what they’ll get out of it, or what percentage of my piece will be devoted to them before they’ll respond to my questions.

I’ve worked with a lot of foreigners and never had to handle this kind of thing anywhere else. And it’s really, really annoying.

6. Americans have an extremely healthy relationship with their flag

It would have been great if someone had prepared me for what awaited me when I stepped out my door on the 4th of July in the U.S.

I was at first quite surprised to cross paths with a neighbor dressed in American flag shorts. I laughed. Then I stopped laughing and started marveling as entire families clothed in the colors of the flag began filling the streets.

I honestly thought I was hallucinating when I saw people in their cars with red, white and blue wigs on, driving around while flying American flags from their windows. In fact, I started taking photos discreetly to send to my friends in France, because I knew they’d never believe me without proof of this phenomenon.

In France, such an obvious and enthusiastic showing of patriotism would never happen outside us winning the World Cup (let’s be real about how often that happens), or presidential election events—and even then, not a lot, since the French flag has become somewhat of a symbol of the far right.

In France, because pride in the flag is associated with nationalism, it’s almost always suspect. Never—and I mean never—would you see a French flag embedded in someone’s garden, and even less frequently on a t-shirt.

I was invited to a 4th of July BBQ, and my housemates encouraged me to wear American colors. It’s actually quite silly that we have such a complicated relationship with the flag: our colors are exactly the same, so I could have worn them for Bastille Day.

Ultimately, Americans are kind of like our distant cousins. People talk about them a lot when you’re a kid, and you’re shown lots of pictures of them. Maybe you envy them a bit. Then, when you finally visit them, you have this sense of familiarity, but at the same time you can tell you weren’t raised in the same way.

You look at them with surprise, often.

Héloïse Rambert is a French journalist based in Los Angeles. 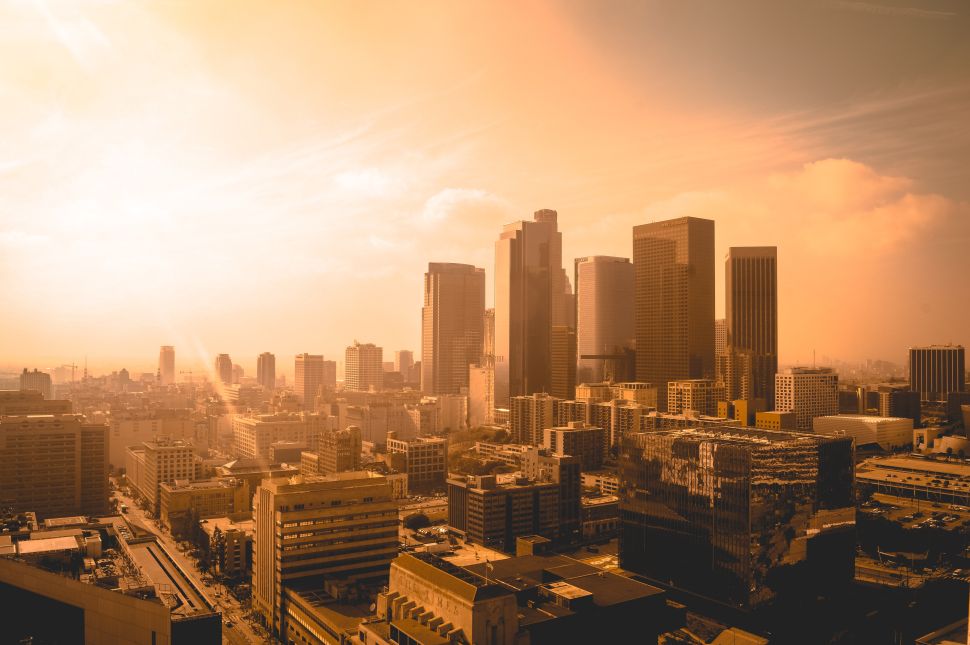