Politics has become the pimple on America’s forehead: It’s impossible to ignore because it keeps telling us it’s there. Technology makes it conspicuous. The same social media network that notifies you what your friend’s college roommate had for lunch loses all control when the former director of national intelligence opens his mouth.

Back in the day, when computers were operated by punch cards and existed for no other reason than to calculate payroll and, occasionally, the angle of reentry for a moonshot, a guy like James Clapper would have left Washington and taken some position in a university or something, never to be heard from again.

Instead, he is paid handsomely to stay near institutions of power, where he engages in political disruption from a position of ostensible authority for the purpose of helping his party win the next election. His dark suggestions of Russian interference are tweeted, shared, and instagrammed.

That’s how Washington works. It is a large, lucrative polemic where insiders produce click-bait to influence the successions of power and get rich in the process.

As a result, politics is intruding into all aspects of American life, going where it does not belong.

Sports were once an escape. When newspapers were made of pulp and not electrons interacting with liquid crystal on a screen, people would often bypass the politics and go right to the sports page, which was usually at the end.

Supreme Court Justice Earl Warren once said, “I always turn to the sports pages first, which records people’s accomplishments. The front page has nothing but man’s failures.”

Even that escape is impossible now.

Last week, sports news was all Colin Kapernick all the time, except when Robert Lee was unceremoniously removed by ESPN from calling a college football game for the sin of having the same name as a statue that had suddenly become controversial.

Those were the dominant sports stories in the lead up to the fight of the century, which featured a generational personality who also happens to fight in a mixed combat sport against an undefeated boxer under rules invented in the 19th century by the Marquess of Queensberry, only with eight-ounce gloves.

McGregor v. Mayweather was the sort of spectacle that even the Irish were willing to fly 5,000 miles to a desert to see for themselves.  The sports pages should have called an armistice in their Kapernick coverage to provide broad cultural insights.

Could you imagine what a Gay Talese or a George Plimpton would have done with this? Instead, America was served a week of agitprop, delivered to them by FM radio voiced aspirants who dominate the genre.

The fight itself lived up to its cultural moment. A sports media less obsequious to the latest political outrage might have noticed that the fight pitted entrenched sanctioning bodies against an organic, popular movement. Sound familiar?

The referee failed to give the puncher his puncher’s chance, which is un-American. It was as if the Republican Party was able to count Trump out after the Billy Bush hot mic, like they wanted.

Perhaps making America great again can someday include providing a fighter who has gone wobbly but is not knocked down a few moments to recuperate, as is required under the rules, so that he can mount one last flurry. We are, after all, a nation that was built upon thrown-from-the-heel, unlikely-to-land, desperation punches, beginning with the Revolutionary War.

It was fitting that a Category 4 hurricane hit on the day of the fight, because it was way back in 2005—18 months after the launch of Facebook—that the broadband internet first combined with the news cycle to politicize something that really wasn’t: Hurricane Katrina.

President Bush had just won the election and was riding a wave of mild popularity. He had the best and the brightest political handlers skilled at never descending into conflict. As a compassionate conservative, he spent every day being nice to everybody.

The media needed something to show him to be, deep down, a mean bastard. And God sent a hurricane.

The institutional failures during Hurricane Katrina were portrayed as deliberate policies of the Bush administration to evoke political condemnation. It was one of those exquisite set ups where even a defense of the president could be juxtaposed against images of the displaced to portray him as detached.

That’s when the cell phones in everyone’s pockets first started to buzz: click-send, click-send. Within a week, the world believed Bush himself sent the hurricane.

Bush sued for peace and admitted his failures. Far from tempering the coverage, that only increased the taste for blood. It was the moment Republicans first gained an appetite for a leader who would never, under any circumstances, put his tail between his legs in the face of media condemnation.

Now, in the age when click-send has become the more technologically sophisticated post-share-angry face, President Trump was ready. He has a new team that is more restrained, meaning less likely to pick fights.

For going on five days, Trump has been the model of civic concern, dressing and acting as if he himself is on the ground filling sand bags. For Republicans—even those who support the nationalist agenda he espouses—it was a welcome relief to the Steve Bannon days of constant and unremitting provocation.

Sometimes it is best to be appropriately awestruck over the human accomplishment of sports and the force of a hurricane. And to not politicize everything, even if everyone else does. 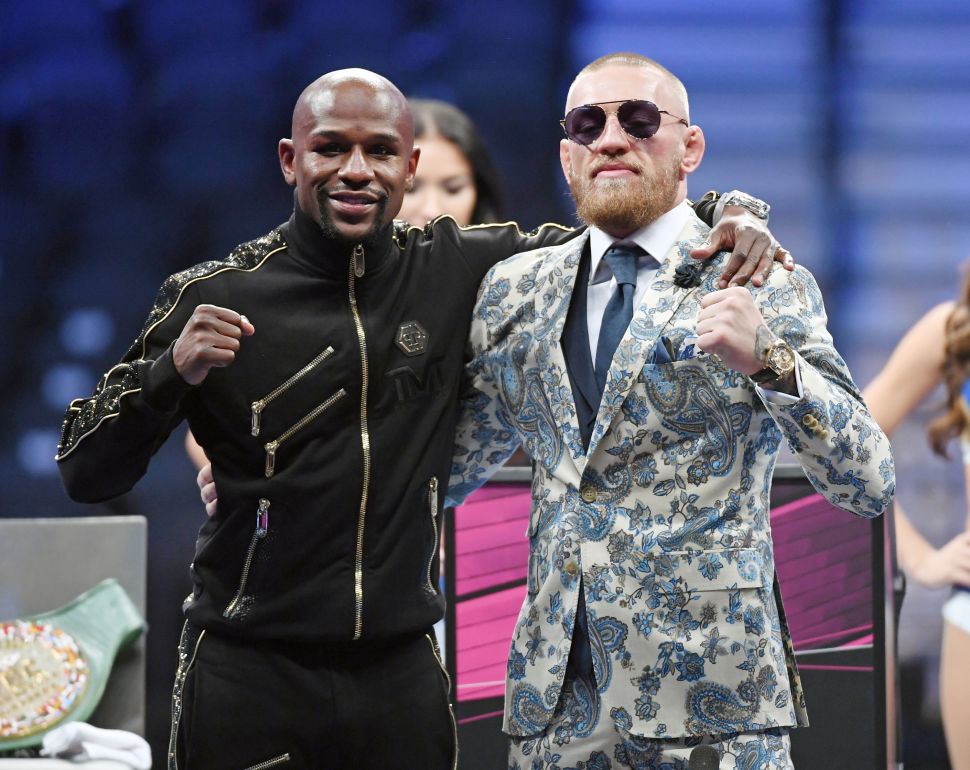