For the most part, we all loved Star Wars: The Force Awakens. The J.J. Abrams film elegantly introduced a new generation of characters while paying proper homage to the original trilogy and reigniting the franchise. But we’d be remiss if we didn’t note that The Force Awakens raised a ton of questions while answering virtually none of them. Arguably the biggest unknown audiences shared walking out of the theater is just what the hell is going on with the missing Luke Skywalker?

Actor Mark Hamill shed some light on that mystery in a recent interview with EW, and it sounds as if Luke is kind of a buzzkill these days.

“The fact that Luke says, ‘I only know one truth. It’s time for the Jedi to end…’ I mean, that’s a pretty amazing statement for someone who was the symbol of hope and optimism in the original films,” Hamill said of Luke’s dialogue in the first trailer for the upcoming Star Wars: The Last Jedi.

“When I first read it, my jaw dropped,” Hamill continued. “What would make someone that alienated from his original convictions? That’s not something that you can just make up in an afternoon, and I really struggled with this thing.”

This is not the man Daisy Ridley’s Rey was expecting to find. To Rey, Luke Skywalker is a legendary hero, not a broken man who wants nothing to do with the galaxy’s conflicts.

“She’s so hopeful to everything,” Ridley told EW. “And obviously there’s a hint of, ‘What the hell?’ ”

The Force Awakens subtly implied that the betrayal of Adam Driver’s Kylo Ren and his murder of Luke’s other apprentices was the catalyst for Skywalker’s self-imposed exile. While that’s understandable, it’s hard to believe that the man who brought Darth Vader back from the Dark Side would sideline himself amid the destructive rise of the First Order. It’s something Rey will have to reconcile with in The Last Jedi.

“I don’t think one girl, who he doesn’t know, turning up with a lightsaber is gonna make him go, ‘Oh, shit, yeah, of course I’ll get back into the action,” Ridley said.

But what exactly is still keeping Luke in seclusion after all these decades?

“The very first step in the writing of this was figuring out why he’s on that island,” writer-director Rian Johnson said. “We know that he is not a coward. He’s not just hiding because he’s scared. But we also know that he must know his friends are in danger. He must know the galaxy needs him. And he’s sitting on this island in the middle of nowhere. There had to be an answer. It had to be something where Luke Skywalker believes he’s doing the right thing—and the process of figuring out what that is and unpacking it is the journey for Rey.”

Johnson is purposely vague in his explanations as is customary for all things Star Wars these days. Hopefully, we’ll find out the answers to Luke’s mysteries and many others when Star Wars: The Last Jedi hits theaters on December 15. 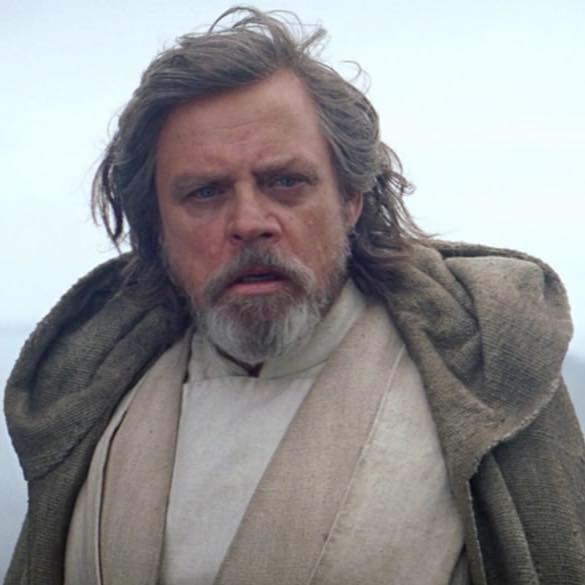