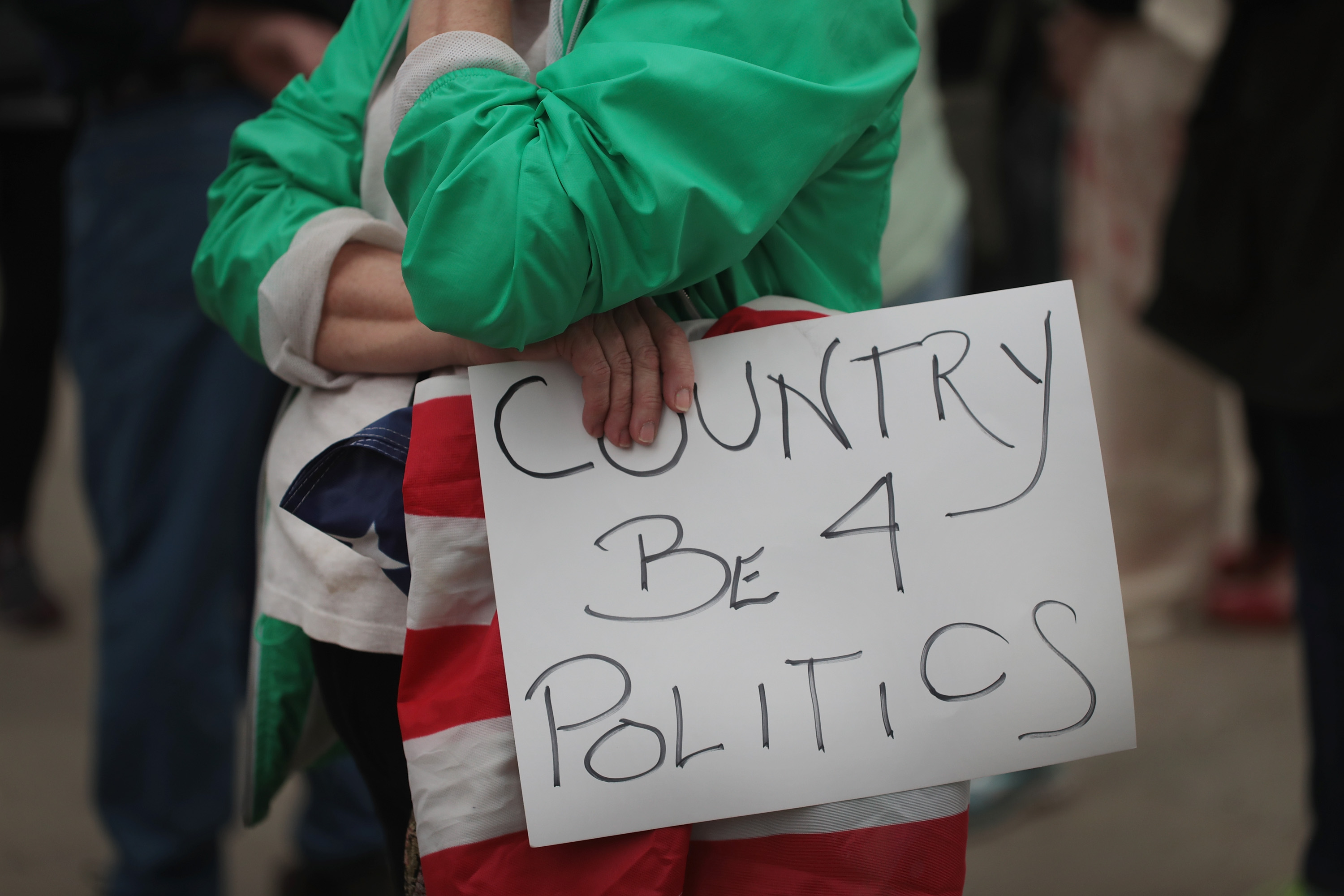 States like Ohio could lose billions of dollars in federal funds if the ACA is repealed. Scott Olson/Getty Images

Many state budget directors are starting to plan for the next fiscal year – even as debate over repealing and replacing Obamacare has stalled in Congress.

In such an uncertain environment, responsible budgeting is no easy task.

Congressional Budget Office analysis of the various Affordable Care Act (ACA) repeal-and-replace proposals report that all of them would cause tens of millions of Americans to lose health care coverage. Less has been said about the impact of Obamacare changes on individual state budgets or local economies.

As a former Ohio state senator, I have firsthand experience with the complexities of state budgeting.

Of course, most people realize states rely on federal dollars as part of their overall budget. When the federal government takes away funding – as would happen under an ACA repeal – states are left with holes that must be filled either by implementing budget cuts or increasing revenues.

At the moment, there is no guarantee that an ACA repeal-and-replace bill will become law. There is also no certainty that Obamacare will remain the law of the land. So, states are left to operate under a worse case scenario as they plan budgets.

What does bracing for the worst mean?

A study conducted by the Urban Institute estimated federal health care spending would be reduced by US$926 billion between 2018 and 2026 should a bill to repeal and replace Obamacare pass.

Medicaid, a federal program that provides coverage for some low-income people, families and children, pregnant women, the elderly and people with disabilities, also could have a big impact on a state’s bottom line. In all states, Medicaid is paid for with both state and federal funds with the federal government bearing more of the cost.

The ACA called for the federal government to pay for 100 percent of the costs to states that expanded Medicaid to citizens earning up to 138 percent of the federal poverty level. That means that in 2017, a family of four earning less than $33,948 would be eligible for coverage. The rule included single childless adults, a departure from previous Medicaid eligibility requirements. Baked into the ACA funding of Medicaid expansion is a scheduled reduction of money from the federal to the state governments from 100 percent to 90 percent by 2020.

Not all states took up the federal government’s offer. Nineteen states – 17 of which had Republican governors – saw refusal of Medicaid expansion dollars as a way to buck Obamacare. Now, the 31 states that did expand Medicaid stand to lose the most if one of the current Obamacare revamp proposals is implemented. For example, my home state of Ohio could lose up to $3.5 billion in federal funds related to health care. Larger states like California are looking at a loss of as much as $15 billion.

Furthermore, many Medicaid expansion states assumed they would be saving money by including the expansion population. Eliminating this younger – and presumably healthier – group from Medicaid is likely to lead to additional costs to states because healthier people help reduce insurance costs overall when included in the risk pool.

For example, seven states were awarded waivers to pursue integrating care for those who are eligible for both Medicare and Medicaid. These demonstration waivers allowed states to try to replace fee-for-service payments with a “capitated rate.” Capitated rates mean providers are paid one rate per person and need to stay within that dollar amount when delivering care to a group of patients. Essentially, it rewards physicians for controlling costs. A straight repeal of the ACA would take away this tool.

So what are states to do?

Governors from both parties recognize the gravity of losing significant federal funding for health care. Another report published by the Urban Institute estimates a repeal of the ACA could cost states $1.1 trillion in uncompensated care costs which would amplify the impact of losing federal dollars.

Since a budget shortfall of this magnitude is almost insurmountable, many governors have joined together to express their concerns to Congress. Programs and services provided by state and local governments would probably be reduced or eliminated in order to balance budgets with gaping holes. Some states may choose to increase taxes to raise revenue. In others, a combination of cuts and revenue increases would be needed to even make a dent in the budget shortfall.

Of the 29.8 million people expected to lose insurance, 75 percent will go without coverage as a result of dismantling Medicaid expansion. When health providers are not being paid, they have to reduce staff and services, just like any other business. The health care foundation Commonwealth Fund projects 2.6 million jobs would be lost nationwide as a result of repealing Obamacare.

With so much at stake, some policymakers are starting to attempt to address at least parts of the ACA that need shoring up. Chief among the concerns is federal funding for subsidies that help low-income people pay for co-payments and deductibles, also called cost sharing. While the Trump administration decided to fund the cost sharing payments to insurance companies for August, it is unclear if Trump will authorize continued funding for these subsidies. Yet many health care and insurance experts have recognized that maintaining funding for CSRs would stabilize the insurance market and help states facing increased costs of uncompensated care.

Recently, a bipartisan bill was introduced in the U.S. House of Representatives to continue the CSRs. Such legislation may gain more traction in light of a recent report out of the Congressional Budget Office that suggests eliminating the CSRs would result in the need for an additional $7 billion from the federal government to fund an increase in Medicaid enrollment. When it becomes more expensive for individuals to purchase coverage on the health insurance exchange, people will likely decide to remain uninsured, resulting in increased uncompensated care. It could also increase Medicaid enrollment in states with expanded Medicaid eligibility. If the federal government chooses to walk away from sharing Medicaid funding with states, individual state governments would be responsible for finding even more money for health care.

Reinsurance is a program to provide dollars to health insurance plans that extend coverage to higher-risk patients to offset the higher costs associated with serving more complex beneficiaries. The concept has also been suggested as another state-level solution to address the uncertain fate of the ACA nationally.

Regardless of what path lawmakers chose, it is clear state and federal officials should work together to ensure policy decisions will not jeopardize individual state budgets. Most states are required to balance their budgets and could risk not meeting their obligations without a solution shaped by state and federal governments alike.

Capri Cafaro, is an Executive in residence at American University. This article was originally published on The Conversation. Read the original article. 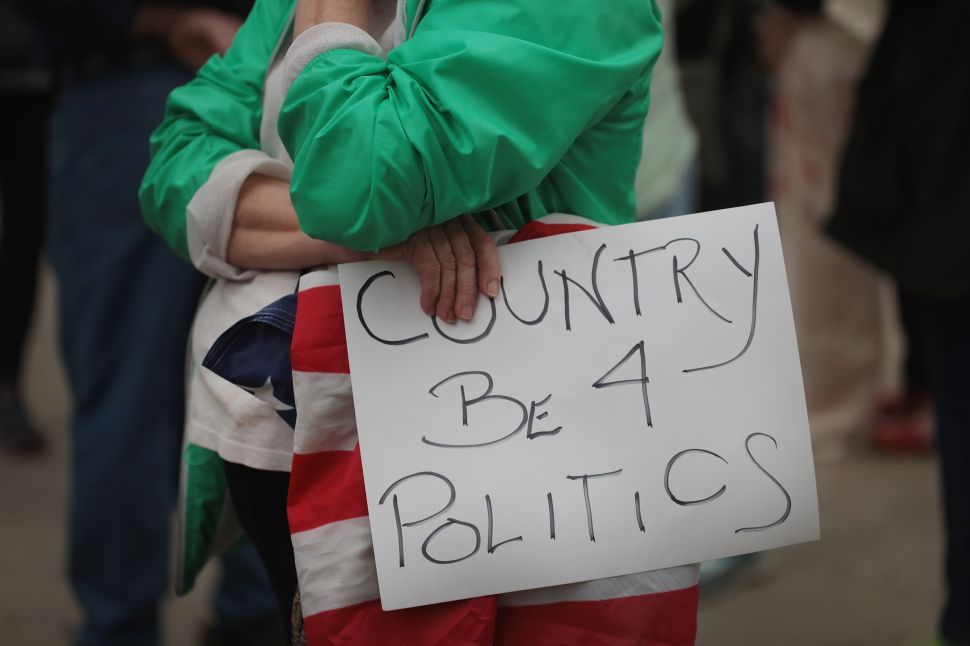