Steve Bannon is gone, but will his departure save Donald Trump’s presidency? Likely not. The same question remains: Is Donald Trump fit to be president? And if the answer is no, what will happen?

Bannon’s banishment does not make this an idle question. Suppose Trump’s errors, mistakes, blusters and missteps continue. And suppose the president stubbornly refuses to learn from these miscues, making each week more damaging than the week before.

In fairness, since Franklin D. Roosevelt became president in 1933, he and virtually all of his successors have had very difficult first years. Some of the drama was self-imposed. Bill Clinton suffered a series of unforced domestic woes from Whitewater to Travel Gate. George W. Bush’s presidency was forever changed by 9/11. Barack Obama inherited two wars and a financial meltdown. Those wars are still ongoing under Donald Trump’s presidency.

When Trump assumed office, the country was politically polarized, the government was dysfunctional at best, and the economy was sluggish.

But after seven months in office, Donald Trump shows no sign of changing his behavior. His closest advisors and new Chief of Staff John Kelly have not been able to curtail the president’s gaffes and impulsiveness in word or in tweet.

Changing temperament in the eighth decade of life is not easy and never guaranteed. Whether in threatening war with North Korea or initially refusing to condemn Nazism, racism and the Ku Klux Klan, the president seems bent on committing political fratricide directed at his critics no matter how justified that criticism may be.

Clearly, with investigations over allegations of collusion and improprieties with Russia swirling around the White House and a special counsel empowered by a grand jury to issue subpoenas and possibly indictments for family members, any president and his staff would be preoccupied regardless of innocence. But that preoccupation does not lessen the need to deal with the many crises, issues and challenges at home and abroad.

In the past, presidents left office for a variety of reasons. Several have died or were assassinated. Two were impeached but not convicted. Richard Nixon resigned facing certain removal from office over Watergate. Harry Truman and Lyndon Johnson refused second terms—LBJ over Vietnam. However, it is difficult to recall a presidency that has stumbled as quickly and possibly fatally as Trump’s.

Removing a president from office was purposely made difficult by the Constitution. Presidents may be removed for “treason, bribery and high crimes and misdemeanors.” But only the House of Representatives in the articles of impeachment can define what high crimes and misdemeanors mean. Incompetence and temperament do not seem to fall under that category. And while the “emoluments clause” of the Constitution states in part that “no Person holding any Office of Profit or Trust under them, shall, without the Consent of the Congress, accept of any present, Emolument, Office, or Title, of any kind whatever, from any King, Prince, or foreign State,” Trump refuses to believe so far that this mandate applies to him.

While talk of impeachment and removal for incapacitation under the Twenty Fifth amendment is just that, realistically, two other outcomes seem more likely if presidential performance does not improve. First, the president has premised his election and support on a base that encompasses about a quarter of the electorate. In today’s polarized landscape, that base is sufficient for the president to govern as he sees fit. However, if that base contracts, he is in mortal political danger.

The first symptom will be when his approval rating descends below 30 percent. With the 2018 elections approaching, Republicans will be rightly fearful of losing control of at least one House of Congress. That reality could lead to a forced change in presidential conduct.

Second, independently or driven by the prospect of a 2018 electoral debacle, a private delegation of senior political leaders, probably Republican in composition, could confront the president. This, of course, is what happened to Richard Nixon. Today, however, there may not be an equivalent of Watergate unless the Russian investigations prove gross wrongdoing or indictments and criminal proceedings are filed.

The obvious questions are who would form this group and would the president listen? This is uncharted territory without any political maps or compasses. Today’s politics at home and abroad would prove daunting even for a Washington, Lincoln or FDR—which is not a happy prospect for the country.

Dr. Harlan Ullman has served on the Senior Advisory Group for Supreme Allied Commander Europe (2004-2016) and is currently senior adviser at Washington, D.C.’s Atlantic Council, chairman of two private companies, and principal author of the doctrine of shock and awe. A former naval person, he commanded a destroyer in the Persian Gulf and led over 150 missions and operations in Vietnam as a Swift Boat skipper. His next book Anatomy of Failure: Why America Loses Wars It Starts will be published in the fall. The writer can be reached on Twitter @harlankullman 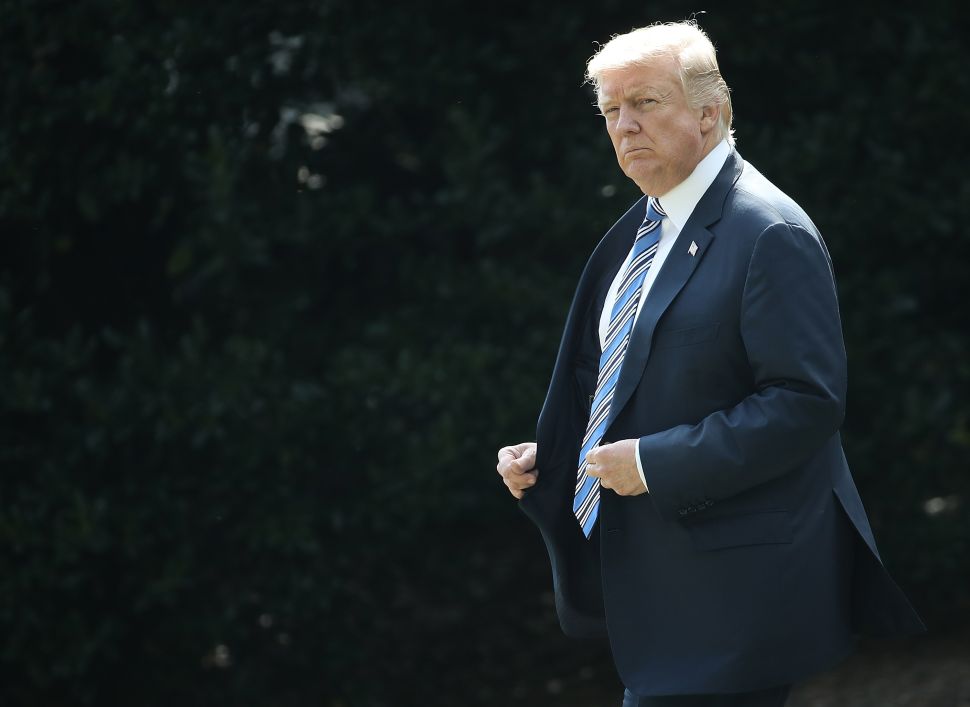