A 2015 NASA report obtained by Observer (that is soon to be publicly released) reports on the ongoing research by scientists at the NASA Jet Propulsion Laboratory in Pasadena, Calif., on the steps currently being taken to prevent a supervolcano explosion. While this type of catastrophic event only occurs every 100,000 years, an eruption of one of the 20 known supervolcanoes could pose deadly consequences for life on Earth, potentially inciting widespread famine, drought, and drastic climate change. Given that none of the earth’s supervolcanoes have exploded in the past 12,000 years for humans to have recorded, scientists are left to postulate their own theories about the implications one of these eruptions might have on a global scale.

“Our knowledge of them comes strictly from the geologic record, and the impressively large deposits these eruptions produce,” the NASA study notes. The best data currently available comes by way of the few large volcanic eruptions that have occurred in the past couple hundred years, and their recorded noticeable worldwide repercussions.

“An even larger, supervolcanic eruption would have a more noticeable global effect on climate, agriculture and human infrastructure. People living near the eruption would likely perish from roof collapses after approximately 10 cm of wet ash, which exceeds most critical rooftop loads. Survivors living farther away would need to survive extreme famine or outright starvation for months, several years, or longer,” the study notes.

The United Nations Food and Agriculture Organization estimated in 2012 that the World’s food surplus would last only 74 days. Some scientists have proposed growing mushrooms in the face of the volcanic winter that a supervolcano eruption would cause. Science reported in 2016, “even better would be raising methane-digesting bacteria on diets of natural gas or converting the cellulose in plant biomass to sugar, a process already used to make biofuel.”

The NASA scientists noted there are three active supervolcanoes in the United States: Yellowstone in Wyoming, the Long Valley Caldera in California, and the Valles Caldera in New Mexico. They focused on Yellowstone in their study to determine if the possibility of a supervolcano eruption could be mitigated. They hypothesized that by finding ways to decrease the the amount of heat building up inside the magma, supervolcanoes could be engineered so as to pose a much lower threat of erupting.

In Yellowstone’s case, around 60 to 70 percent of the heat from its magma caldera leaks to the surface, but if more heat, around 35 percent, could be transferred, this would produce a cooling effect and the supervolcano’s possibility of exploding would be greatly reduced. Yellowstone has erupted three times in the past 2.1 million years, the last of those occurred 640,000 years ago. The NASA scientists used the analogy of a leaky bathtub to explain the magma chambers of Yellowstone. They noted, “a bathtub is filled by a faucet but also has a leak—how long does it take for the bathtub to fill? In this case the magma chamber is the bathtub, and the amount of heat energy in the magma is the ‘ in the bathtub.’ The faucet represents the rate of heat flow into the magma chamber from below. The leak in the bathtub is the heat flowing from the magma chamber to the surface by some combination of conduction, advection, and hydrothermal convection.”

A possible theory cited in the NASA study for accomplishing this transference of heat involved drilling deep holes over the magma chamber and pumping cold to lower its temperature. But even this wouldn’t yield enough cooling power, and could have the unintended consequence of triggering an eruption by the underground drilling that would be needed to apply this solution. Another possible fix would be to increase the within the supervolcano, but this would be a vast engineering project and require such a huge amount of resources that it would likely never receive the funding required, or clear the necessary hurdles of bureaucracy, for its implementation. The most tangible solution, NASA scientists believe, is to build loops around the perimeter of the magma chamber (so as to not disturb the pressure within it, as drilling would) and pump cool through these drilled loops. This option would also require a multi-billion dollar investment, but it’s possible it could be tweaked into a geothermal energy source. “This is a competitive price for electric power—an unexpected bonus since our main purpose is to prevent a supervolcano catastrophe. However, this bonus may be the critical factor in getting decision maker approval for such an approach,” the study added.

The NASA scientists concluded in their study that much more research was required into the nature and risks of manipulating supervolcanoes before a solution could be applied. Though implementing such protective measures would be a massive, daunting, and expensive undertaking that wouldn’t yield noticeable results for an extremely long time, the threat posed by supervolcanoes to civilization is too great to be ignored. 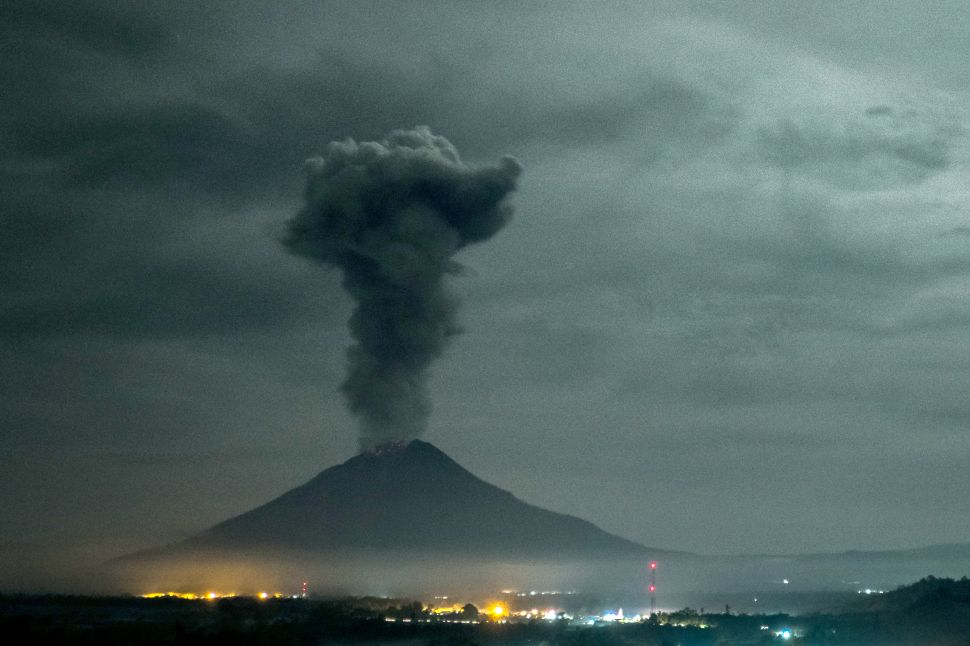