An Ariana Grande concert, a crowded Barcelona street, a Charlottesville park with a Confederate statue, and a congressional baseball game in the District of Columbia seem like completely different attacks with different targets. Even the terrorists who perpetrated the bloodbaths seem unrelated.

But they are connected—each represents a separate laboratory in an increasingly dark and deadly school of terrorism. Killers from around the world watch, learn from, and mimic each other with terrifying results, as James Forest notes in his book Teaching Terror.

“Transference is a key consideration for evaluating most counterterrorism actions,” writes leading anti-terrorism expert Todd Sandler in his article “The Analytical Study of Terrorism: Taking Stock” in the Journal of Peace Research in 2013. “Enhancing embassy security induced terrorists to assassinate officials outside the compound. Actions to secure, say Americans on foreign soil through homeland security resulted in more attacks against Americans on foreign soil.”

In another case, Professor and Chicago Project on Suicide Terrorism Director Robert Pape found that the suicide bomb vest didn’t come from Muslims. They learned about it from the Tamil Tigers, a rebel group from Sri Lanka. Just as Hezbollah learned about those suicide vests from these Marxists who could be Hindu or Christian, the Tigers plagiarized the Hezbollah attack on the U.S. Marine barracks in Beirut, using that strategy against Sinhalese barracks, killing many sleeping soldiers.

The internet has connected terrorists and eased the process by which they learn from each other. An American neo-Nazi doesn’t have to fly to Syria to visit an ISIS training camp. They learn online.

After a year of trucks and other vehicles crashing into crowds in Nice, Berlin and Stockholm, it’s no surprise that white supremacist James Alex Fields, Jr. would drive his car through a crowd of counter-protesters, killing one and wounding many. Less than a week later, an ISIS sympathizer did the same in the famous Las Ramblas street in Barcelona.

Hard-liners on the left learn from extremists of different ideologies as well. Take the extremist who wounded several people and GOP Congressman Steve Scalise at a baseball field. His location choice for the attack was carefully planned. At least two prior attackers tried to fight their way onto Capitol Hill, but the excellent security thwarted both attacks. James Hodgkinson learned from their failures and stalked his prey in an easier location. In the same way, an ISIS attacker didn’t try to blast his way into an Ariana Grande concert. He waited by the less-defended exit, hoping to maximize the body count, learning from other attacks on soft targets, according to Daveed Gartenstein-Ross with The Atlantic.

We brand terrorists as fanatics and lunatics, who would do anything, anywhere, anytime—but it doesn’t work that way. Their plots are becomingincreasingly sophisticated as they learn from each other. White supremacists learn from Muslim fundamentalists and vice versa, though both groups to hate each other. Terrorists are goal-oriented and purpose driven, which can make them lethally adaptable.

“Apparently, terrorists weighed changing risks, as rational action predicts, when they chose where and how to attack,” Sandler (and co-author Walter Enders) concludes. The only way to defeat these sophisticated attacks is to track what other terrorist groups do—no matter how different their location, beliefs and goals are. 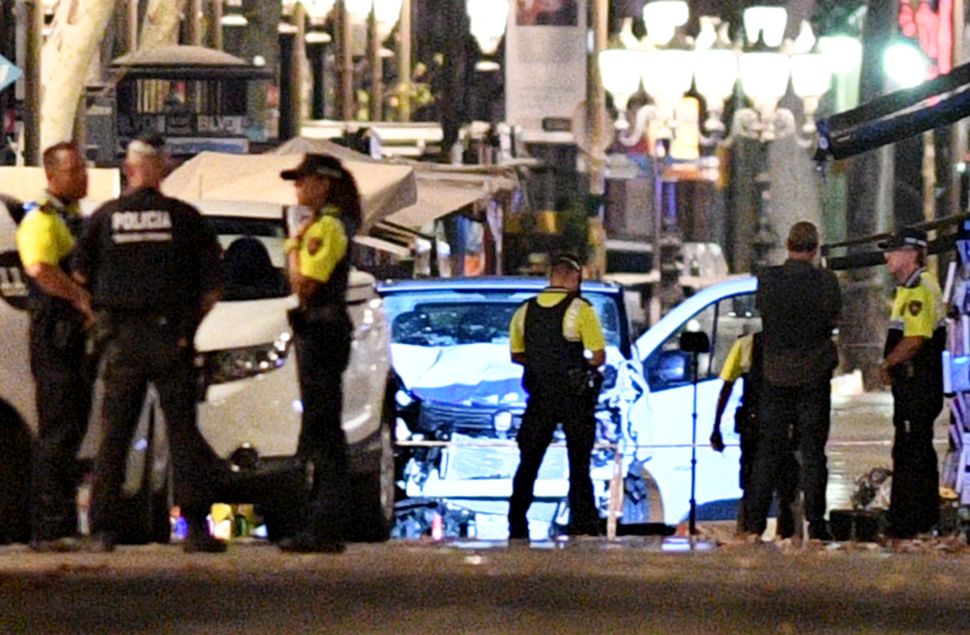