I recently heard the argument that replacing income and property taxes with a high — perhaps in the neighborhood of 25 percent — national sales tax would be a fair way to resolve our country’s economic woes. It’s certainly an interesting concept, but it would have some unintended consequences.

Local governments use sales tax to finance infrastructure projects, including the construction of new shopping malls and commercial districts. When a would-be entrepreneur wants to start a business in a certain area, he or she petitions the government to provide the land, utilities, and other associated amenities. In return, the business owner agrees to charge customers a higher sales tax for several years to pay for these services.

On the surface, a tax code focused solely on sales tax would seem to be a more equitable system. Income tax and property taxes effectively penalize people for working and owning homes, but sales tax only affects consumerism. People make conscious decisions to purchase new 4K TV sets and smartphones, meaning individuals who can afford to buy these physical goods end up paying more sales tax. In other words, sales tax affects the wealthy more than the poor — at least in terms of dollar amounts.

This “fair tax” movement is quite naïve, however, as an inflated national sales tax would only destroy entrepreneurship and further widen the nation’s income gap.

A Question of Equity

At its core, every tax attempts to shift money from citizens to the politicians we elect to spend those funds while acting on our behalf. This is great in theory as a way to pool resources for larger projects, but public choice theory suggests politicians will make choices that benefit themselves first. And why wouldn’t they, if they can get away with it? Ultimately, nobody but the government wins from increased taxation.

The problems with sales tax emerge when we consider that people with little to no income still require basic necessities such as food, clothing, and toilet paper. People cannot choose to forgo these essentials, so a tax code focused on sales tax ultimately stretches margins on the middle and lower classes until they snap.

Meanwhile, the wealthier members of society have the flexibility to choose among luxury goods, quality goods, and cheaper alternatives. While the super rich probably won’t notice a tax shift, members of the middle and upper-middle classes have a choice between reducing their luxury spending in favor of cheaper goods or staying the course and risking poverty.

Many would argue it’s a good thing that fewer luxury goods are being consumed, but this stance neglects the key effects this shift would have on the economy.

Luxury consumption is not akin to “empty calories.” This luxury spending sets trends, with early adopters establishing tomorrow’s living standards. Consider basic “essentials” like your refrigerator and washing machine — both of which literally liberated women in the 20th century — the automobile, or your last medical procedure or treatment. At one point, society deemed those items luxuries.

As the expensive luxuries of today gain mainstream acceptance, they become the standard of tomorrow. This evolutionary step is where we notice the negative consequences of sales tax.

The first generation of virtual reality headsets made their way into the wild last year, and early adopters purchased the cutting-edge technology at steep prices. Without that initial return on investment and proof of market demand, the tech companies behind the Oculus Rift and PlayStation VR would never have continued their push into uncharted territory.

History is littered with examples of luxury items that eventually become standard. Early adopters who are willing and able to pay high launch prices fund entrepreneurs’ development costs and subsidize the creation of cheaper manufacturing methods. In a sense, the rich act as beta testers for luxury items before they’re refined for mass market acceptance.

Skeptical? Look no further than the automobile. Vehicles were not necessary during the age of horses, carriages, and trains. It was not until the rich subsidized manufacturing that entrepreneurs like Henry Ford could drop prices to appeal to a larger market. Faster, safer, and higher-quality vehicles worked their way into the market, enticing wealthy consumers to pay a premium for the latest and greatest creations.

This cycle subsidized development until cars became a necessity instead of a convenience. No politician would claim a car is a luxury meant only for the wealthy, but automobiles would never have reached the same saturation had the government taxed them at a high rate from the start. Instead, automobiles would have been inaccessible to the poor, and we all would have suffered because of lacking infrastructure.

Rather than making the playing field more even, this “fair tax” approach would create a significant economic divide through the middle class. People who are able to afford luxury items would become a smaller subset of society, and it would be nearly impossible for entrepreneurs to extend a new innovation beyond the income gap between early adopters and the mass market.

The Devil Is in the Details

As I stated before, there is no such thing as taxation without associated distorting effects. Regardless of the logic behind it, every tax ends with a politician determining what to do with the money you worked to earn.

Considering we’re stuck in a world designed around taxes, the only viable option is refining the system we have. Is it perfect? No, but replacing it with another broken system will not do anybody any favors.

Drastic alterations to our tax structure would set off a domino effect that ultimately leads to significant consumer consequences. A shift to a system based solely on sales tax — or any other tax, for that matter — would upset the very fabric of the market in unexpected ways, creating problems for taxpayers and small businesses alike. It’s better to stick with the devil we know than to try our luck with a potentially worse situation. Or better yet, we could consider private solutions to supposedly public problems. 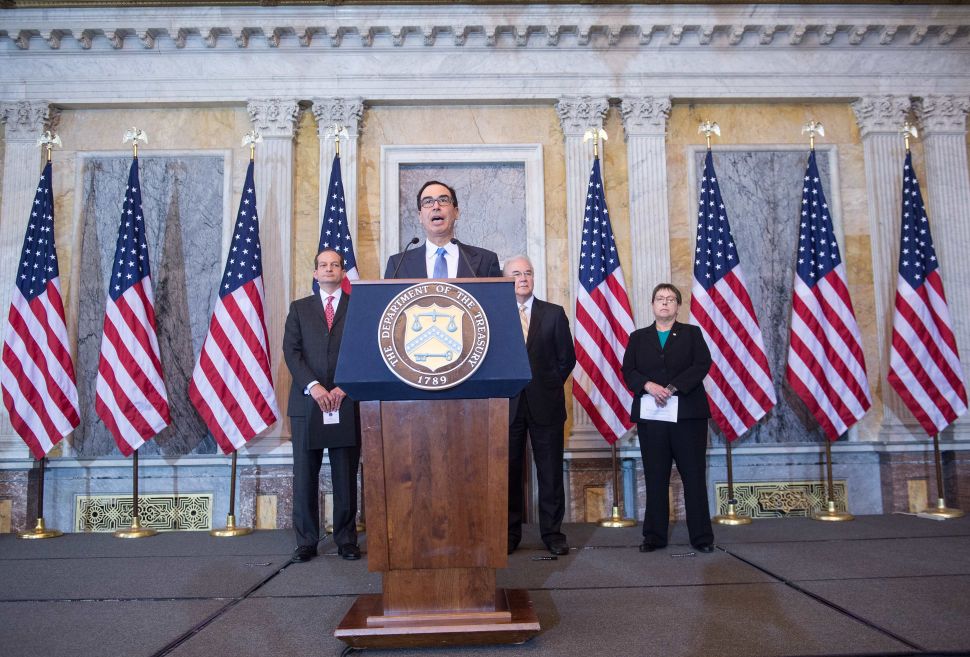