Almost everyone in our society experiences some kind of impulse they can’t control. You might compulsively update your Facebook page, buy stuff you don’t need, flip people off in traffic, or have “just one more” drink even though you’re past your limit. As therapists who have treated many of the most recognizable people in Hollywood, we’ve seen all manner of impulse control issues—it’s something we’ve experienced firsthand and understand well. Yet when we hear our phones ping to announce an incoming email or text, we feel like one of Pavlov’s dogs—we have to fight the urge to check it, even if we’re involved in something that requires all our attention.

We all have excuses for giving in to these impulses. “It’s just a momentary interruption.” “I deserve a reward.” “Tomorrow I’m definitely going to turn over a new leaf.” But by giving in to these excuses, we’re actually participating in our own destruction.

“Destruction” might sound harsh. A single lapse by itself—a dessert that’s not on your diet, a purchase over your limit, watching YouTube videos when you should be working—isn’t going to ruin your life. But that’s what’s so devious about our lack of self-control. By getting you to give in to one “harmless” urge after another, we’re creating something much more dangerous: a self-indulgent way of life.

THE PRICE OF SELF-INDULGENCE

There’s a tremendous cost for this lifestyle: it destroys your future. Whatever you want to create in the future requires that you delay gratification in the present. Let’s say your dream is to get a job promotion. To make that happen, there are a lot of steps you might want to take, like cultivating relationships with higher-ups who can help you, taking evening classes to learn the skills you’ll need, or putting in extra time on current projects so you can sell yourself when the time comes. Every step of the way, you’re likely to be tempted to go out drinking with friends, watch your favorite TV show, or go shopping. But it’s only by resisting those impulses that you have a chance of achieving your dream.

This is true no matter what you want to create. The writer who spends hours mindlessly surfing the net has no time or inspiration left to write. The husband who compulsively looks at pornography loses interest in an intimate relationship with his wife. Family members who stay glued to their phones during dinner lose their ability to interact meaningfully with one another.

Self-indulgence exhausts the energy you need in order to get what you want out of life. What’s so devious about giving in to your impulses is that it drains you drip by drip—so gradually you’re not even aware of it. Historically, this process was seen as the work of the devil in his role as “tempter.” He seduces you with small pleasures, each inconsequential in itself. He waits patiently as you give in time and time again. Little by little, you lose the willpower to resist his enticements. Finally, you pay the ultimate price: it’s too late to accomplish what you wanted to in life.

THE LIE THAT KEEPS US SELF-INDULGENT

Unfortunately, self-control is rare. We’ve moved from a culture of self-sacrifice and self-discipline to one of pure, unfettered self-indulgence. Every day, we’re bombarded with advertisements urging us to gratify our desires: “Thirst is everything. Obey your thirst.” “Just do it.” “Betcha can’t eat just one.”

These messages influence us, but they can’t take away our will to resist. There must be something else—something inside—making us susceptible to them. The best way to experience it is to watch what happens when you attempt to restrain your urges. Try this:

You may have  felt sad, anxious, frustrated, or angry. But whatever you felt, most people are startled at how painful it is to even think about depriving themselves. It’s surprising because logically, you know you’ll get over it. If you stop yourself from getting high, having an extra slice of cake, or buying something online, it’ll hurt momentarily, but the pain will go away. In a short time, you’ll move on and forget you even wanted it. So why is that moment of self-denial so painful?

The answer: Part of yourself—a mysterious force inside you—has convinced you of a lie: Being deprived is intolerable. You can’t get through it. This isn’t a lie you’re conscious of. But this part of your thought process doesn’t work out in the open, where you can fight it with logic. It controls you from your unconscious. On that level, it convinces you that deprivation is a kind of death—something you’ll never recover from.

If you don’t believe this, watch a little kid who’s been told he can’t have something he wants—it could be a toy, a sugary drink, another ride on your back, or anything else. He’s instantly overwhelmed with feelings of intense grief and anxiety. Deep down, he believes the loss is insurmountable.

How do you fight the lie that deprivation equals death when you’re not even aware of it?

You have to start by taking a different view of deprivation. It isn’t what you think it is. Being deprived of something isn’t a permanent end point, a death from which you never recover. It’s the opposite. Deprivation is a portal into more life. Not only can you tolerate it, it’s the pathway to living more fully than you ever thought possible. Once you can live through it, deprivation frees you from being enslaved to your impulses.

But it’s not enough to believe this; you have to experience it. That requires a shift in focus. We normally focus outside ourselves, on the thing we’re depriving ourselves of: sex, a piece of jewelry, “one last hand” of poker, etc. Even if we’re able to deny ourselves the thing we want, we remain focused on it, wishing we could have it and feeling robbed of it. This keeps us fixated on the outside world.

To liberate yourself from craving, you have to try something different: resist the impulse to escape and simply look inward  at the void. You really don’t know anything about it (having avoided it your entire life), so  remain calm about it. It may surprise you. In fact, when you stare patiently into the inner abyss, you begin to sense something you never would have expected. What felt like a dark, barren, dead zone lights up with life. It’s like a womb, pregnant with potential.

Don’t try to make logical sense of this, just see if you can experience it for yourself. Try the following exercise:

Most of our patients, when they do this exercise, start to sense a stirring, a movement in the void, like there’s something down there.  That stirring is the first intimation of an inner abundance that can fill you up from the inside.  As you experience that source repeatedly, you discover that being deprived of what you want not only doesn’t kill you, it puts you in touch with a mysterious, inner source. Whatever you want to accomplish—write a book, build a business, be an effective parent—becomes possible because this source of endlessly creative energy is now flowing through you.

Phil Stutz and Barry Michels are the authors of Coming Alive: 4 Tools to Defeat Your Inner Enemy, Ignite Creative Expression and Unleash Your Soul’s Potential and The Tools: 5 Tools to Help You Find Courage, Creativity, and Willpower—and Inspire You to Live Life in Forward Motion, a New York Times bestseller. Referred to as “the most sought-after shrinks in Hollywood” by Lawrence O’Donnell and “an open secret in Hollywood” by the New Yorker, Barry and Phil’s client list includes top writers, actors, producers, CEOs, and other creatives. 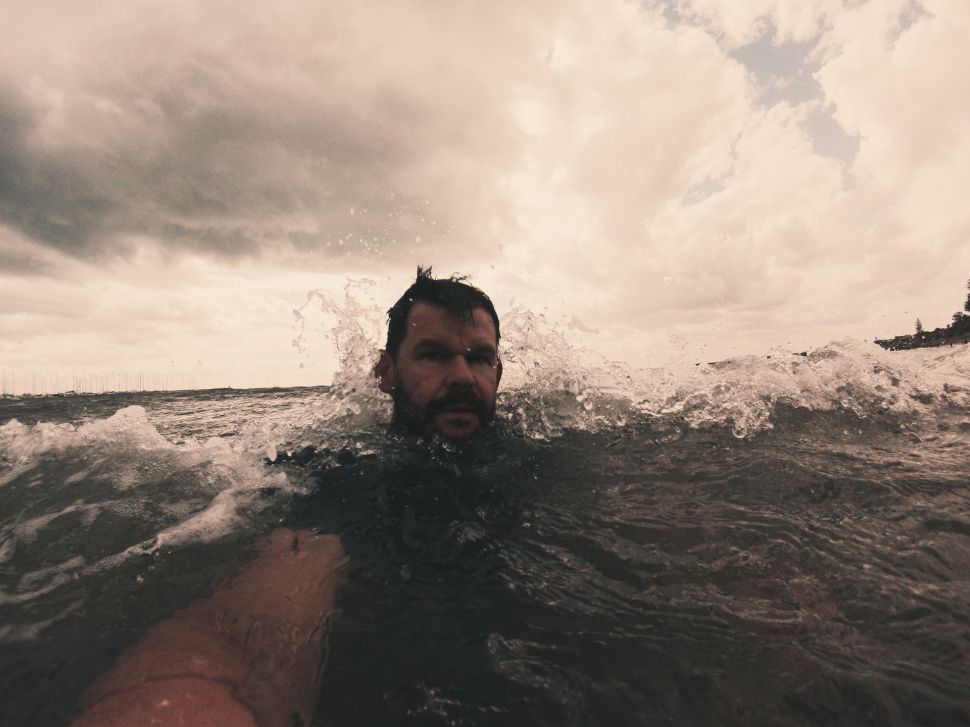