Not so long ago, when a show was doing well in the ratings, it ran and ran and ran—until it was then abruptly canceled, often without any logical conclusion. The practice of leaving things unresolved infuriated those viewers who had invested time and thought in the show. But, at that time, that’s the way it had always been done. Even though it seemed illogical, it appeared as though the practice would never change.

Enter Carlton Cuse and the creative team behind the supernatural series Lost.

“Lost was the first time in the history of television where someone was able to negotiate an ending to a network show,” explains Cuse. “It was just unheard of. Shows would go until they just ran out of gas and then the network would yank them off the air.”

Now Cuse is in the midst of bringing another of his creations to a well-thought-out conclusion. This time it’s the FX series The Strain.

The narrative of the The Strain features a mysterious outbreak with all the hallmarks of an ancient and evil virus of vampirism that ravages the city of New York. To combat the malicious entity, an assembly of average citizens have taken it upon themselves to wage war for the fate of humanity itself.

Season three ended with an explosion that triggered a global nuclear apocalypse. The final season begins with the world in disarray. To save society the heroic group will have to overcome personal hardship and defy death for even the smallest chance at fighting back. The question becomes: In the face of annihilation, do these every day heroes have what it takes to save humankind?

“It’s obviously a challenge to know how to end a show well,” admits Cuse. “But I think you have to rely on your gut and your heart and really think about what is it that the audience is expecting and what the unresolved issues are.”

Regarding the theme of the season, Cuse reveals, “The ultimate goal is to try to defeat the forces of evil. That’s fundamentally what the story is about. At the beginning of the season we’re certainly starting out more in survival mode—but [the lead characters] still have this larger goal of conquering this global parasitic force.”

While the series is the spawn of a graphic novel series, Cuse believes that even avid fans will be surprised at the direction of the television narrative. “Even if you’ve read the books, the show is its own animal. It has its own narrative journey. I don’t think you can watch the show and think you know what’s going to happen to any of the characters. All bets are off.”

One of the unique characteristics of the series is the use of flashbacks, which Cuse says will continue. “There’s even a flashback in the final episode,” he reveals. “It has always been a good way for us to really provide some resonance about these characters, which is something that we started in the beginning and we’re going to continue until the very end.”

It was during the third season of the drama that the writers made the conscious decision to close out the series, says Cuse. “We looked at the amount of narrative that we thought we had left and we felt that one more ten-episode season was the right amount of time to end the show. Then we really focused on what our ending was going to be. We wrote towards that and that was very exciting [to do it that way.]”

One of the thrilling parts of bringing a series to conclusion is that it’s an actual ending to the story, says Cuse. “It’s kind-of great because there’s no more stalling around. Everything is very definitive. The ultimate thing about the last season of the show is that you get to find out the fate of [all of the characters]. That’s very exciting. And, I think will be very surprising for everyone who watches as well.”

The final season of The Strain airs Sundays on FX. 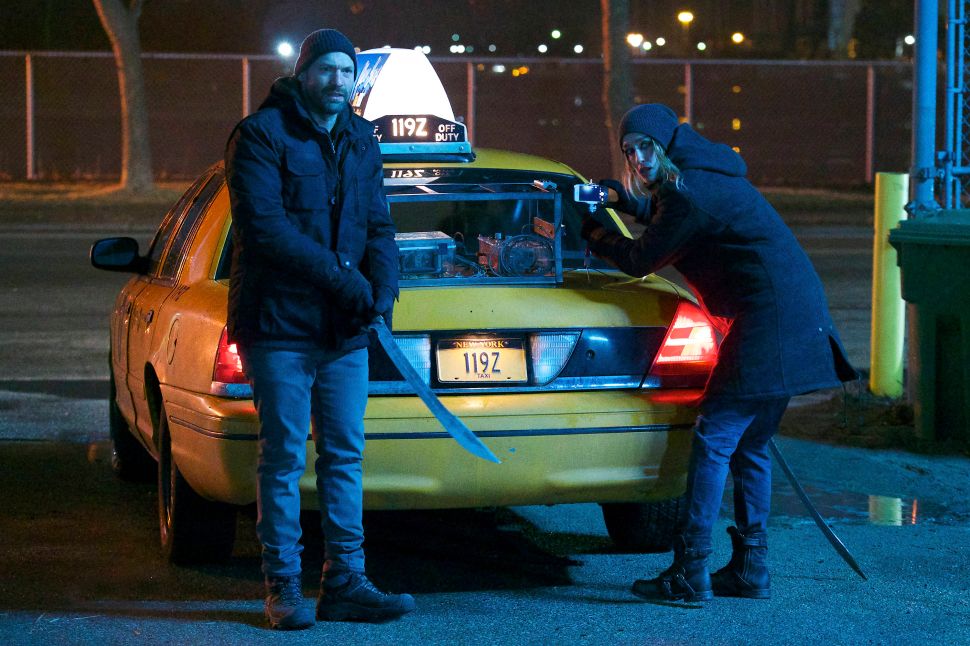