I’d love to start with witty jokes, but we’re talking tragedy here, so brace yourself. This story isn’t comforting…

On May 1st, 2015, while vacationing in Mexico, Sheryl Sandberg found her husband Dave dead in the hotel gym.

He was only in his 40’s. He had not been ill. It was totally unexpected. They had 2 children together.

When the greatest of tragedies strikes, how do you keep going? Sheryl didn’t know.

She turned to her friend, Wharton professor Adam Grant, who told her about the research regarding resilience and overcoming life’s greatest struggles.

There was no quick answer to dealing with the pain — but there were things she could do to get past it faster and come out stronger.

Her journey, and the lessons from the research, are explained in the book the two have co-authored: Option B: Facing Adversity, Building Resilience, and Finding Joy.

And these answers can help you. Whether you’re dealing with loss, failure, or any of the other great challenges of life, there are things you can do to improve your situation.

If you need this information now, you have my sympathy. And if you don’t need this now, it’s a good idea to learn these lessons anyway, because we will all face pain at some point.

1) Avoid The 3 Things That Make It Worse

There are three mistakes people commonly make that slow down the process of bouncing back: personalization, pervasiveness and permanence.

After spending decades studying how people deal with setbacks, psychologist Martin Seligman found that three P’s can stunt recovery: (1) personalization — the belief that we are at fault; (2) pervasiveness — the belief that an event will affect all areas of our life; and (3) permanence — the belief that the aftershocks of the event will last forever… Hundreds of studies have shown that children and adults recover more quickly when they realize that hardships aren’t entirely their fault, don’t affect every aspect of their lives, and won’t follow them everywhere forever.

The big one that we all usually deal with is permanence. It feels like your pain is going to last forever. I’m here to tell you it’s not.

Studies of “affective forecasting” — our predictions of how we’ll feel in the future — reveal that we tend to overestimate how long negative events will affect us.

You’ve had terrible things happen to you in the past and you got over them. This is no different, despite how fresh and raw the feelings may be.

So how do you stop the 3 P’s? Write down the belief underlying the feeling (“It’s all my fault”) and then challenge it. Tell yourself why it’s not true.

I also tried a cognitive behavioral therapy technique where you write down a belief that’s causing you anguish and then follow it with proof that the belief is false. I started with my biggest fear: “My children will never have a happy childhood.” Staring at that sentence on paper made my stomach turn but also made me realize that I had spoken with many people who had lost parents at a young age and went on to prove that prediction wrong.

(To learn the 8 things the most resilient people do, click here.)

Alright, so you realize it’s not all your fault, that it won’t affect every area of your life, and that the pain won’t last forever.

But what can you do to make things better? Well, first you need to think about how they could be worse…

The pessimists say, “Things can always get worse.” They’re right. And in times of tragedy, knowing that can be a very good thing.

Cognitive Behavioral Therapy calls it “decatastrophizing.” That’s a fancy word for “realizing it’s not the end of the world.”

Shockingly, one of the things that helped me the most was focusing on worst-case scenarios… during the early days of despair, my instinct was to try to find positive thoughts. Adam told me the opposite: that it was a good idea to think about how much worse things could be. “Worse?” I asked him. “Are you kidding me? How could this be worse?” His answer cut through me: “Dave could have had that same cardiac arrhythmia driving your children.” Wow. The thought that I could have lost all three of them had never occurred to me. I instantly felt overwhelmingly grateful that my children were alive and healthy — and that gratitude overtook some of the grief.

And gratitude is arguably the king of happiness. What’s the research say? Can’t be more clear than this:

…the more a person is inclined to gratitude, the less likely he or she is to be depressed, anxious, lonely, envious, or neurotic.

It can always be worse. Be grateful it wasn’t and you’ll feel better.

(To learn the 8 things the happiest people do every day, click here.)

So thinking about how it could be worse will make it better. But it’s hard to do these things when you’re suffering. What do you do when you feel you can’t manage it yourself?

Yeah, it’s obvious — but it’s vital. Talk to others about what you’re dealing with. If you have your pick, who are the best people to talk to? Those who have been there.

Military veterans, rape victims, and parents whose children have died all report that the most helpful support usually comes from those who have suffered similar losses.

If you’re saying to yourself, “I don’t have anyone I can talk to about my problems” then you want to spend more time working on your relationships.

Some might think that others can’t solve your emotional problems — and that might very well be true. But just knowing that others are there can make all the difference.

What does University of Pennsylvania professor Martin Seligman say is the question that is most likely to predict whether you’ll be alive and happy at age 80?

“Is there someone in your life whom you would feel comfortable phoning at four in the morning to tell your troubles to?”

Via Flourish: A Visionary New Understanding of Happiness and Well-being:

Is there someone in your life whom you would feel comfortable phoning at four in the morning to tell your troubles to? If your answer is yes, you will likely live longer than someone whose answer is no. For George Vaillant, the Harvard psychiatrist who discovered this fact, the master strength is the capacity to be loved.

When I dealt with an all-too-recent tragedy of my own, knowing my friend Jason was there made all the difference. And he did get some late phone calls… Okay, a lot of late phone calls. And he always picked up.

But I was even luckier than that. Because when Jason mentioned to his wife what was going on she didn’t just empathize. Lisa said, “As far as I’m concerned, Eric is family. Tell him to come here.”

I stayed at their house for three days.

We all fear burdening others with our problems. But if you can’t, should you really call them friends?

(To learn how to strengthen your friendships, click here.)

Maybe you need someone to talk to now and you don’t have anyone. Or the problem is something you’re just not comfortable sharing. I’m sorry to hear that.

But even in those situations, you can still get some of the benefits of opening up to someone — without the someone…

Thinking about your problems is usually just ruminating — and the research shows rumination is a major cause of depression.

But writing is different. It forces you to structure your thoughts. And it helps you get those feelings out in a constructive way. And that can produce powerful results.

Decades ago, health psychologist Jamie Pennebaker had two groups of college students journal for 15 minutes a day for just four days — some about nonemotional topics and others about the most traumatic experiences of their lives, which included rape, attempted suicide, and child abuse. After the first day of writing, the second group was less happy and had higher blood pressure. This made sense, since confronting trauma is painful. But when Pennebaker followed up six months later, the effects reversed and those who wrote about their traumas were significantly better off emotionally and physically.

Talking about your problems can mean feeling judged. You’re putting yourself on the line when you’re most vulnerable.

But writing lets you get many of the benefits of talking about your problems without the risk.

When I spoke to Jamie Pennebaker, he explained to me:

…in an ideal world, it works very similar to talking to a friend. The killer problem is when you talk to a friend or even a therapist, you’re putting yourself on the line. For it to work that other person has to be completely accepting, and the reality is we don’t tell our friends a lot of really deep and personal things because we think it might hurt the relationship. That’s the beauty of writing. You don’t have to worry about other people looking down on you or feeling nervous about putting yourself out there.

(To learn the best way to use writing to deal with problems, click here.)

Okay, we’ve learned a lot. Let’s round it up and learn the upside (yes, there’s an upside) to the biggest tragedies in life…

Here’s how to recover from tragedy:

So how can a terrible thing be a wonderful thing?

In the past, researchers thought people who came out of tragedy fell into two categories: those who suffered PTSD and those who recovered. They were wrong…

There were actually three categories. Some people experienced “post-traumatic growth.” After tragedy they came out even stronger than they had been.

What seems to be the key to experiencing post-traumatic growth? As Adam told Sheryl: you have to look for it.

Did you end up coping better than you expected? Did you learn something because of it? Did you realize your friends cared more than you thought?

These are all forms of growth. They’ll make you more resilient in the face of future challenges.

Nietzsche said, “What does not kill me, makes me stronger.”

It can be true for you, too.

Join over 305,000 readers. Get a free weekly update via email here.

Eric Barker is the author of Barking Up the Wrong Tree: The Surprising Science Behind Why Everything You Know About Success Is (Mostly) Wrong. Eric has been featured in the The New York Times, The Wall Street Journal, Wired and TIME. He also runs the Barking Up the Wrong Tree blog. Join his 290,000-plus subscribers and get free weekly updates here. 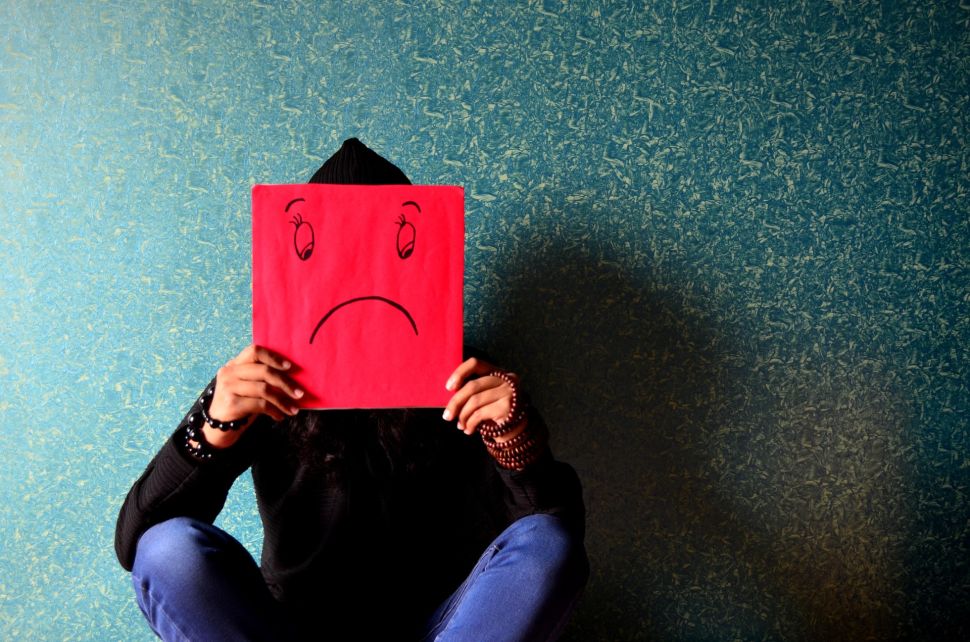