Kevin Drennan, the top aide to Senate President Steve Sweeney, is leaving the government for a job at one of the largest health insurers in New Jersey, according to a source with knowledge of the move.

Drennan, a longtime Democratic operative, has worked for nearly four years as the Senate Majority Office’s executive director and will remain there until Sept. 15, according to a news release. He declined to comment Tuesday on his new job, saying his new employer had not yet announced his hire.

A different source with knowledge of the move said on the condition of anonymity that Drennan would be heading to UnitedHealth Group, a health insurer based in Minnesota with a large presence in New Jersey.

Top staffers in the governor’s office and Legislature often go into lobbying, a line of work that offers them a bigger pay day for dealing with many of the same officials from their government careers. Drennan was regional director of governmental affairs for Cablevision before joining the Senate Majority Office, according to the statement from Senate Democrats.

As the top Senate staffer, Drennan helped advance several policy initiatives including the restructuring of higher education in New Jersey, a sweeping reform of New Jersey’s bail laws, the renewal of the state Transportation Trust Fund and the increase in funding for schools throughout New Jersey in the fiscal 2018 state budget, Democrats said.

“Kevin has worked tirelessly to advance the Senate Democratic Caucus agenda,” Sweeney said in a statement. “He has been instrumental in moving important legislative initiatives across the finish line and has been a reliable and trusted advisor to me during his tenure. I want to thank him for his dedication and commitment to the causes championed by the Democratic caucus, to the members and to the office.”

“Gene and Jason are smart and accomplished professionals who have the trust and respect of the Senate Democratic caucus members and their colleagues, and they have the experience and expertise to ensure a seamless transition of office leadership,” Sweeney said in a statement.

Sweeney also hired Eric Wachter, a former Environmental Protection Agency official, to be deputy executive director. Wachter was the top Freedom of Information Act official in the EPA in President Obama’s administration from 2009 to 2017. A federal judge lambasted him in 2015 about a conservative group’s public information request, calling him “evasive and uninformed” over the agency’s handling of the request. Wachter also had several roles with the New Jersey Department of Environmental Protection.

“Eric brings experience at both the state and federal levels to the position and has the knowledge and background to hit the ground running. I know he will make a great addition to the Senate Majority Office staff and am pleased to have him join our team,” Sweeney said. 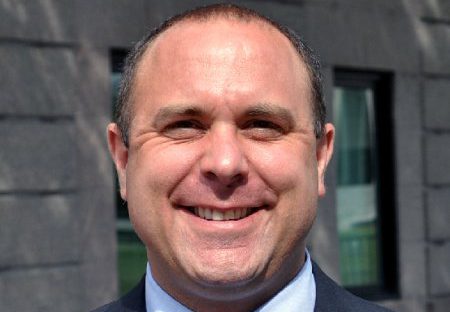