It was almost two years ago that Trevor Noah was hired to tell jokes on The Daily Show. Unfortunately, Noah instead became the butt of jokes. While taking over Jon Stewart’s duties on Comedy Central’s show was certainly a daunting task, Noah probably didn’t foresee the vitriol that would be aimed at him. And it wasn’t just from the right.

“Every night on The Daily Show, Noah fluffs lines. He is reading copy off a teleprompter—copy that he’s gone over several times before the show airs—but he just can’t nail it consistently,” claimed the Huffington Post.

Those, of course, were a couple of the nicer things printed about Noah, but not many. Then, something happened. Something changed. Donald Trump was elected, and before too long, Noah’s ratings had significantly increased. He went from being a comedy zero to a late night comedy hero. After Trump’s election, the ridicule changed into raves.

One particular turning point for Mr. Noah occurred conservative pundit Tomi Lahren was invited to the show. As The Atlantic points out, Noah was able to take on Lahren without resorting to screaming and personal insults, something that is rare in today’s media world. He was able to respectfully argue with Lahren about comparing the Black Lives Matter movement to the KKK. Since the confrontation, Noah has proven capable of making his audience think, rather than just pumping them up with outrage. After finally finding his audience, Trevor Noah has been able to hit The Daily Show ratings out of the ball park.

While Noah is obviously more comfortable in his hosting duties, one can’t deny that Trump’s election gave him a huge boost. Of course, Trevor Noah wouldn’t be the only one experiencing a late night revival thanks to the results of the election. Stephen Colbert also launched The Late Show with Stephen Colbert on CBS to a rocky start. As Variety explains, Colbert had been used to playing a right-wing parody character of himself. The new network talk show hosting gig didn’t seem to suit him, at least in the beginning.

Colbert was improving somewhat just before November 8, but the election upset was the major turning point. According to The New York Times, Chris Litch, the executive producer of The Late Show with Stephen Colbert, walked up to Colbert on that eventful evening and told him, “Stop being funny and go and just be real.” Litch credits that moment for Colbert’s professional turnaround.

In fact, Colbert’s show narrowly beat The Tonight Show Starring Jimmy Fallon for the 2016-2017 broadcast season as the most watched late night talk show. Colbert’s recent “Russia Week” series helped his show take over an even wider lead. However, it’s also true that Fallon has, for the most part, been leading in the much sought-after 25 to 54 age group for advertisers.

The biggest winner of Donald Trump’s election is Saturday Night Live, a show that hasn’t been considered relevant in years according to many longtime viewers. Alec Baldwin was getting acclaim for his Donald Trump impersonation before the election, but his new presidential character took on a whole new meaning and importance after the election. Of course, besides doing a spot-on imitation of Donald Trump, Baldwin has also brought Bill O’Reilly into the mix.

SNL has become the place where Trump haters seek solace. It has become a place for the disgruntled to escape what they consider a nightmare. Baldwin isn’t the only one pushing the show to its greatest ratings in 23 years. There’s Melissa McCarthy and her cartoonish take on the former white house secretary Sean Spicer, and Kate McKinnon’s pivot from playing Hillary Clinton to lampooning Kellyanne Conway has also been a highlight for viewers.

Right now, things are looking great for the anti-Trump late night comedy crowd, and the ratings along with record-breaking Emmy nominations prove it. But how much longer can the Trump bump last? Alec Baldwin’s Trump imitation could have an expiration date if he doesn’t change things up a little bit. Trevor Noah has certainly won over the Trump-hating crowd, but will his over-the-top jokes about the current administration reach a saturation point? Colbert’s show was in the lead recently, but just over a month ago, Fallon was back in the driver’s seat.

The constant turnover of Trump’s administration is providing more characters for SNL and others to lampoon, and the administration’s problems, especially with Russia, keep easily filling up scripts. Late night comedy shows will continue their success if they keep pushing and adapting without resting on their current laurels. 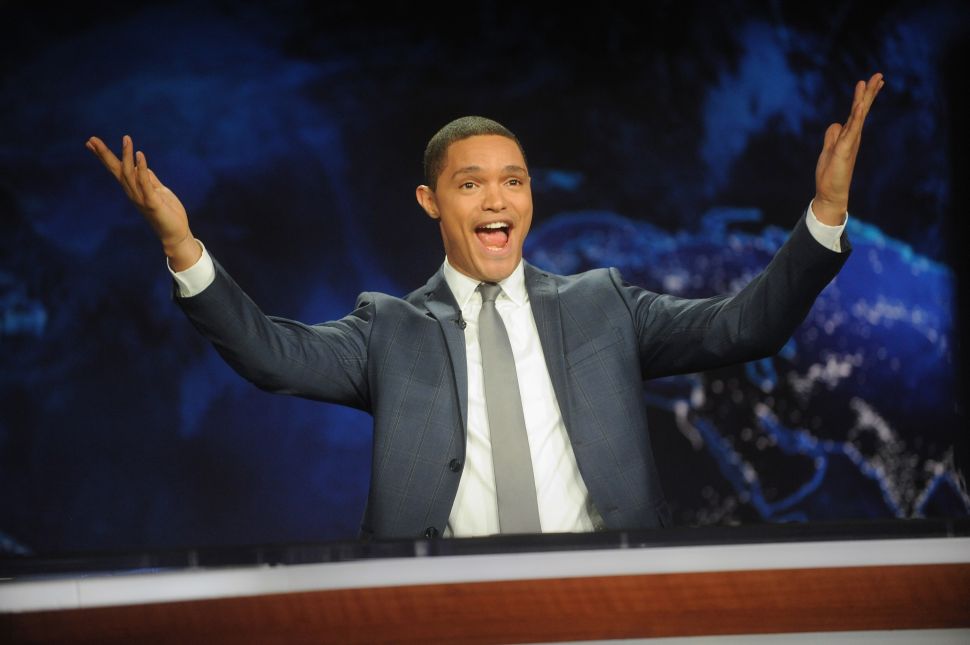