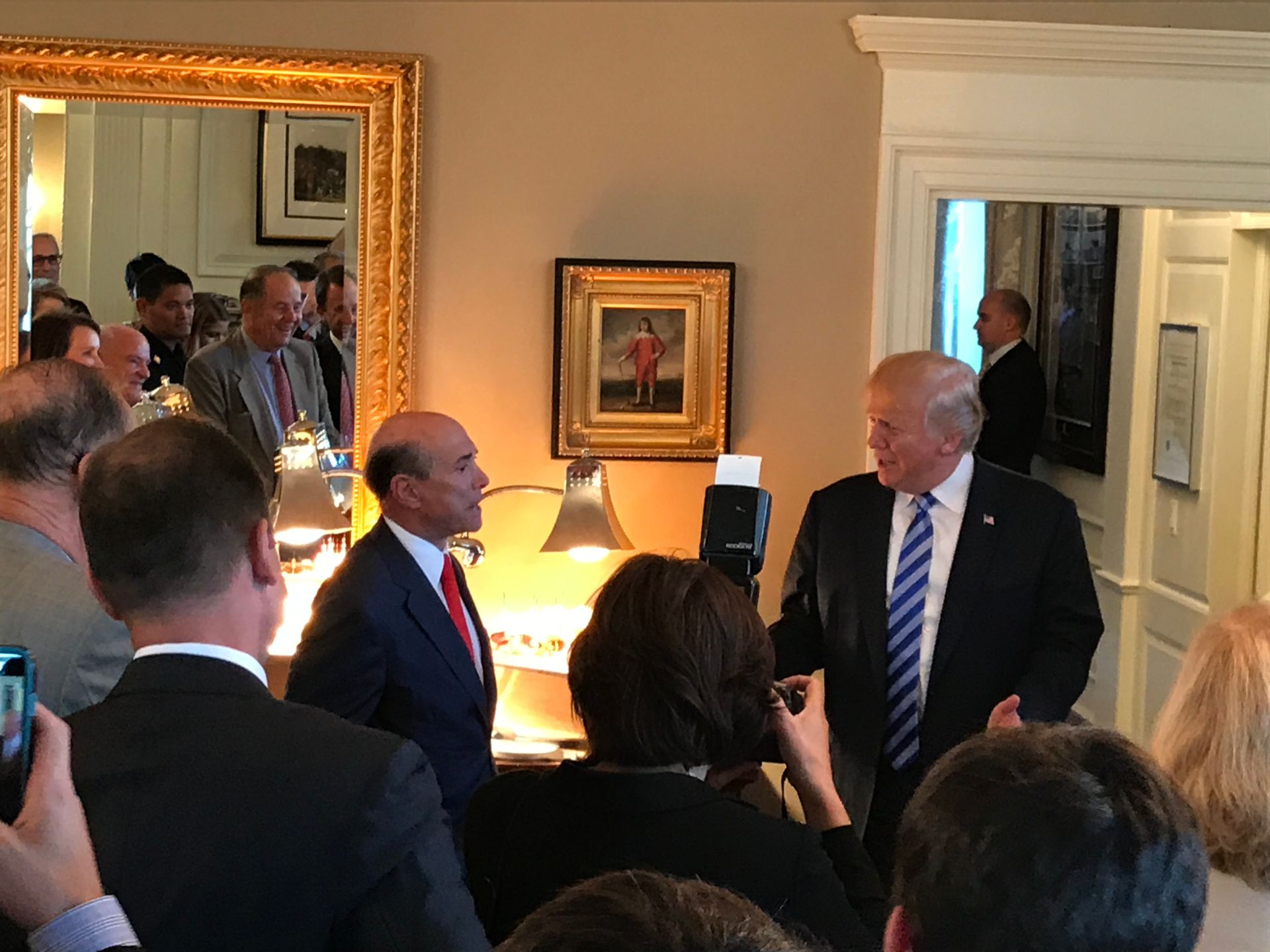 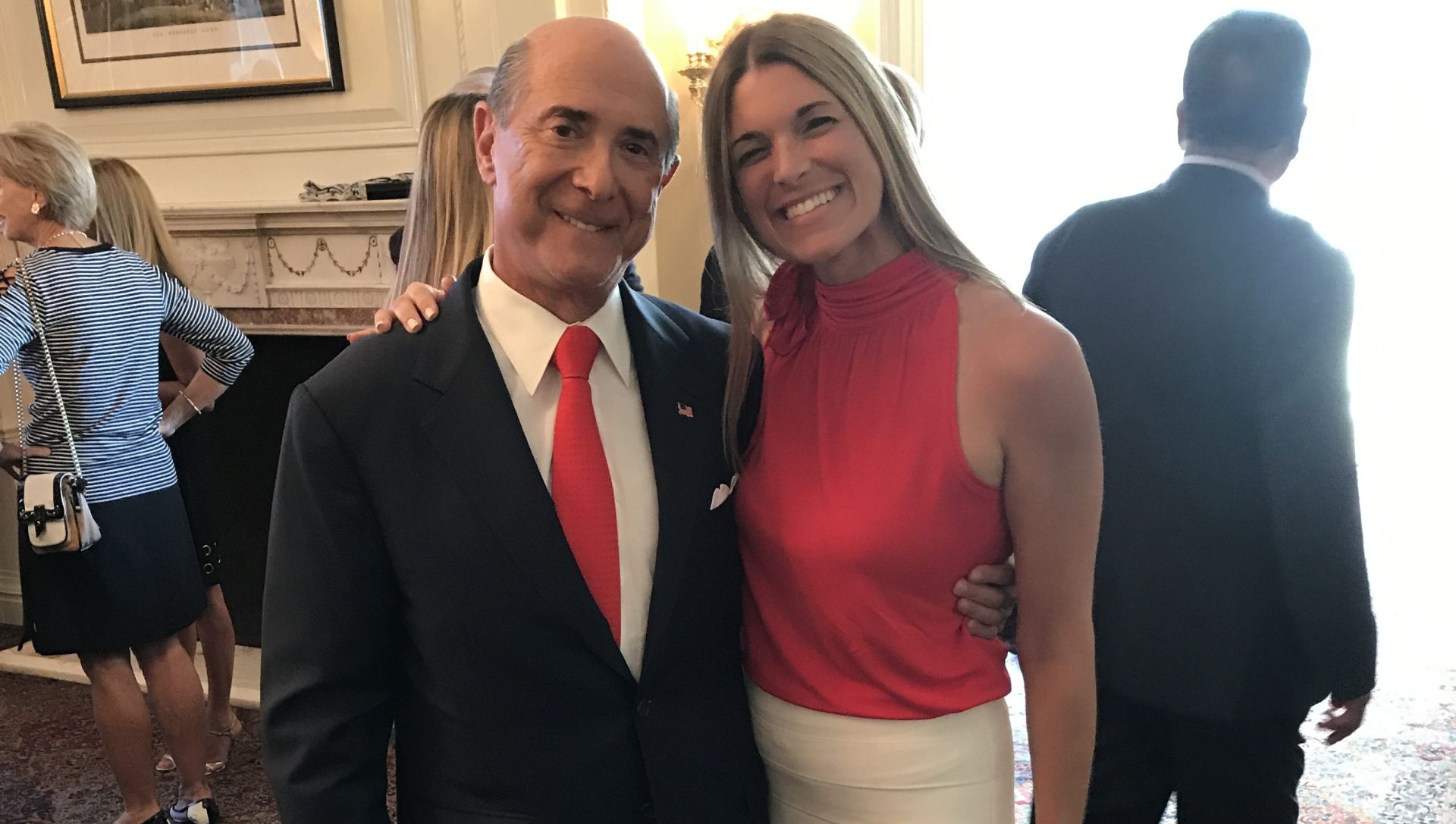 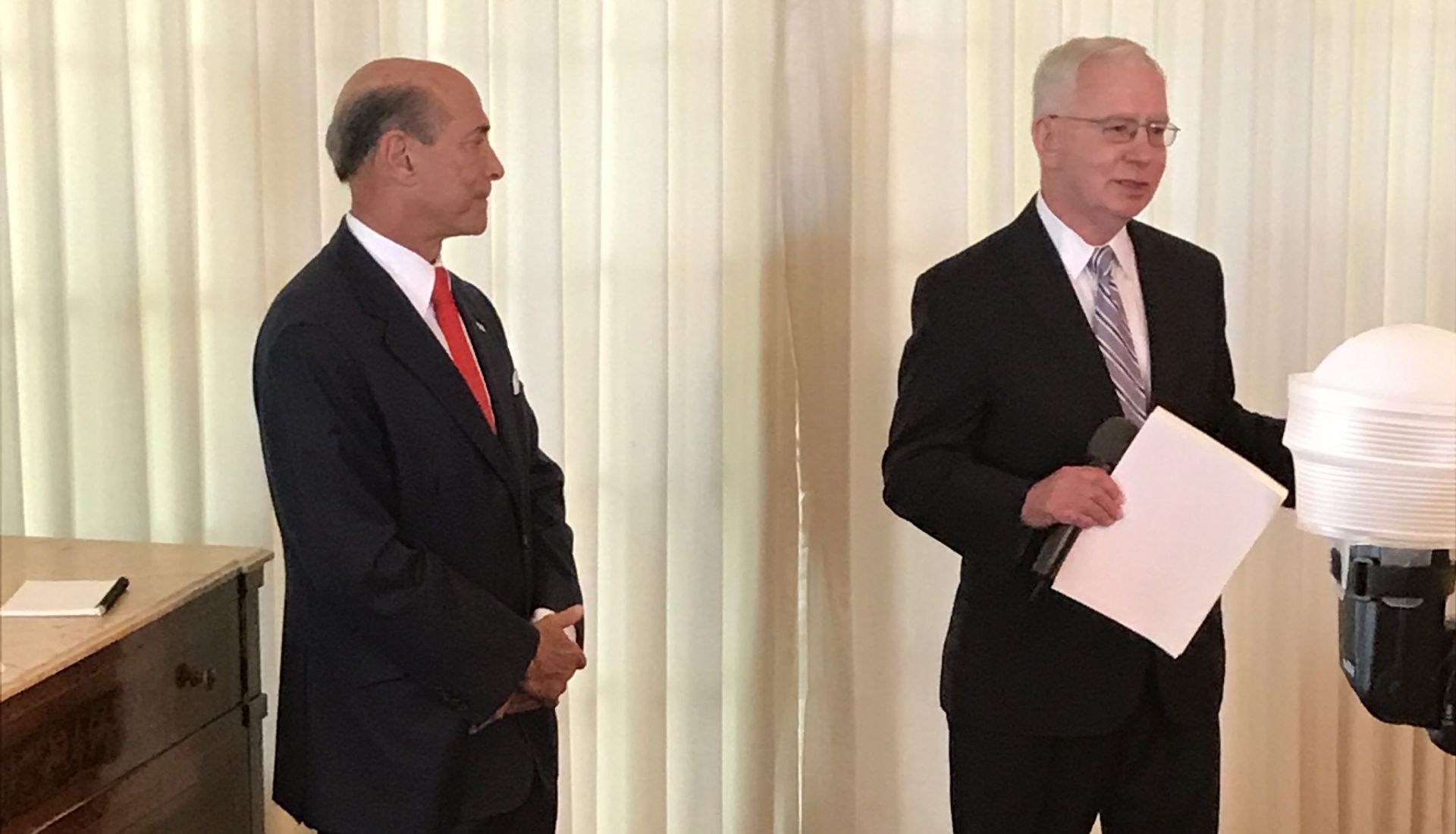 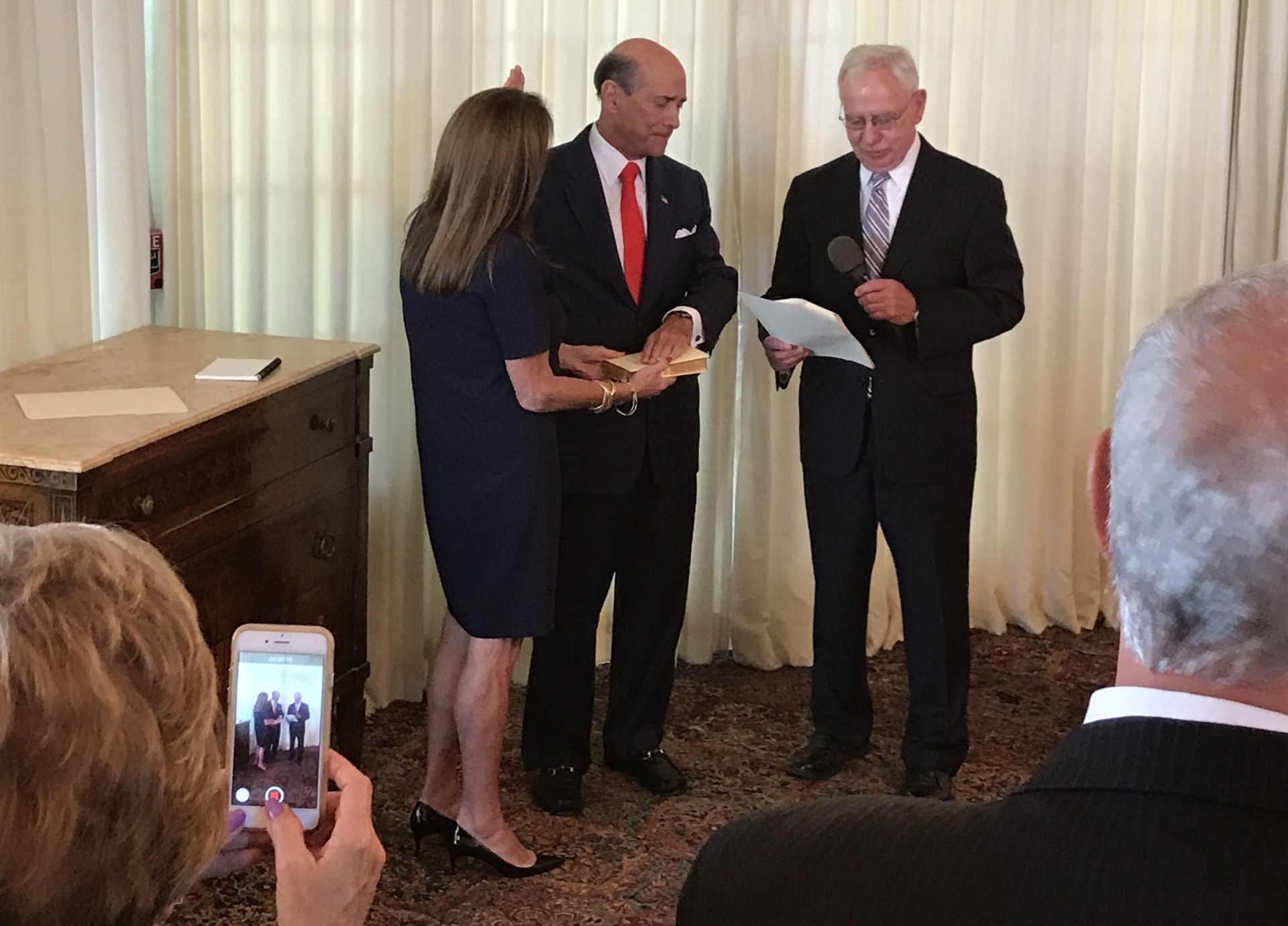 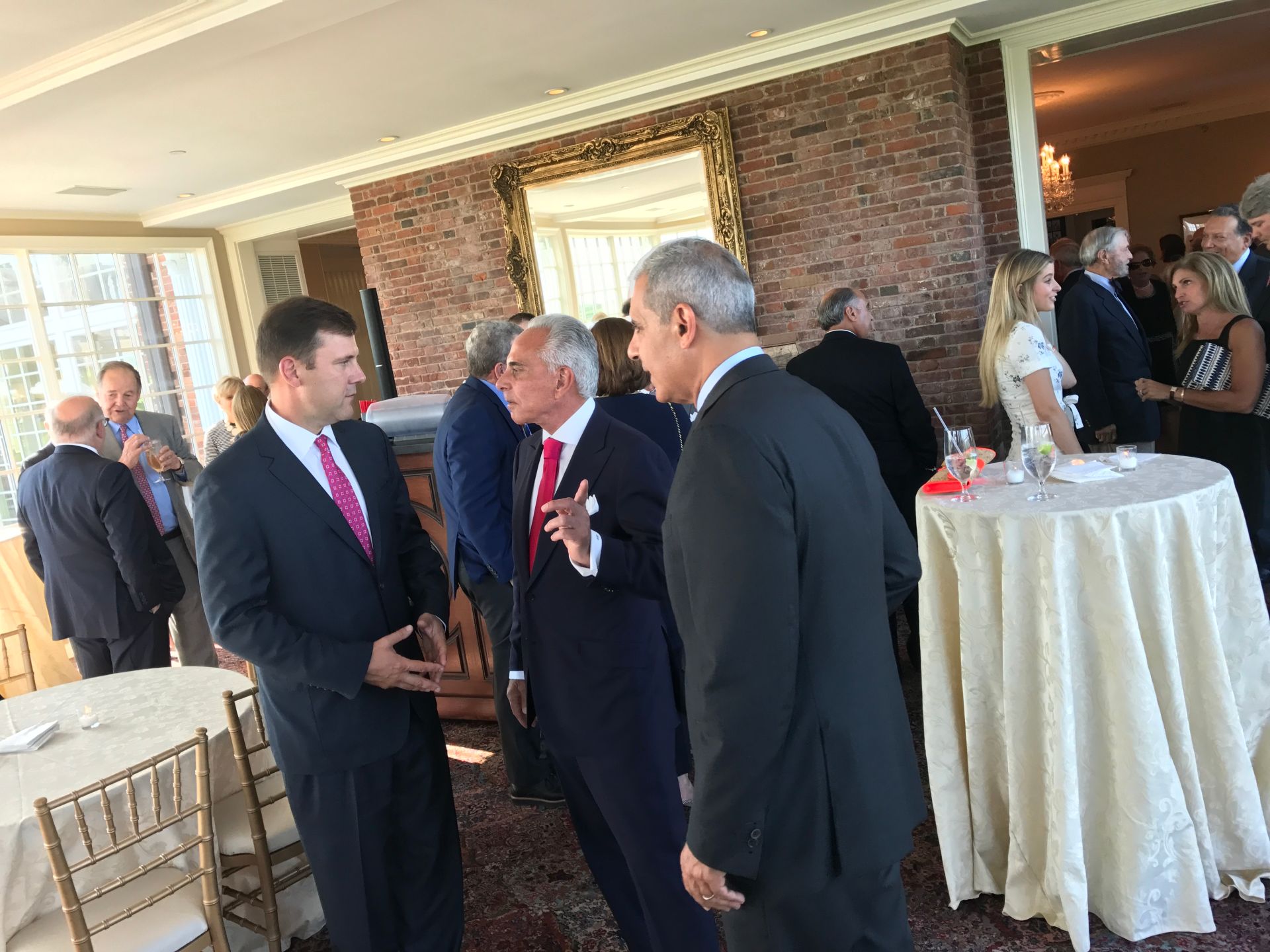 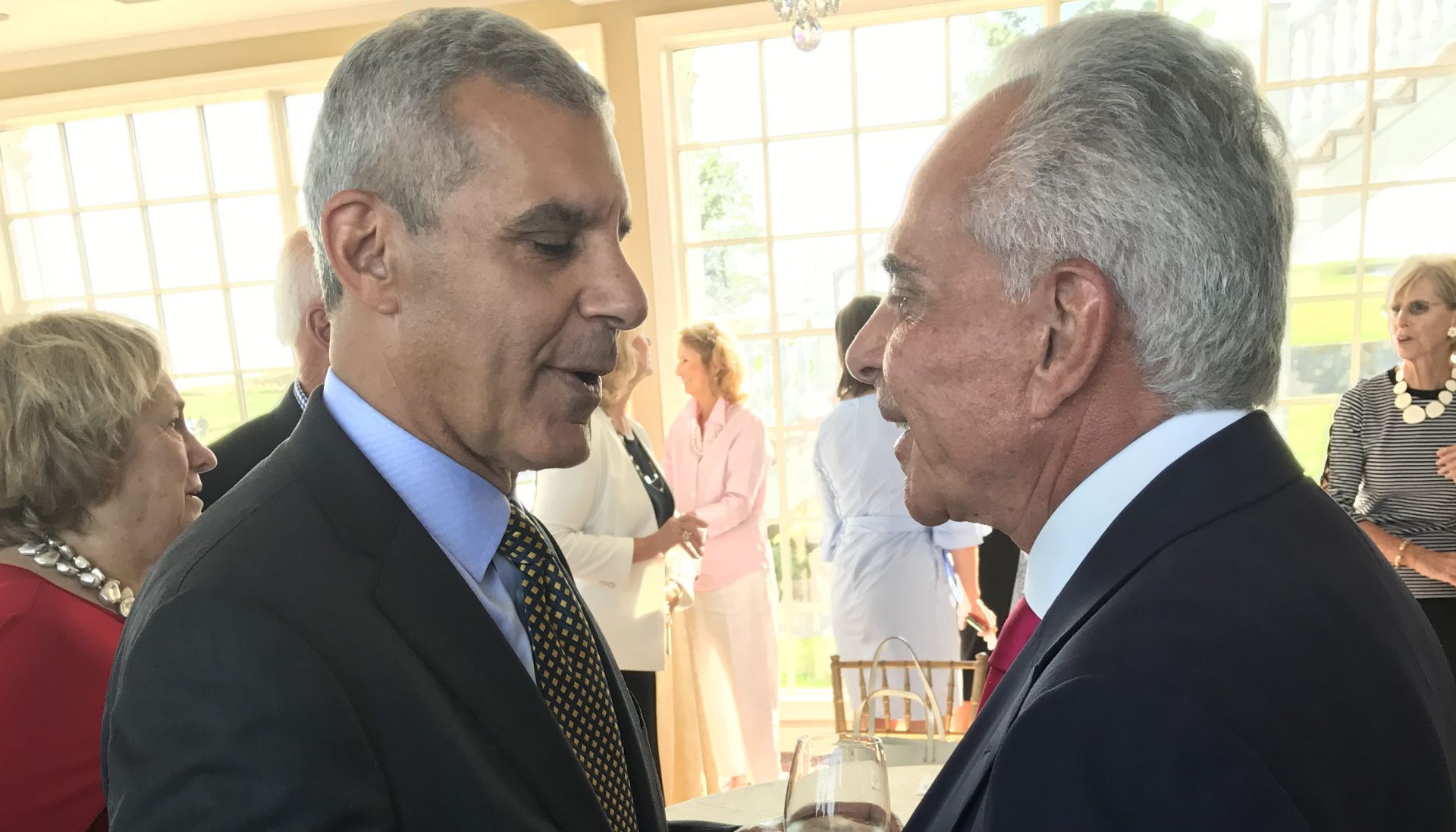 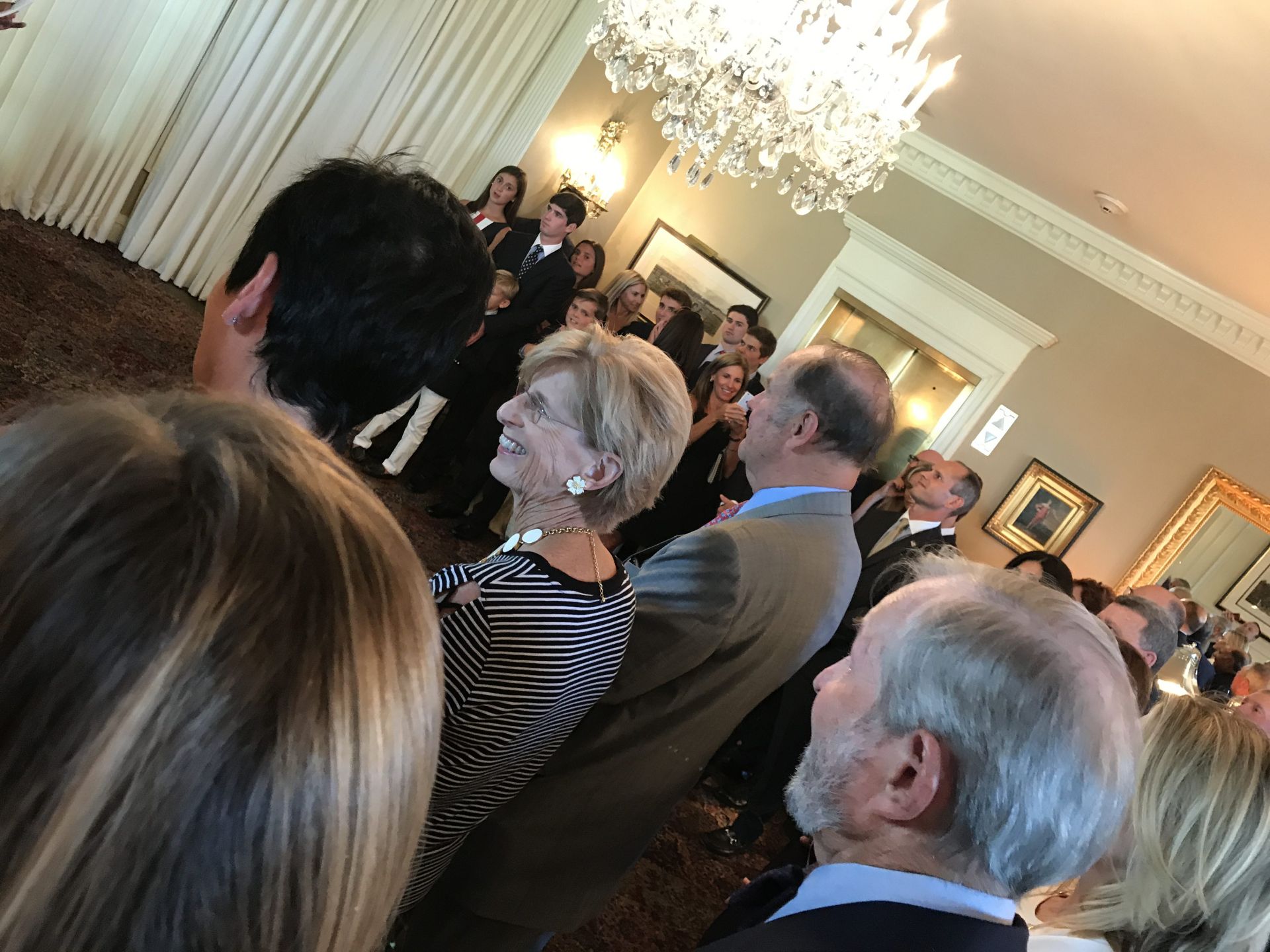 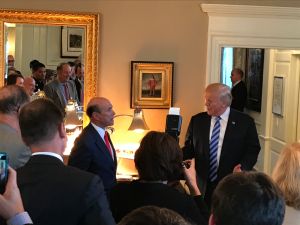 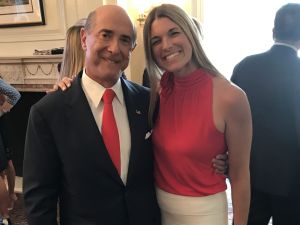 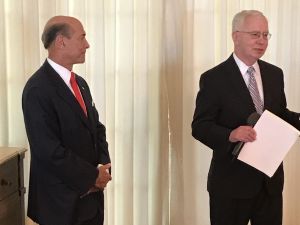 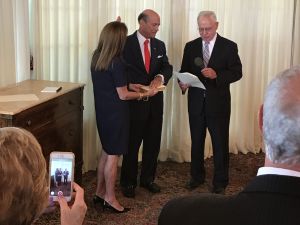 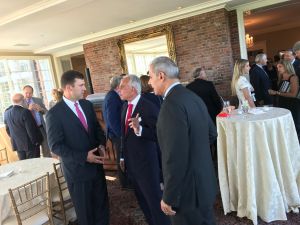 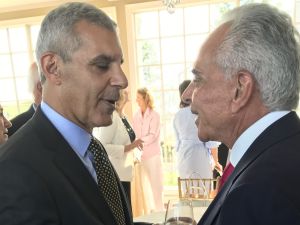 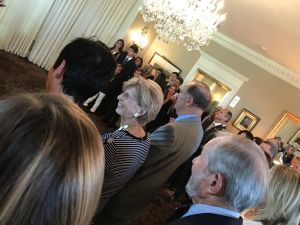 President Trump returned to his golf club in Bedminster on Wednesday evening to toast Lewis Eisenberg, a former chairman of the Port Authority of New York and New Jersey who was being sworn in as U.S. ambassador to Italy, according to photos obtained by Observer.

Eisenberg, a prominent financier and Republican fundraiser from Rumson, was sworn in by U.S. District Judge Peter Sheridan in a ceremony attended by many of the state’s Republican elite.

According to attendees, Trump seemed loose and gave a warm toast for Eisenberg — a top fundraiser for his campaign — seemingly taking the edge off at his Somerset County golf club on the day after he received heavy criticism from Democrats and Republicans for controversial comments about violent white nationalists in Charlottesville, Va.

On hand at the Bedminster bash was former Gov. Christie Whitman, a Republican who is close to Eisenberg but who has been harshly critical of Trump. Former Gov. Tom Kean and his son, state Senate Minority Leader Tom Kean Jr. (R-Union), also attended, as did state Sen. Joe Kyrillos (R-Monmouth), an influential fundraiser for national Republicans.

Trump nominated Eisenberg to be U.S. ambassador to Italy in July and the Senate confirmed him by a voice vote Aug. 3. Sheridan noted that Eisenberg was chairman of the Port Authority during the Sept. 11 attacks and attended nearly every funeral for the 84 agency workers who were killed.