Cancer has become an almost universal fear. Whenever we think illness and death, the first disease that springs to mind is cancer. It is pernicious, hard to cure, and comes in so many forms and mutations that even our best efforts to understand it only scratch the surface.

Cancer may no longer always carry a death sentence, but it remains one of the most terrifying words in the English language.

And the worst thing about cancer is that not only is it incredibly difficult to cure, but our treatments come with an enormous host of side effects. When the choices are almost-certain-death or months of suffering and slightly-less-likely-death, it’s understandable that a lot of patients with cancer choose to go looking for alternative treatments.

So why do people keep talking about turmeric as if it was going to solve cancer forever?

Turmeric is a bitter, orange spice that lends its flavor to Indian curries and it’s color to anyone foolish enough to try to cook with it without wearing an apron. There has been quite a bit of interest over it for a number of years, as a group of compounds that are found in turmeric — called curcuminoids — were found to be somewhat biologically active. The most important of these, curcumin, is the main chemical responsible for all of those snazzy “Turmeric: the miracle cure” headlines.

Further research has thrown a damper on this interest, as not only is curcumin not very bioavailable — your body absorbs only a small percentage of the curcumin you eat — there has also been very little evidence that when you give people curcumin it does anything for their health at all.

We have researched curcumin as a cure for everything from depression to myeloma, and so far the most you can say is that it probably isn’t going to hurt you. There may be some minor benefits, but there’s certainly no reason to believe that it will cure you of any illnesses.

So all those headlines you read about turmeric being a miracle cure? Not so reliable.

But that isn’t all. It turns out that, even if curcumin was the most amazing drug in the world, eating turmeric wouldn’t be the answer to your problems.

The first issue with eating turmeric to get a dose of curcumin is mentioned above. If you eat turmeric, you can expect about 25 percent of the curcumin contained within to make its way into your blood. That’s a fairly big problem, but it can be partially fixed by using various methods to try and keep the curcumin in your blood for longer.

The real issue is that there isn’t a lot of curcumin in turmeric at all.

Pure turmeric powder is, by weight, about 3 percent curcumin. There’s a lot of debate over what a therapeutic dose of curcumin might be, but it’s usually considered to be around 8–10 grams per day.

That means you’d have to eat about 330 grams (~12 ounces) of turmeric per day to get a therapeutic dose.

That’s a lot of spice. Your average jar of turmeric is ~25 grams.

To put it in context, your average curry might have 10 grams of turmeric per litre of fluid. If you really love the flavour, maybe double that.

And there’s no evidence at all that turmeric is itself good for your health. So every single headline that talks about turmeric is wrong. There’s no point in drinking those golden lattes. Unless they are literally pure turmeric powder, you aren’t getting enough of the pertinent chemical to do anything for your body at all.

Which brings us back to cancer. Turmeric itself is obviously a waste of time. But there have been several outspoken cases where patients have taken curcumin pills and seen some miraculous effects on their cancer.

This takes us to a dark place. Cancer is a terrible disease, and I feel for anyone diagnosed with it. Survival after being told you have only months to live is miraculous, regardless of the cause.

Out of 100 cancer patients who are pronounced terminally ill, one will live long enough to come back and tell their doctor that they were wrong. Regardless of treatment. Regardless of other factors.

Sometimes, medicine is more of an art than a science.

So every article you’ve read about turmeric got it wrong. There’s no reason to eat turmeric to improve your health.

There may be some health benefits to curcumin, but in the last 10 years of research the results have been very mixed. It might do something for your health, but the results are at best inconclusive.

Next time you’re at the cafe, don’t get a golden latte. Not only are they disgusting, they won’t help your health at all.

Get a coffee instead. Not for the health benefits — there aren’t really any — but just because coffee is great.

If you want something exotic, get a chai. It’s much tastier. 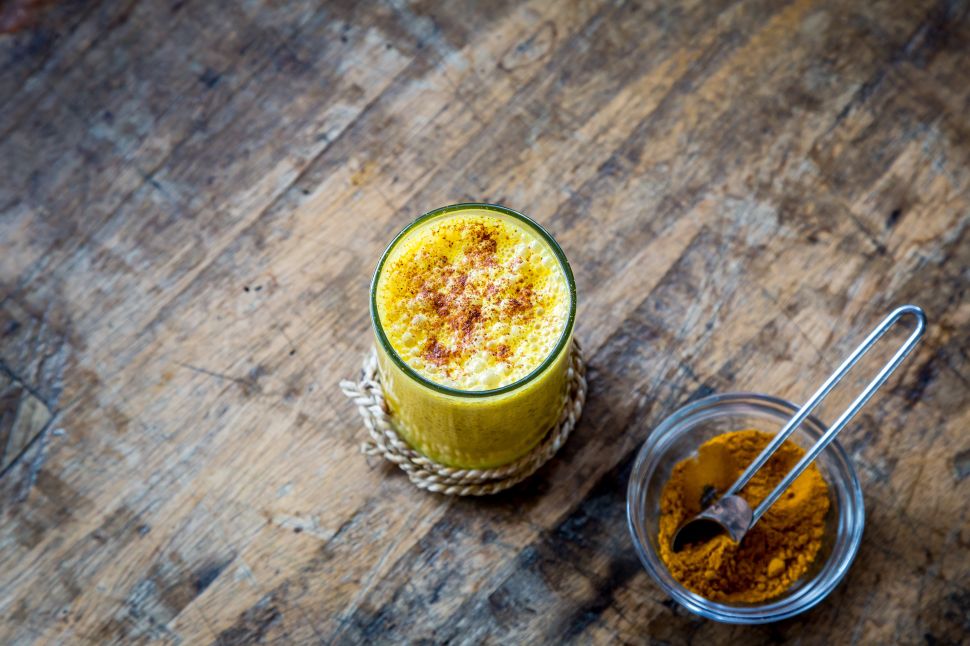