A spirited, decade-long effort by workers to organize a union at the sprawling Nissan assembly plant in Canton, Mississippi, seemed to drive into a ditch on August 5, when officials finally tallied the election ballots.

The margin looked definitive: 1,307 workers voted to have the United Auto Workers represent them, while 2,244 voted against.

It was a dismal and disappointing result for organized labor that would seem to conform to the half-century slide in its ranks and impact on the U.S. economy. At first glance, the outcome threatens to further solidify a standard of falling wages, more temporary workers and fewer workplace rights from Long Beach to Long Island.

But the story doesn’t end there. Behind this loss there’s a glimmer of hope for labor. Decades of research on labor and globalization, particularly in manufacturing and the auto industry, lead me to believe that while the pro-union workers may have suffered a setback, the campaign is far from over. In fact, there are signs that the UAW’s organizing effort has made some lasting inroads that could lead to success down the road.

What happened in Canton

Nissan, a highly successful Japanese automaker, operates with unions at all its auto assembly plants worldwide except the two in the United States (the company has two other U.S. factories that assemble powertrains).

Nissan workers at the Canton car factory – which makes up to 450,000 Altimas, Frontiers, Armadas and other cars and vans a year – began to organize soon after it opened in 2003.

As the Canton effort gained momentum, workers and UAW organizers built a social movement in the plant and in the broader community. Churches, community groups, civil rights organizations and political leaders all became involved. The workforce, overwhelmingly African-American, defined their struggle in terms of civil rights.

That’s because workers felt their right to join a union and bargain collectively was being violated. Those rights were enshrined in the 1935 National Labor Relations Act, also known as the Wagner Act or often described as labor’s Magna Carta.

The act created the National Labor Relations Board, which initially told companies to remain neutral when workers are considering forming a union because, as Alexander Hamilton warned a century and a half earlier, employers have an inherent power over their employees: “a power over a man’s support is a power over his will.” The National Labor Relations Board, particularly in its early days, deemed a company’s anti-union statements equivalent to unfair labor practices, according to historian David Brody.

Phil Bryant, the governor of Mississippi, a right-to-work state, also weighed in ominously to reporters on the eve of the vote:

“If you want to take away your job, if you want to end manufacturing as we know it in Mississippi, just start expanding unions.”

A regional director of the National Labor Relations Board issued a complaint in July that accused Nissan of threatening to terminate employees involved in the unionizing effort and to close down their plant if their organizing drive succeeded – both illegal acts under Wagner.

Clearly, the workforce was divided. Many workers were nervous about challenging the status quo because they were earning more at Nissan than they would have at other jobs in low-wage Mississippi. Others simply didn’t want a union or believed the company’s scare tactics suggesting unionization would lead to terrible results.

A mountain of scholarship, however, concludes strong unions historically have contributed to higher wages and a growing middle class – even for workers who aren’t unionized.

Unions paved the way to the middle class after World War II by linking rapidly rising productivity to growing wages and benefits.

When unions are dismantled, such wage gains unravel, and so does the middle class. That’s what we’ve seen for the past 50 years. The sharp union decline since the late 1970s triggered “substantial wage losses among workers who do not belong to a union,” according to a 2016 Economic Policy Institute study. Western and Rosenfeld found that the decline of labor explains a fifth to a third of the growth in inequality.

Economists Thomas Piketty, Emmanuel Saez and Gabriel Zucman found that despite the U.S. economy almost doubling in size since 1986, almost all the gains flowed to the upper reaches of the income distribution, primarily the top 1 percent. The authors blamed “weakened unions” as one of the reasons the bottom half of wage earners – 117 million Americans – were largely left behind.

Although the final vote at the Nissan plant was lopsided, it also offers a degree of hope to those who’d like to see the resurgence of organized labor.

The result, which saw 38 percent vote for the UAW, was in fact the union’s best result by far out of three efforts to unionize Nissan plants in the U.S. The UAW tried and failed twice before, both times at its car factory in Smyrna, Tennessee, in 1989 and 2001, earning about 30 percent support.

An additional caveat to the seemingly anti-union outcome is that auto plants like Nissan’s are increasingly being run by temporary workers. In Canton’s case, 2,700 out of 6,500 are temporary, hired through an outside contractor and paid a starting rate of US$13 an hour – about half what a full-time employee earns for the same work.

Union support ran high among these temps, but they were prohibited from voting. What this shows is that, despite the loss at the ballot box, the unionization drive has galvanized much of the community and created a social movement in Canton. In addition, protests during the campaign led Nissan to promise to adopt some changes that would benefit these temp workers. Failure to meet these promises would also aid pro-union forces.

The loss was a disappointment to be sure. The contemporary labor movement, however, emerged against similar seemingly impossible odds in the midst of the Great Depression. The pro-union Nissan workers, like their peers from the 1930s, have built a social movement on the shop floor and in the community around their cause and have reached what I’d consider a critical mass of support.

On the eve of the election, the UAW filed seven new complaints with the NLRB, which could grant them a new election in six months based on the alleged violations of the Wagner Act. Whatever happens with these complaints, neither these workers nor the UAW are going away.

Union supporters suffered a sharp setback, but it may not be the end of the story, for the Canton workers or the national labor movement.

Harley Shaiken, Director of the Center for Latin American Studies and Professor of Letters and Science, University of California, Berkeley 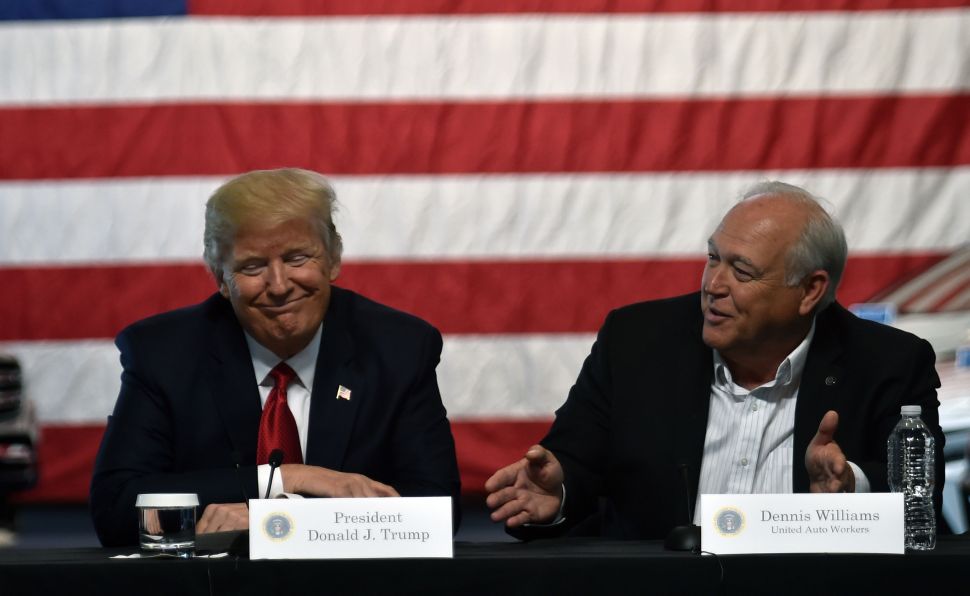