During the Clinton administration, Secretary of State Madeline Albright anointed the United States “the indispensable nation.” Perhaps Secretary Albright never heard of or chose to disregard French President Charles de Gaulle’s observation about “indispensable” people. “Graveyards,” he said, “are full of them.”

That phrase along with “leader of the free world” should be banished from the political and strategic lexicon. Clearly, during World Wars I and II and the Cold War, the United States was indeed the “indispensable nation” and the “leader of the free world.” But those eras are long gone. Unfortunately, the last three presidents failed to recognize this reality. And Donald Trump’s presidency will likely follow the same path.

Globalization, propelled by the information revolution, has induced tectonic change on the international system. The primacy of states—the foundation of international global politics since the 1648 Treaty of Westphalia—has been overtaken by the greater empowerment of individuals, non-state actors and international organizations. The influence of Edward Snowden, Julian Assange, al Qaeda and the Islamic State (IS) exemplify this change.

While the United States remains the largest economic and military power in the world, its relative advantages have eroded. For example, IS and al Qaeda, which lack an organized army and navy, are able to challenge and bypass these American advantages. In Syria, Russia has shown that a relatively modest military investment can change the political equation—which stands in stark contrast to the fact that hundreds of thousands of Americans (and other forces) could not do so in Vietnam and more recently in Afghanistan and Iraq.

Further, the structure of the international system remains a byproduct of World War II and the Cold War, somewhat augmented but never replaced with a framework that suits the 21st century. The UN, World Bank, IMF, GATT/WTO, NATO, G-20 and other international agencies are creatures of the past, designed in large measure for a binary world. Unfortunately, very little political and intellectual capital has been effectively spent on creating a more appropriate framework.

In these circumstances, claims of “indispensability” and “leader of the free world” are far less applicable. China and Russia seem happy to develop spheres of influence regardless of the United States, aided in one case by the Trump administration’s foolish decision to leave the Trans-Pacific Partnership (TPP). And America’s rejection of the Paris Climate Accord likewise has lessened American indispensability.

The term free world is also a misnomer. The United States turned a blind eye toward undemocratic and autocratic regimes if those states signed on to oppose the Soviet Union and communism. NATO allies Portugal and Turkey once had repressive regimes. It took decades for South Korea to become fully democratic. And friends on both sides of the Persian/Arabian Gulf from Tehran to Riyadh have scarcely reflected values of the free world. Yet that made little difference.

None of this may matter. After all, being the “indispensable power” and “leader of the free world” reflect aspirations and not necessarily reality. Instead, the United States should be pursuing policies based on a judicious understanding of its interests and the need for international cooperation in achieving peace, prosperity and security through partnerships.

The Trump administration has recognized this new reality but in a most clumsy way. For example, the State Department’s rejection of actively pursuing the expansion of democracy as a vital interest reflects the gross failures of that aim in Vietnam, Iraq, Afghanistan and Libya. And America’s retraction from a larger international role likewise clouds this recognition of diminished influence and leadership.

But the largest failure so far is the inability to create a 21st century security framework. Here the Trump administration shares much blame in common with Bill Clinton, George W. Bush and Barack Obama. Unless or until the United States acts on the realities of the 21st century, obsolete ideas such as “indispensability” and “leader of the free world” will remain slogans rather than effective, workable strategic concepts. 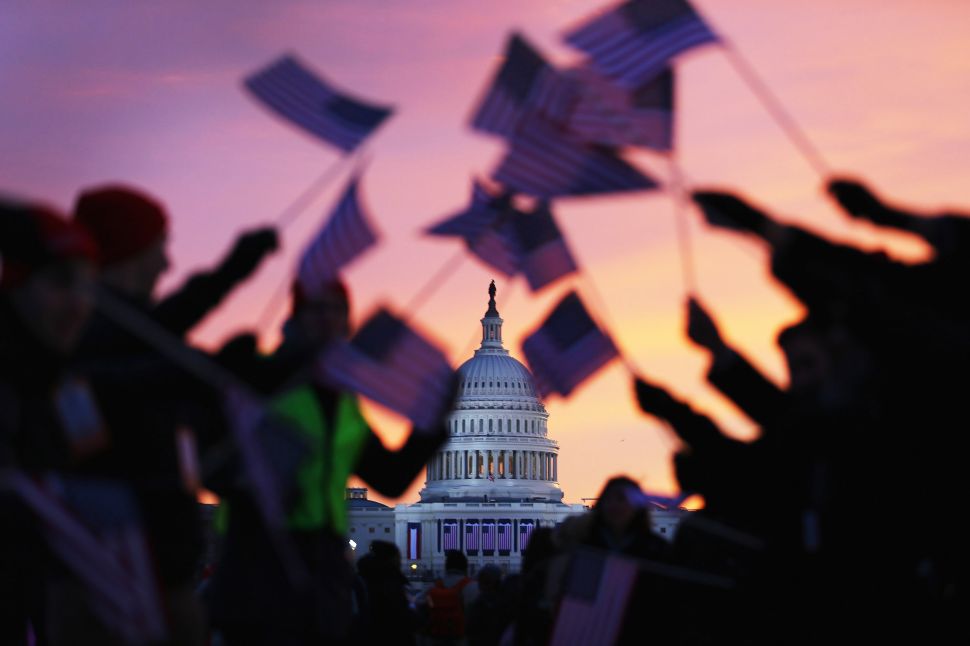