Happy Birthday, Chiara! We are glad you liked our terrace! #Chiara30 #Repost @chiaraferragni

In just a few weeks, stars will be flocking to Venice for the 74th annual International Film Festival. All eyes were glued on the actors, directors, producers and industry bigwigs at the Cannes Film Festival in May, and the Venice Film Festival, on the island of Lido, is no different. Indeed, this cinematic fest is actually the oldest in the world, and this year it takes place from August 30 to September 9.

While you don’t have to be an A-list celeb in order to venture to the beautiful Italian city during the festival, that doesn’t mean you shouldn’t vacation like one. There’s no shortage of gorgeous, luxurious hotels in Venice, and we’ve found five of the best. Below, see our top picks for where to stay during the upcoming film festival.

The Hotel Cipriani is perhaps the most famous of all the places to stay in Venice.  It was first opened in 1958, by Giuseppe Cipriani—the inventor of the Bellini—so make sure to order the esteemed bubbly beverage while lounging beside the Olympic-sized pool. The hotel is reached by way of a private motorboat, as it’s located on the island of Guidecca, across the lagoon from St. Mark’s Square; it even has a private dock by the Piazza. Upon reaching the hotel, there are plenty of luxe activities to partake in, aside from the requisite swimming and suntanning. There is a full fitness center, as well as red clay tennis courts and a lavish spa. There’s also a Michelin star restaurant, Oro.

The Bauer Hotel is also located a few minutes away from St. Mark’s Square, and the concierge will organize your arrival via taxi. The hotel is comprised of 56 suites and 135 rooms; the most luxurious of which is the Royal Suite. The decadent space is 1,080 square feet and features original stucco, antique furniture and mirrors, Venetian flooring and chandeliers. Not that the other rooms aren’t nice, too—local Italian materials are used throughout, including marbles, fabrics and furniture. The Bauer Hotel is also where you’ll find the largest wellness center in Venice, including a hammam, eight treatments rooms, steam bathtubs and hydro massage baths. The hotel also has three restaurants, as well as two bars. In fact, B Bar is open all night, so guests can pop in before and after they finish film screenings.

Hotel Danieli is made up of three separate palazzos, dating back to the 14th, 19th and 20th centuries. It’s on the Riva degli Schiavoni, and of course the hotel arranges for private transportation via the Venetian lagoons. It’s located near the Bridge of Sighs and the Piazzo San Marco, and many of the rooms and suites have balconies from which guests can take in views of the . Indeed, its rooftop restaurant, Terrazza Danieli, features incredible views of the Grand Canal. All their rooms are breathtakingly luxe, especially the Doge Dandolo Royal Suite, which spans 1,615 square feet and has three chandeliers, three balconies, a separate entertaining area and a private Turkish steam bath.

The Gritti Palace’s past guests include Ernest Hemingway, Humphrey Bogart, Elizabeth Taylor and Scarlett Johansson. Hemingway had a lasting impact—one of the presidential suites is named after the writer, and he wrote part of his novel Across the River and Into the Trees here. The 82-room hotel was immaculately restored, with original wooden ceilings, flooring and mirrors. The Gritti Palace also houses the Acqua di Parma Blu Mediterraneo Spa, with treatments that involve aromatic oil application, pressure point massages and other services, and it’s exclusively for the use of hotel guests. In addition to one restaurant and three bars, the hotel also offers a culinary experience at the Gritti Palace Epicurean School, where you can take demonstration classes visit markets.

Aside from being an impressively opulent hotel, the Ca’Sagredo, recognizable from its pink façade, is also a national monument. The 15th century palace has since been converted into a hotel with 42 rooms and suites in a classic Venetian style, and was reopened in 2007, following an extensive renovation. The lavish hotel features a frescoed ballroom, marble staircase and views of the canal and Rialto Market. Paintings by Venetian artists decorate the walls of the hotel, as well. Make sure to visit the L’Alcova restaurant, a waterside spot which has a terrace that overlooks the Grand Canal. 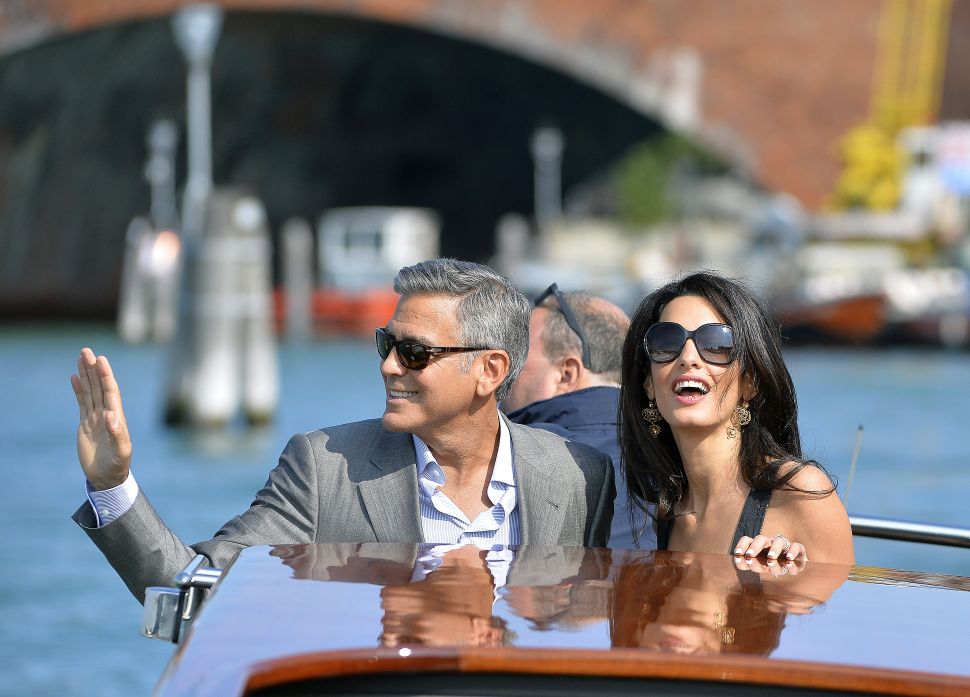