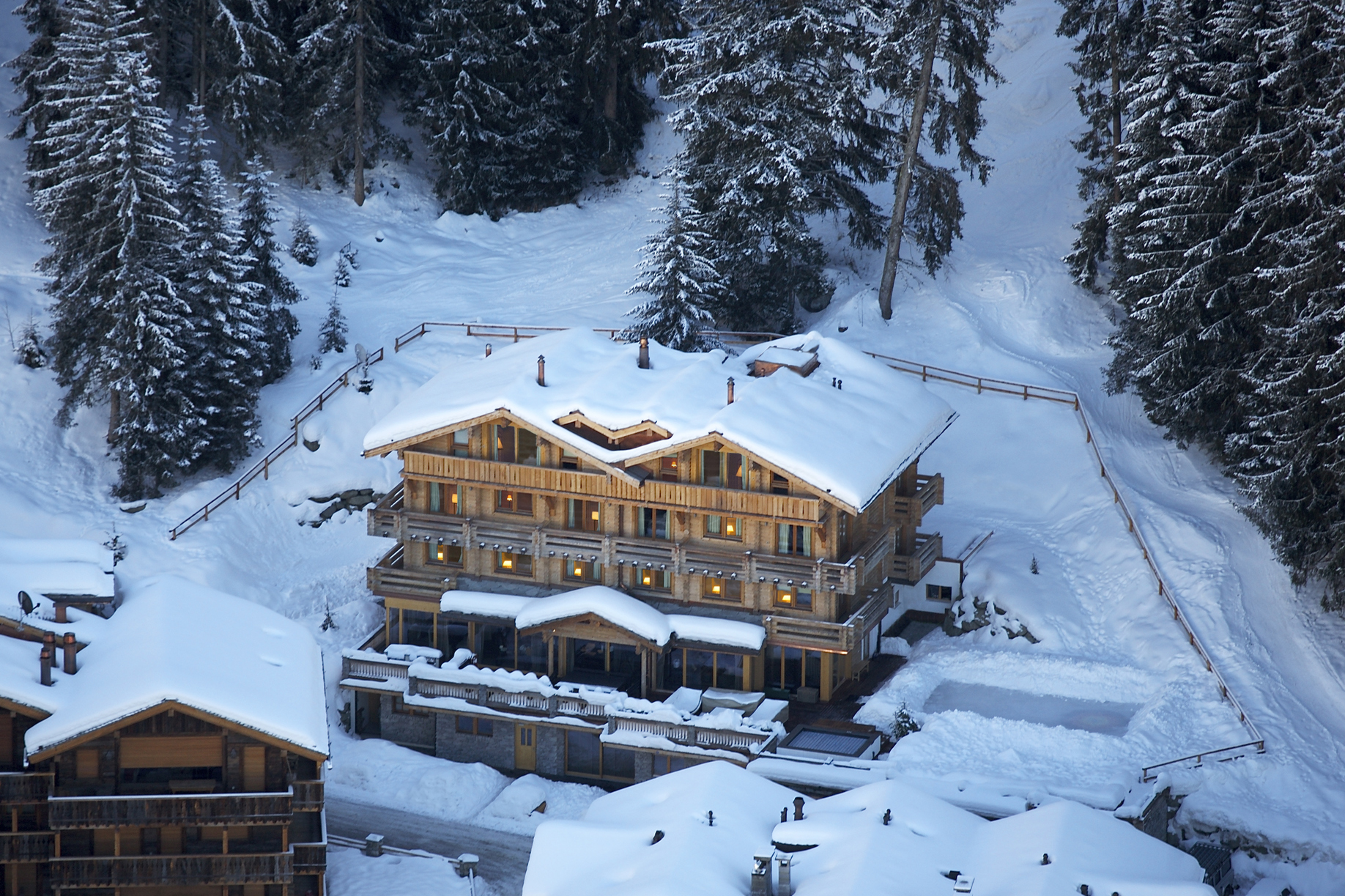 Richard Branson's The Lodge at Verbier is celebrating its tenth anniversary this winter. Scroll through to see inside the royally-approved resort spot.
Courtesy Virgin Limited Edition 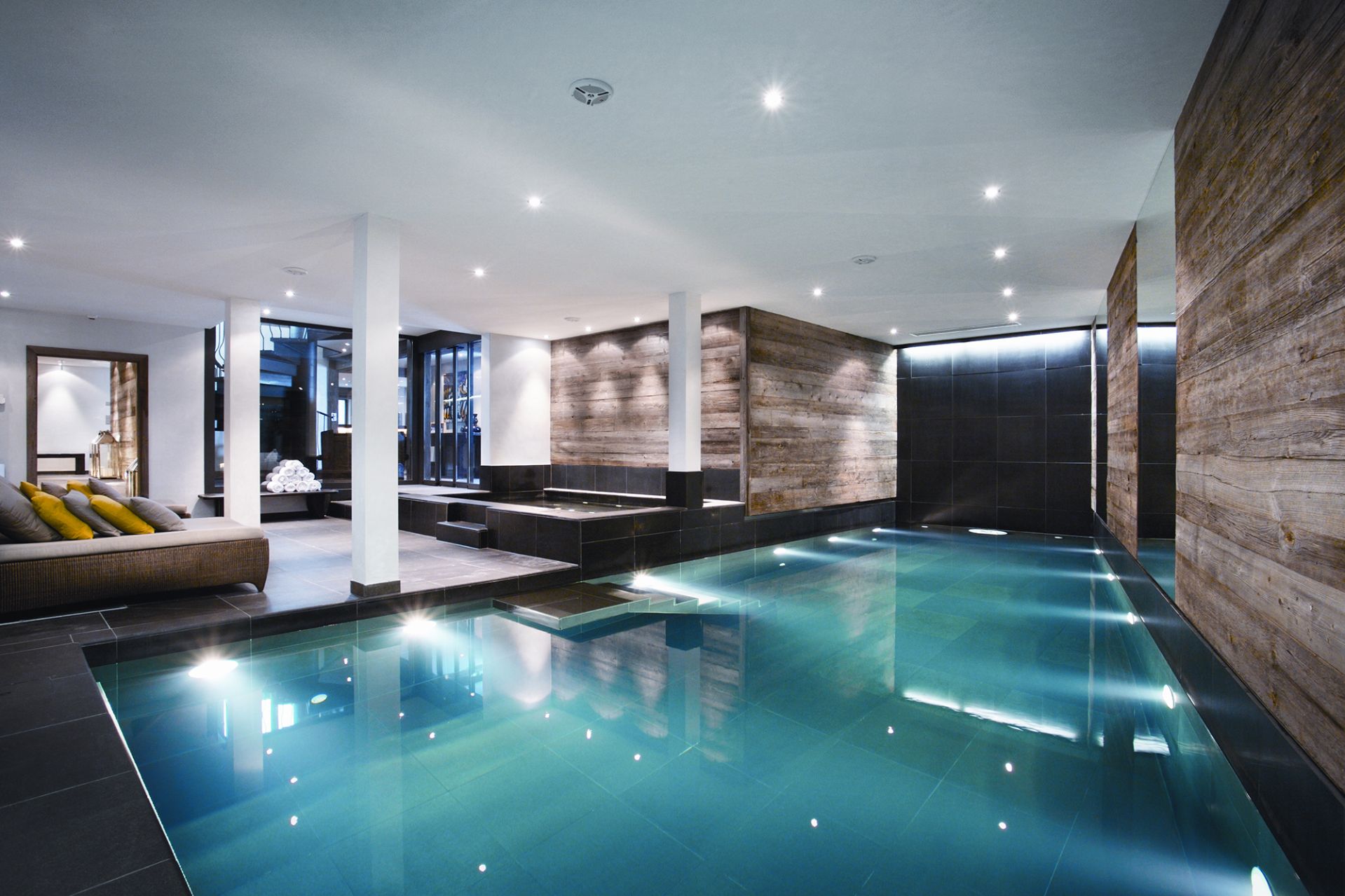 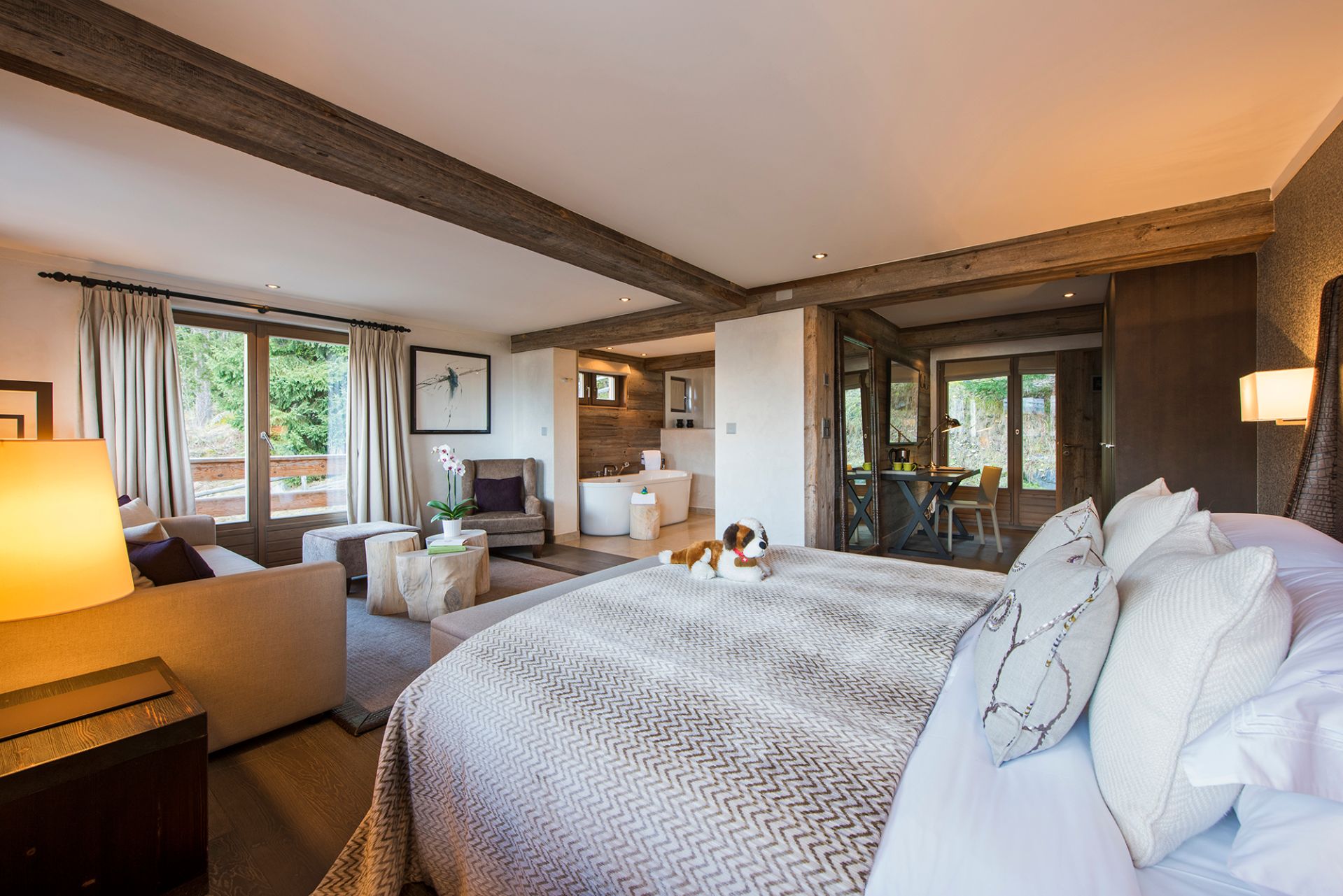 The chalet is comprised of nine bedrooms and suites.
Courtesy Virgin Limited Editio 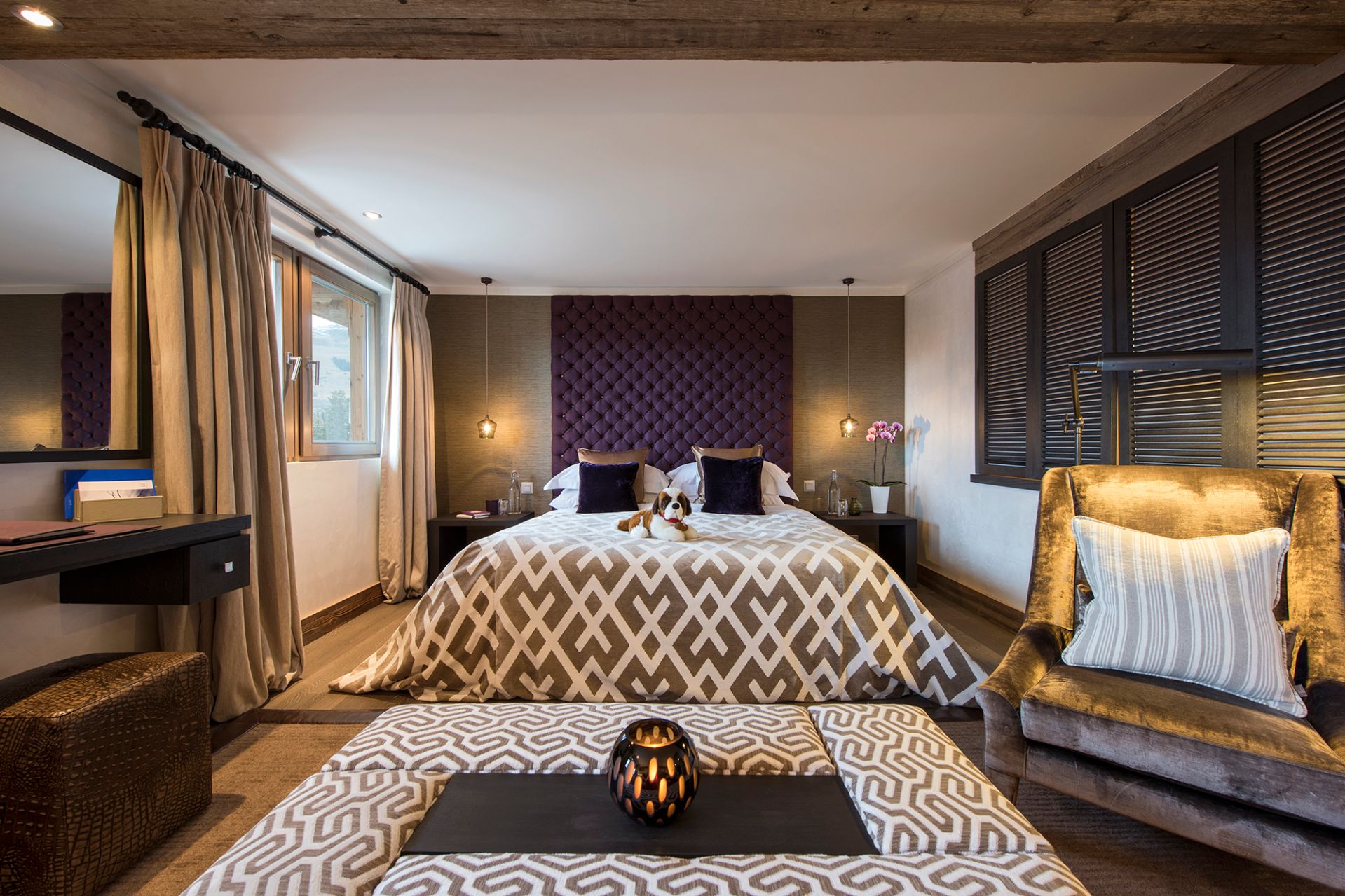 The master suites are on the top floor.
Courtesy Virgin Limited Editio
Advertisement 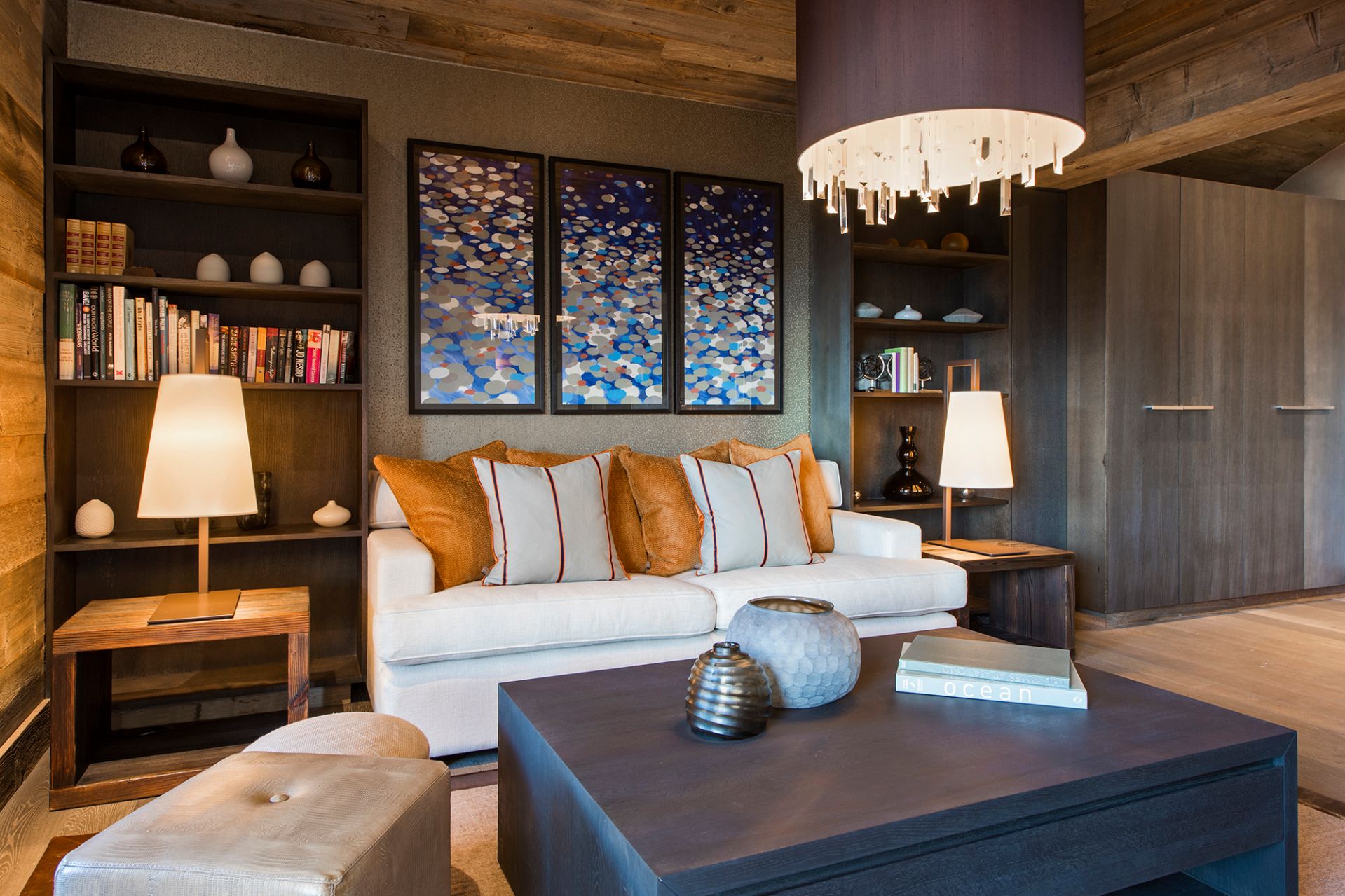 A peek inside one of the master suites.
Courtesy Virgin Limited Editio 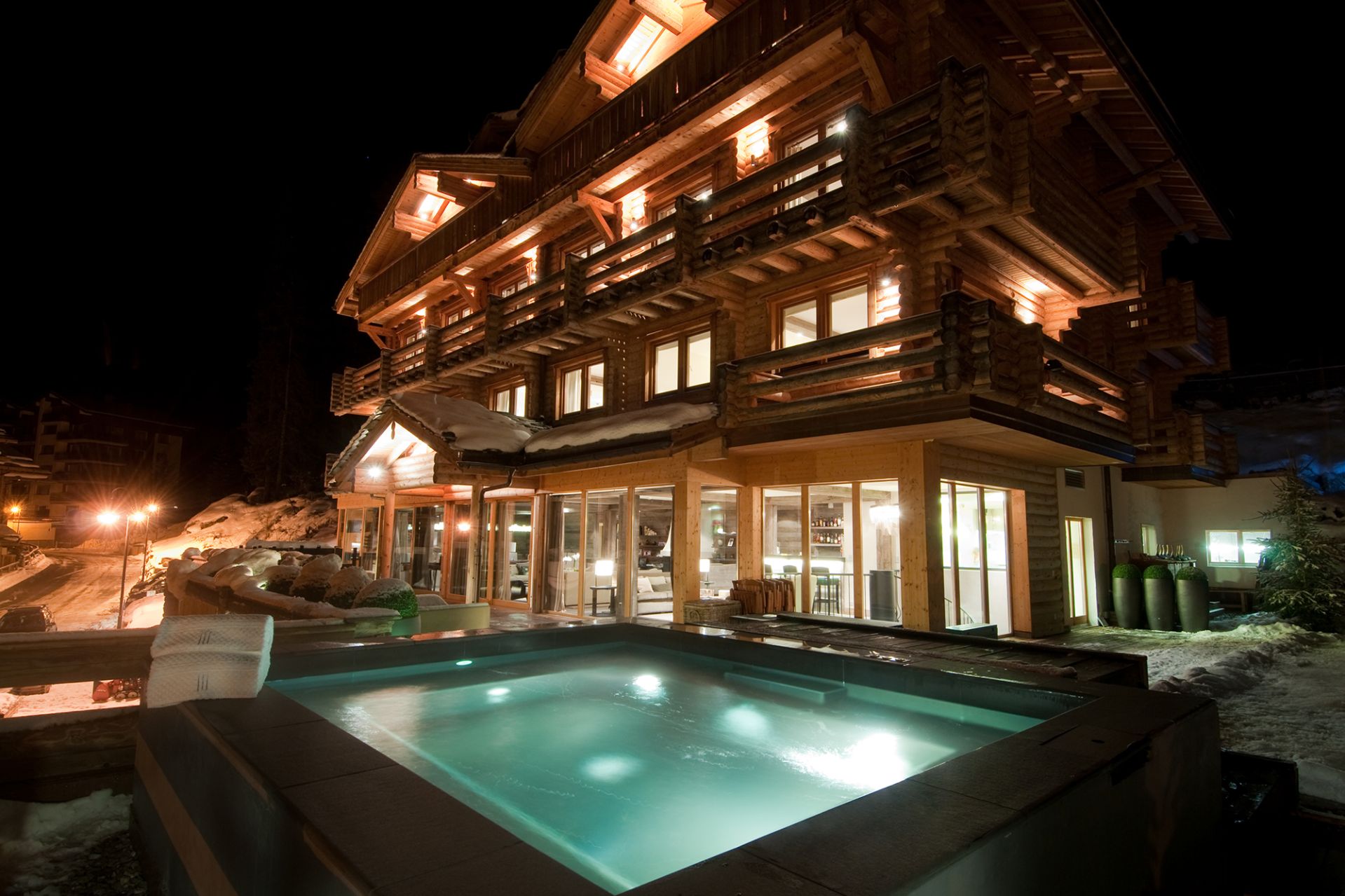 There are two Jacuzzis in the chalet.
Courtesy Virgin Limited Editio 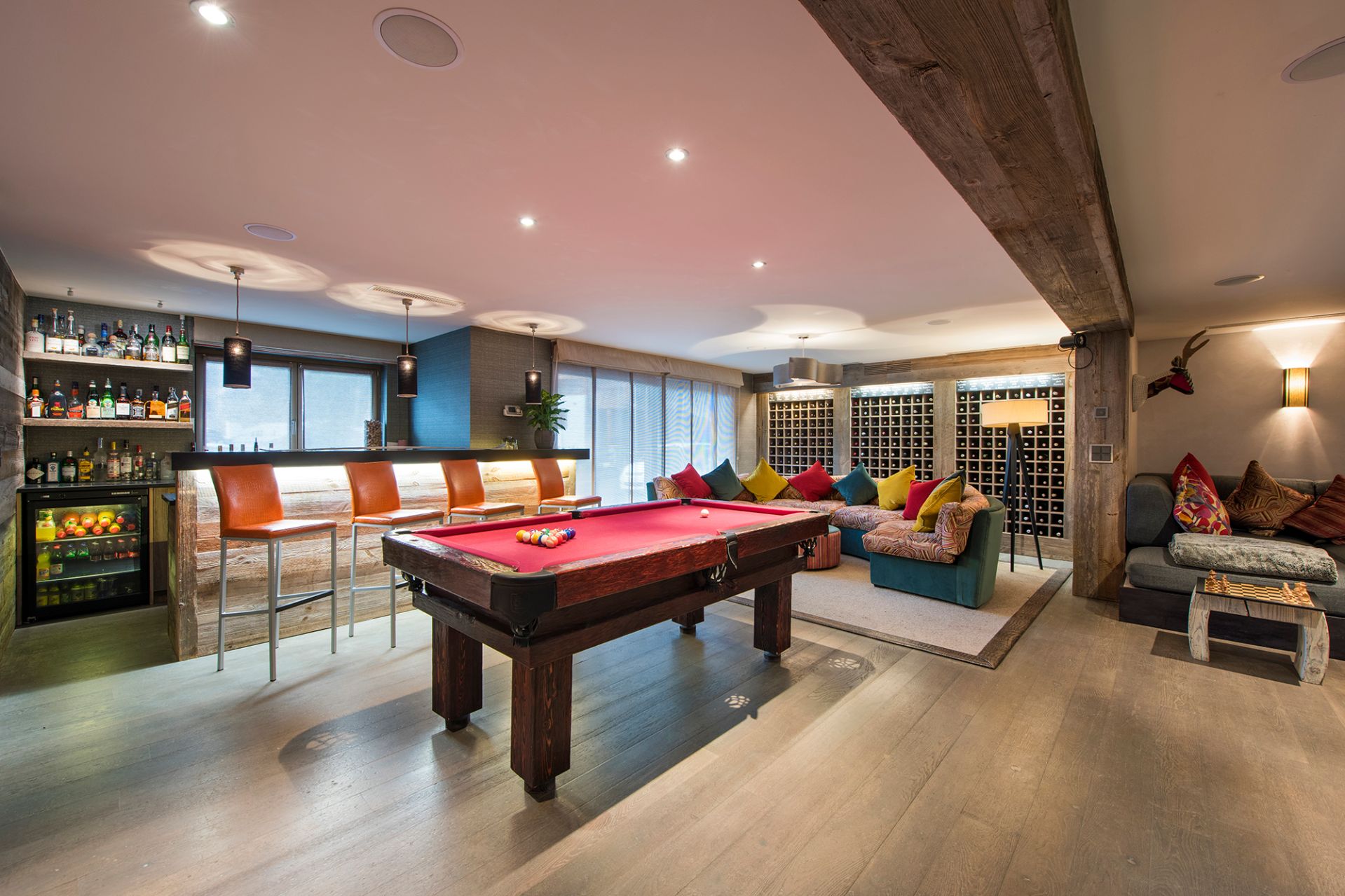 There's a party room with a bar inside The Lodge.
Courtesy Virgin Limited Editio
Advertisement 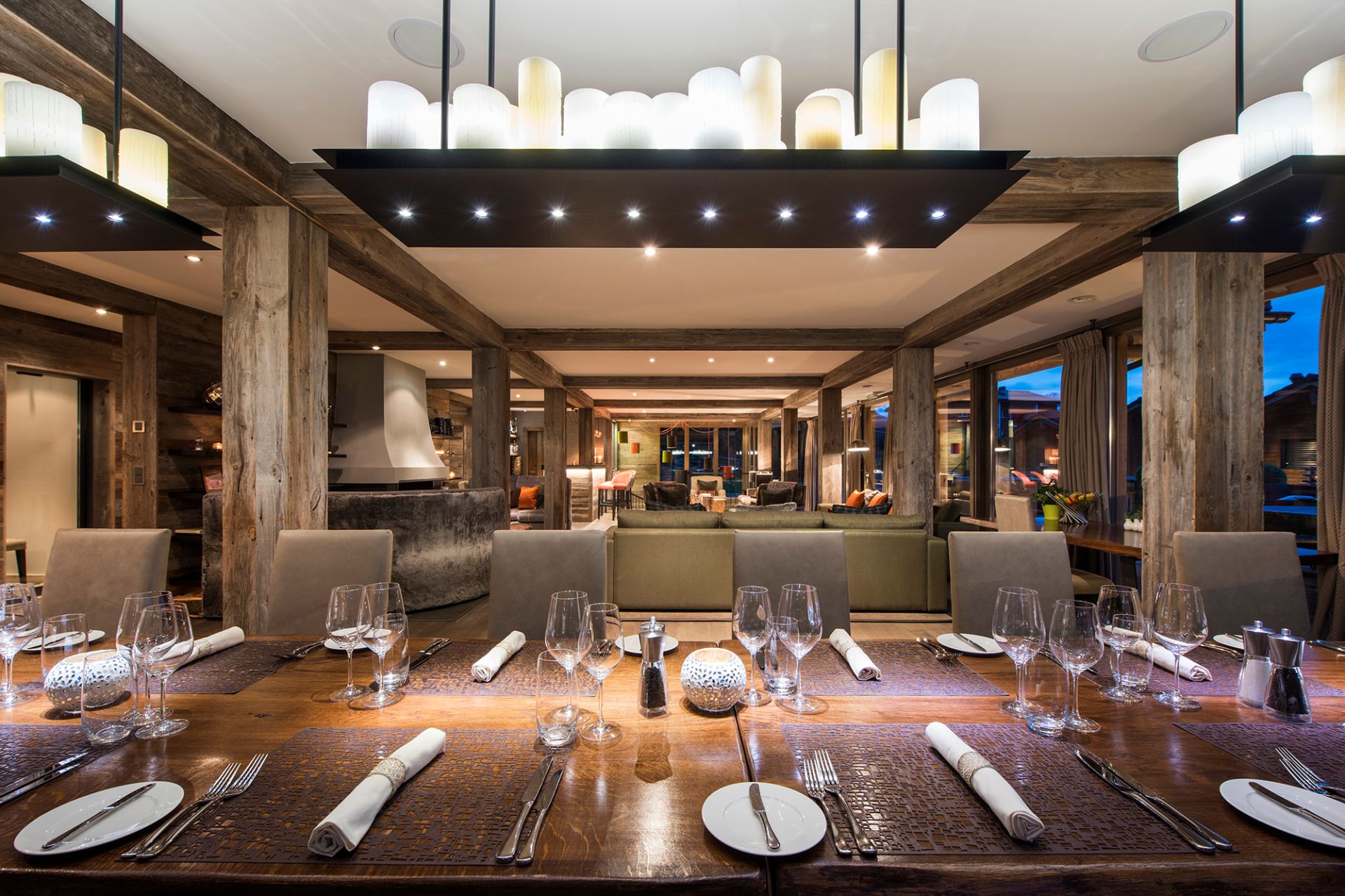 You can opt for formal or casual dining.
Courtesy Virgin Limited Editio 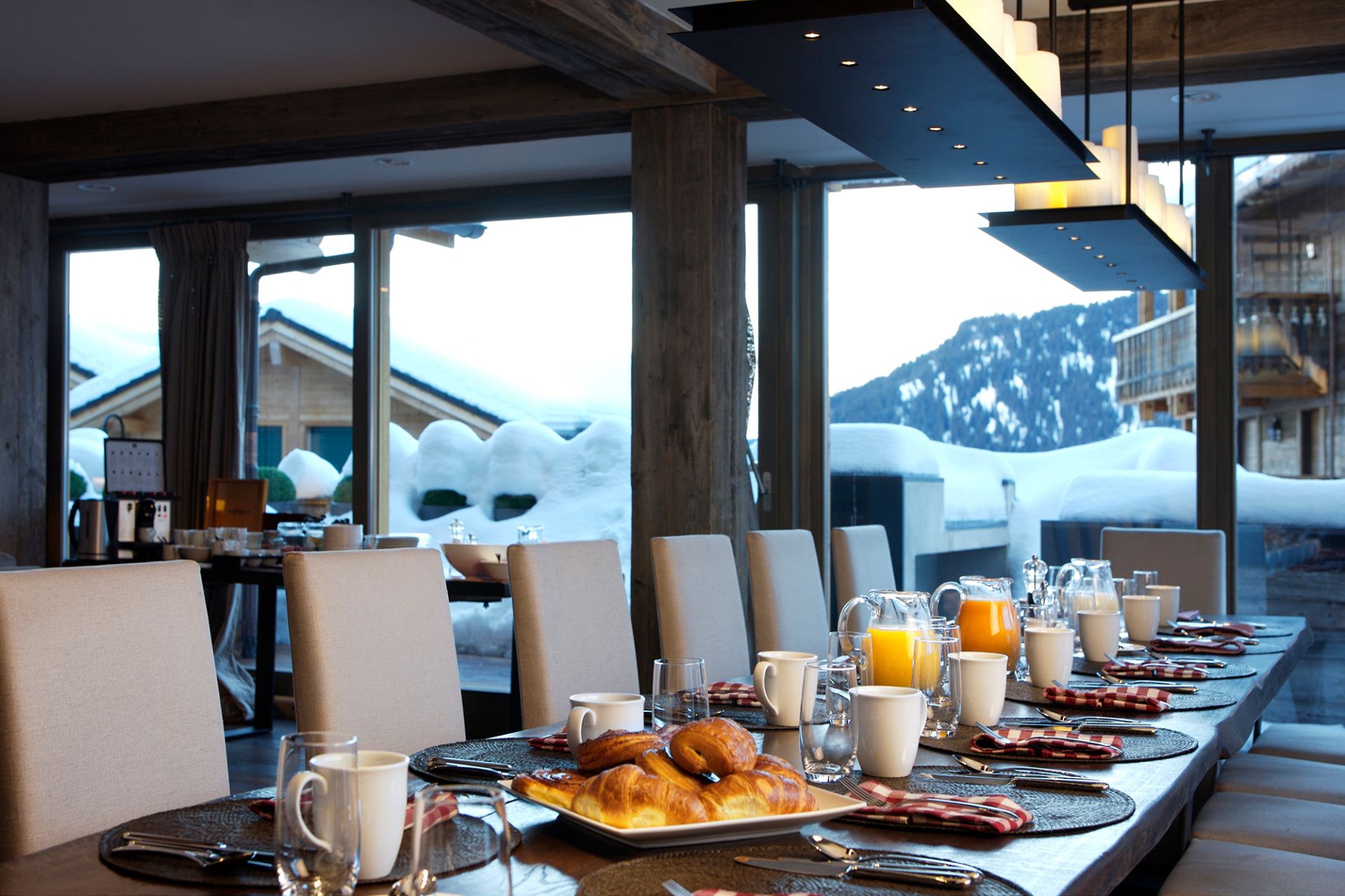 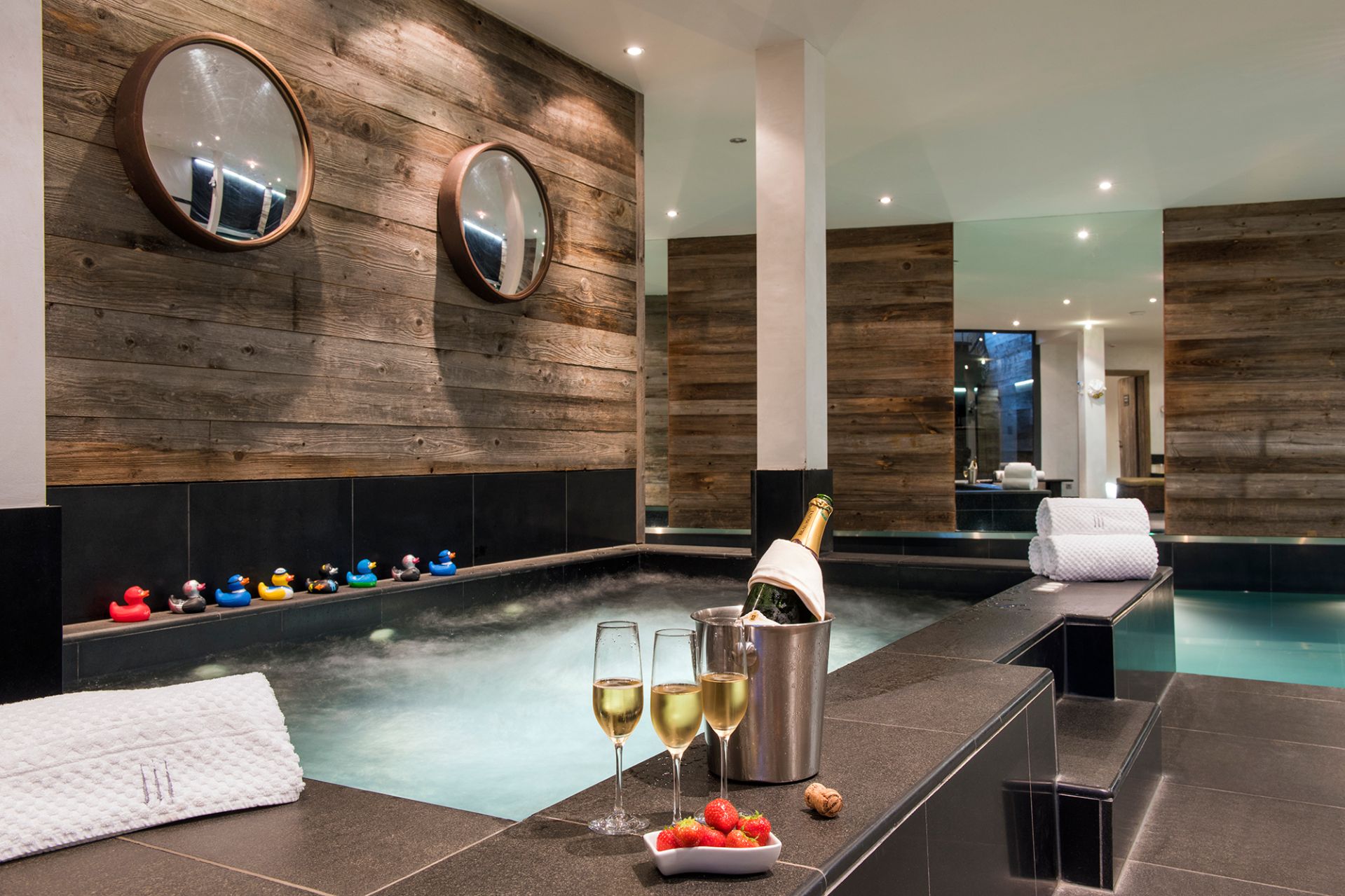 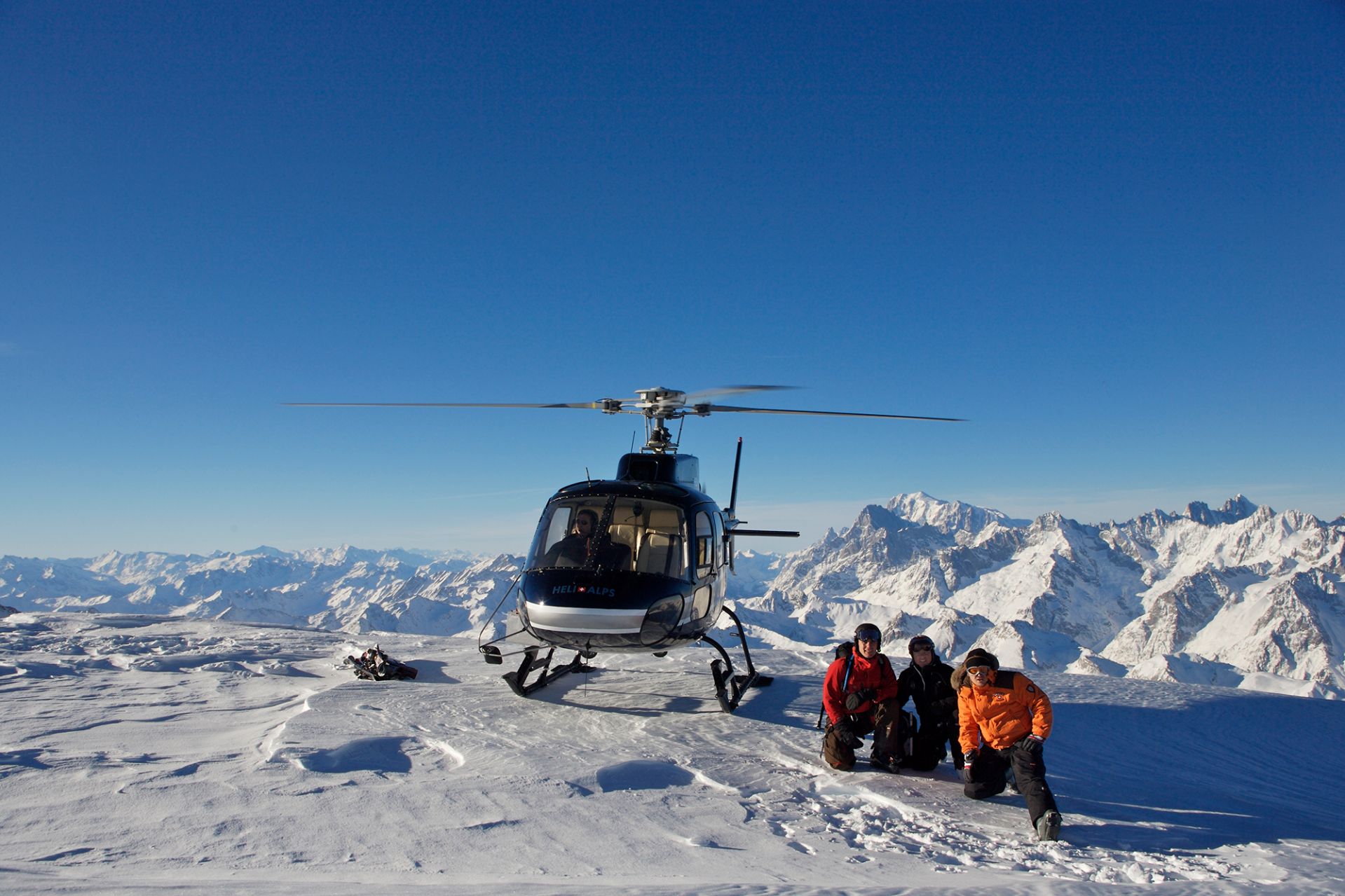 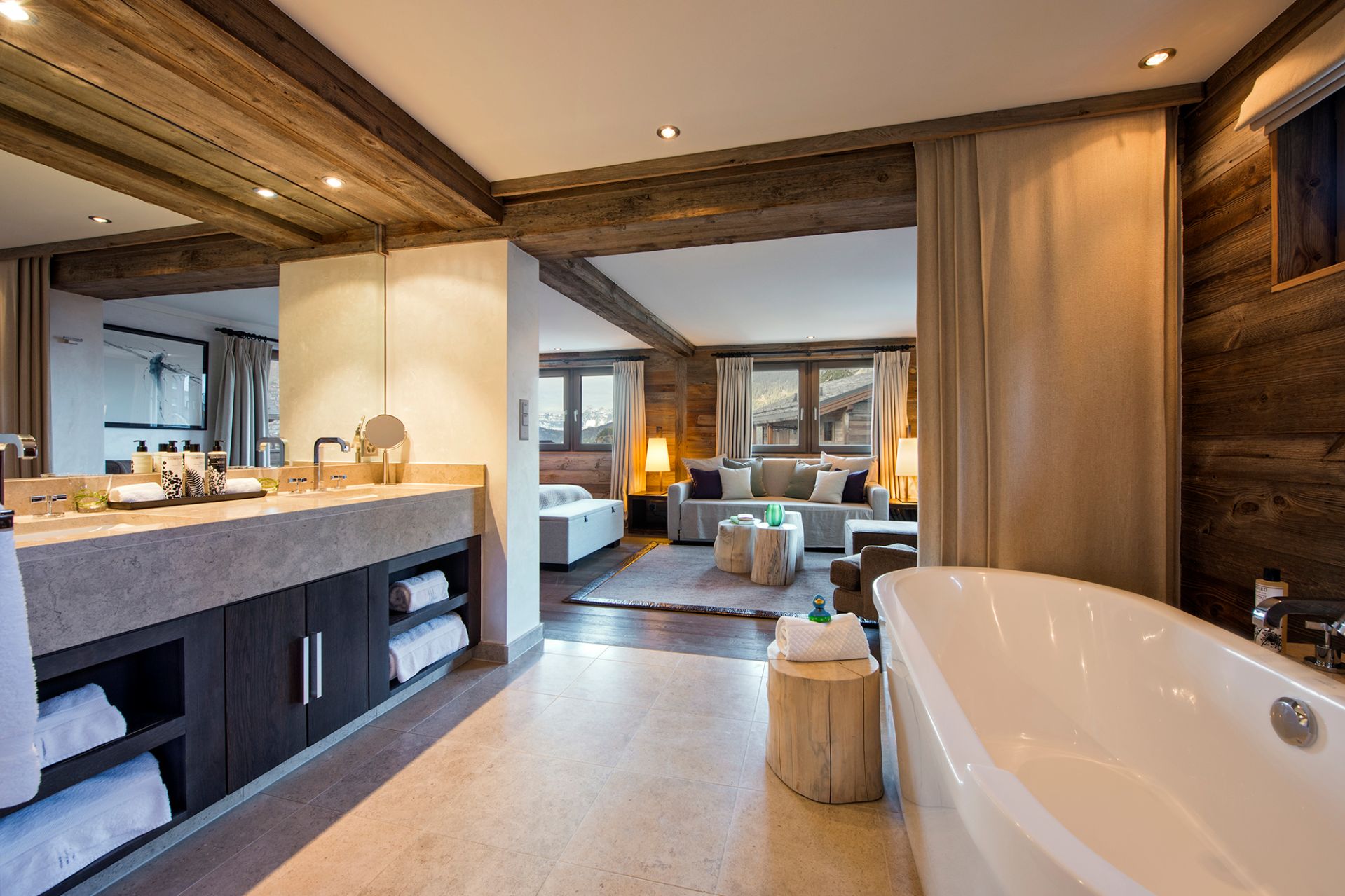 The chalet is five floors, and there's an elevator that goes to each.
Courtesy Virgin Limited Editio 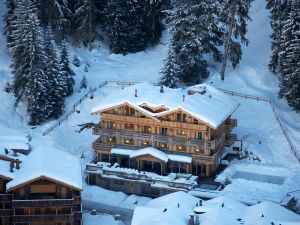 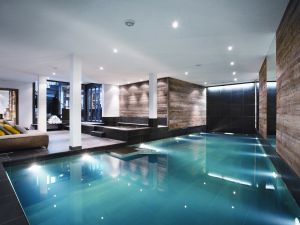 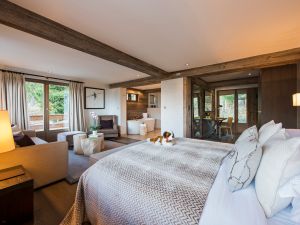 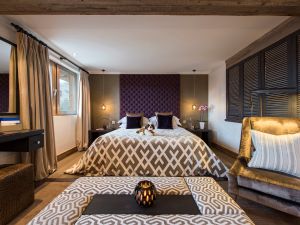 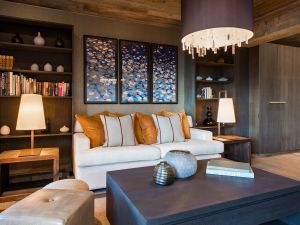 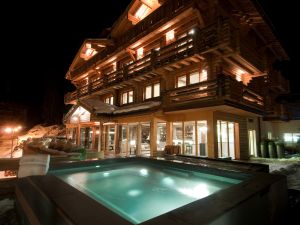 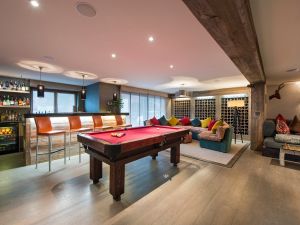 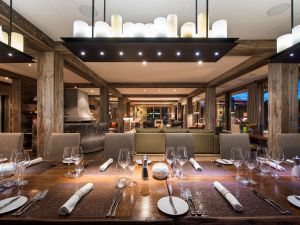 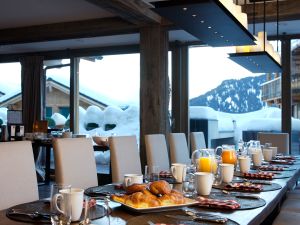 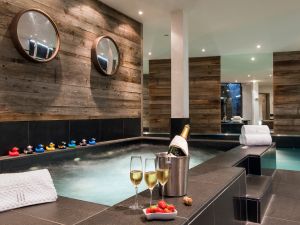 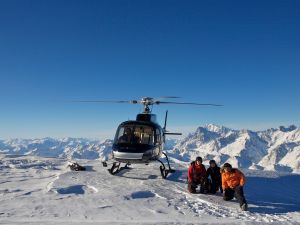 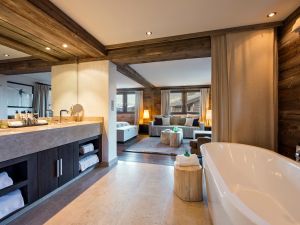 The resort spot Verbier, in the Swiss Alps, is a celebrity favorite. The destination attracts the likes of Leonardo DiCaprio, Jude Law and of course, the royal family. It’s where Prince William’s now infamous dad dancing took place in a nightclub, but the Duke of Cambridge has also vacationed there with Kate Middleton. The Duchess of Cambridge’s sister, Pippa Middleton, has also spent time there—she went on a ski trip there with her now husband, James Matthews, in March last year.

You can go to Verbier in the summer, but it’s best known for its winter season. The chic spot is more about private chalets than hotels, but you don’t have to own a property in the Swiss Alps to visit. Richard Branson opened The Lodge at Verbier a decade ago, so since this winter marks the 10th anniversary of the opening of The Lodge, why not take a cue from the British royal family and head to Verbier instead of Aspen this year?

During the summer, you can rent a single room (or multiple rooms) in The Lodge. During the peak winter season, from December 16 to April 15, you rent out the entire chalet, with rates starting at $102,271 for a seven-night stay. Along with a staff of 15 to help you with anything you could possibly need, there’s a 24-hour driver service. Breakfast, afternoon tea and dinner are included in the rate (with the exception of one special dinner out), as well as a “light lunch” at The Lodge if you’re not on the mountain.

The Lodge at Verbier is a five-floor chalet, comprised of two master suites on the top floor, both with fireplaces and sitting areas, which are connected via a secret door in a bookcase. The luxe other rooms, some of which have balconies, are on the remaining levels.

Aside from the sleeping accommodations, the chalet also has its own spa room, with a resident beauty therapist and full list of relaxation and wellness treatments—for after all that time on the slopes, of course. There are two Jacuzzis, a heated indoor pool and a steam room. The Lodge at Verbier has a resident chef, and uses local and seasonal ingredients in the Swiss and international cuisine. You can opt for über formal dining like a four-course gourmet meal, or something more casual.

The slopes are obviously the main attraction, and when you book the entire Lodge, you get a staff of 15 plus professional ski instructors. For the advancers skiers, there’s heli-skiing and other tricky trails, but don’t worry if you’re not as adept as others—they’ll teach you. In fact, you can even choose to see everything you’ve done that day on video, and receive analysis on your performance and progress—all while watching on the big screen in the chalet.

There’s also the option to go paragliding and sledging, as well as activities entirely separate from cold weather sports. You can take day trips to France and Italy, and book a wine tasting either at The Lodge or one of the wineries down the valley. Or, the staff will book you an excursion to Sierre, which is home to Europe’s biggest underwater lake.

Richard Branson’s Virgin Limited Edition includes a number of lavish vacation spots, with Necker Island perhaps being the most well known of them all—it’s where Branson hosted the Obamas earlier this year. Perhaps he’ll bring them on a skiing trip this time around…surely the former president will take to skiing and winter sports as he did to paddle boarding.