When the mainstream press operates as a horde—which it has done multiple times this past year—important details are left out.

One such detail was when President Donald Trump randomly asked about the Civil War this spring saying, “Why could that one not have been worked out?”

“President Trump mused in an interview that the Civil War could have been avoided if only Andrew Jackson had been around to stop it,” as The New York Times reported on the incident. “Jackson had been dead 16 years and long out of office when the war started in 1861.”

That Trump has come to model his presidency on Andrew Jackson is ridiculous. Jackson hated gilded city folk like Trump, and saw even Thomas Jefferson and George Washington as seekers of status and fame as great or greater than any of Europe’s monarchs. Steve Bannon likely tutored him on this. The idea of a rising “age of Jackson” had been around since Sarah Palin, who was actually Jacksonian.

The press might have panicked because Trump challenged one of their inherent, institutionalized assumptions by asking a question that needed to be asked, especially today.

Trump—or Bannon—possibly got the idea from a book review in The New York Times back in 2011 titled “Was the Civil War Necessary?,” which discussed David Goldfield’s America Aflame.

“Emancipation and reunion, the two great results of this war, were badly compromised,” Goldfield said as Tony Horwitz reports in a 2013 piece in The Atlantic. Given these equivocal gains and the immense toll in blood and treasure, “Was the war worth it? No.”

It might be a good time to ask because as monuments are coming down across America in opposition to slavery and the Civil War, Vermont is about “to formally celebrate the life of John Brown, the radical abolitionist who was hanged for treason in 1859.” The resolution will recognize October 16 as John Brown day.

John Brown might well be seen as the catalyst to the Civil War, the trickster figure who brought the chaos moment that would turn the tide and reformulate history. After Brown, there would be no turning back. Over a million Americans would be killed or maimed on American soil.

Is this the right approach? As monuments and memorials are coming down across America in a movement that surfaced at Washington and Lee University in July 2014, when black law students protested the battle flags of the Confederacy at Lee Chapel, a movement vastly amplified the following June after the tragedy of the AME church in Charleston, South Carolina, will Civil War symbolism begin in the near future to rise up again in opposition here in the North? Will a rising counterpoint advance a new cycle of Yankee contempt for Texas and the South that already runs sky high in New England?

Firebrand Brown was hung after his failed attempt to capture the United States arsenal at Harper’s Ferry, in hopes of jumpstarting the Civil War.

“In fact, it was so absurd,” Abraham Lincoln remarked, “that the slaves with all their ignorance, saw plainly enough it could not succeed.”

“When news of the invasion was first flashed across the country, the most common reaction was that this was obviously the act of a madman, that John Brown was insane,” C. Vann Woodward, one of the most influential historians of the post war era, has written. In fact, “Brown’s maternal grandmother and his mother both died insane. His three aunts and two uncles, sisters and brothers of his mother, were intermittently insane, and so was his only sister, her daughter, and one of his brothers. Of six first cousins, all more or less mad, two were deranged from time to time, two had been repeatedly committed to the state asylum… Of John Brown’s immediate family, his first wife and one of his sons died insane, and a second son was insane at intervals.”

As he left the White House, Bannon declared the Trump presidency “over.” It may well be, but the Bannon era is just beginning. New generations beyond the Millennials are beginning to rise, and there are suggestions that they follow their own lights and Bannon’s.

Our’s is a precarious, teetering moment. Perhaps Sen. Ben Sasse of Nebraska described it best by suggesting the present day resembles the summer of 1967: “It feels like violence is coming.”

Vermont might reconsider the timing of this celebration day to yet another iconic Civil War warrior with questionable intent. What might be needed here and throughout is not a John Brown but maybe a Thich Nhat Hanh, the “Lotus in a sea of fire,” who led the Buddhist delegation in the Paris Peace Accords that ended the Vietnam war and brought peace to a world on fire in 1972.

Time to move on. 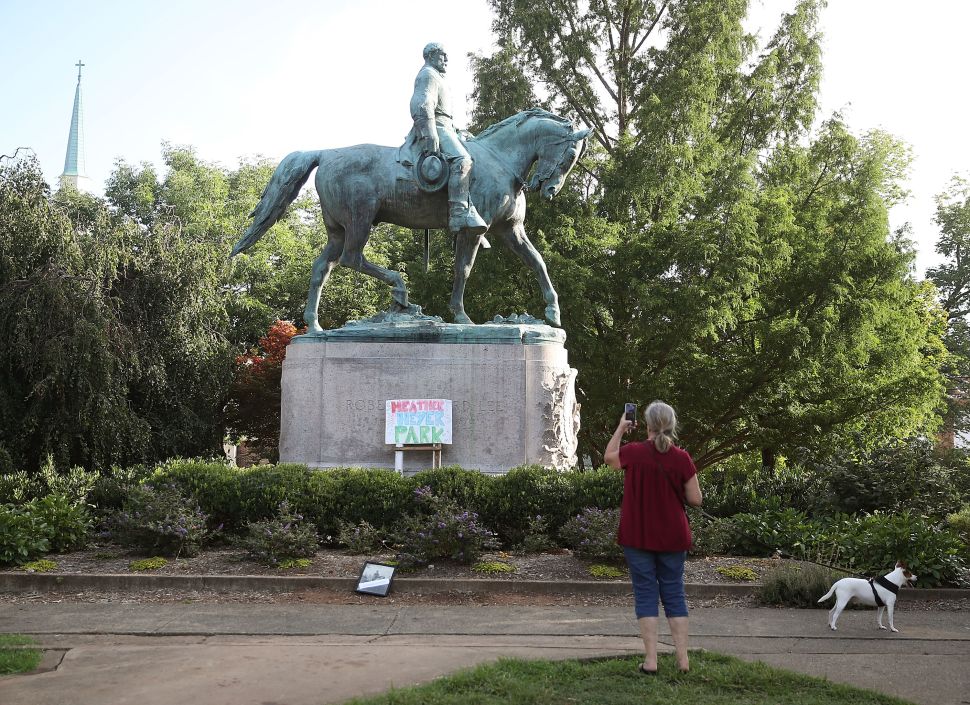