When one thinks of Antarctica, one of the last things to come to mind is volcanoes, but that is precisely what scientists recently discovered under the continent’s western ice sheet. Conducted by Edinburgh University, the project discovered 91 volcanoes, an amount that could mean that the region has the highest density of volcanoes in the world. The discovery comes amid increasing concern that climate change is leading to ice sheet destabilization in the region, which could drastically increase global sea levels. Antarctica holds an estimated 60 percent of Earth’s freshwater. If it all melted, global sea levels would rise by 200 feet.

“If one of these volcanoes were to erupt, it could further destabilize west Antarctica’s ice sheets,” said glacier expert Dr. Robert Bingham, one of the project’s authors, in an interview with the Guardian. “Anything that causes the melting of ice—which an eruption certainly would—is likely to speed up the flow of ice into the sea. The big question is: how active are these volcanoes? That is something we need to determine as quickly as possible.”

Forty-seven volcanoes in the region were known before the project. Several are visible above the surface, but scientists are still uncertain about the exact number of volcanoes underneath the ice sheet.

Dr. Bingham noted, “We were amazed. We had not expected to find anything like that number. We have almost trebled the number of volcanoes known to exist in west Antarctica. We also suspect there are even more on the bed of the sea that lies under the Ross ice shelf, so that I think it is very likely this region will turn out to be the densest region of volcanoes in the world, greater even than east Africa, where mounts Nyiragongo, Kilimanjaro, Longonot and all the other active volcanoes are concentrated.”

The newly discovered volcanoes range in height from 100 to 3,850 meters, and some are more than two miles thick. Scientists are expanding their search to the sea bed underneath the Ross Ice shelf.

Scientists theorize that ice sheets and glaciers mitigate volcanic activity. However, global warming is leading to rapid ice loss in the region, meaning disastrous effects could be in store for the rest of the planet. Though Antarctica’s average elevation of one mile above sea level has helped stave off the effects of climate change that the unraveling Arctic has been experiencing, current trends have shown Antarctica ice loss has surpassed the rates that can be deemed natural. Earlier this year, a large chunk of the Larsen C ice shelf broke off the continent.

“The most volcanism that is going in the world at present is in regions that have only recently lost their glacier covering—after the end of the last ice age. These places include Iceland and Alaska,” added Dr. Bingham. “Theory suggests that this is occurring because, without ice sheets on top of them, there is a release of pressure on the regions’ volcanoes and they become more active.” 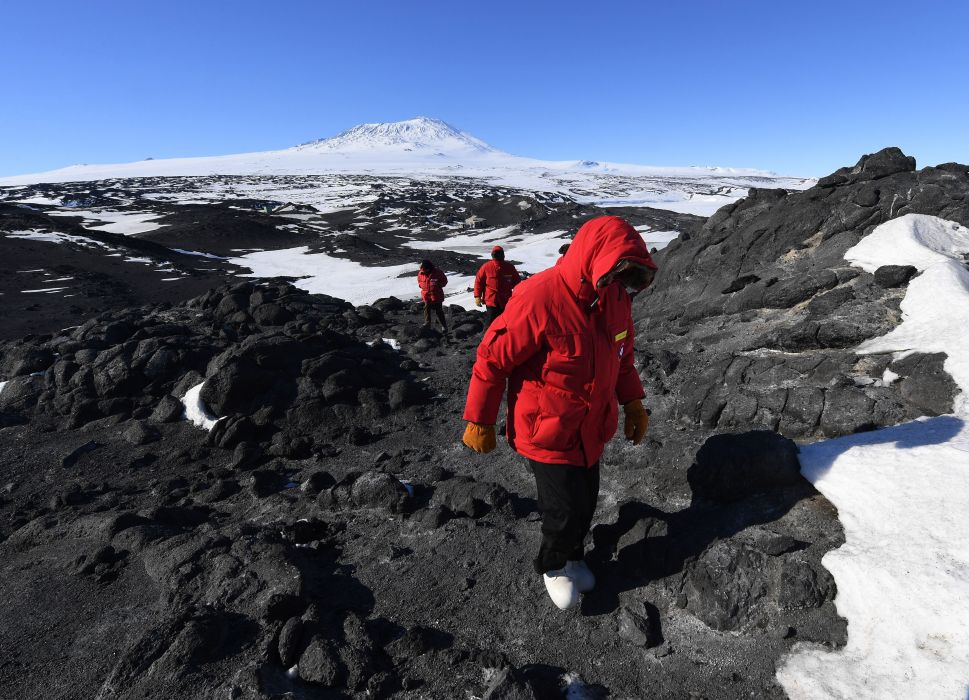