AMC’s The Walking Dead is television’s most popular show this side of Game of Thrones, but like a zombie, it could be rotting from the inside. On Monday, Walking Dead co-creator Robert Kirkman and series producers Gale Anne Hurd, Glen Mazzara and David Alpert followed show co-creator Frank Darabont in filing a potentially massive and debilitating lawsuit against the network under accusations of a profit scam, according to THR.

Darabont was fired as showrunner in the middle of season two and filed an earlier $280 million accounting lawsuit, THR also reports. This new lawsuit is particularly damaging as well as it involves Kirkman, whose source material the show is based upon, and current producers Hurd and Alpert. As The Walking Dead is the AMC’s biggest show by far, this lawsuit could have damaging effects on the networking going forward.

“This case arises from a major entertainment conglomerate’s failure to honor its contractual obligations to the creative people — the ‘talent,’ in industry jargon — behind the wildly successful, and hugely profitable, long-running television series The Walking Dead. The defendant AMC Entities exploited their vertically integrated corporate structure to combine both the production and the exhibition of TWD, which allowed AMC to keep the lion’s share of the series’ enormous profits for itself and not share it with the Plaintiffs, as required by their contracts.”

The lawsuit claims are “breach of contract, tortuous interference and unfair or fraudulent business acts under California business code,” per the outlet.

Similar to Darabont’s separate lawsuit, Kirkman, Mazzara, Hurd and Alpert are not convinced of the authenticity of the amount “paid” by AMC Network to AMC’s studio brand for the right to air the show. Due to the connection between the two companies, the Walking Dead‘s profit participation statement fees are being questioned. According to THR, the first four seasons of The Walking Dead saw an imputed license fee of $1.45 million per episode, which has risen to $2.4 million. However, these numbers are still less than the non-imputed license fees of Better Call Saul and Mad Men, which are produced by non-affiliated studios and never reach anywhere near the same ratings as The Walking Dead.

“There can be no question that, if AMC Studio[s] and AMC Network were not part of the same conglomerate, the story would be very different,” reads the complaint. “…Those substantial license fees for Mad Men and Breaking Bad continued in seasons five and beyond, even though their ratings were a fraction of TWD’s. And while the AMC Network only obtained a limited number of playdates for those series as part of the comparatively-higher license fees it paid for them (both on television and its affiliated websites), the AMC Entities unilaterally took for themselves the right to run an unlimited number of runs of TWD in perpetuity on all AMC platforms.”

Based on damages computed by Darabont’s lawyers, AMC could be looking at a potential $1 billion bill. Despite that, an AMC spokesperson played it cool in comments to THR in response to the most recent lawsuit.

“These kinds of lawsuits are fairly common in entertainment and they all have one thing in common — they follow success. Virtually every studio that has had a successful show has been the target of litigation like this, and The Walking Dead has been the No. 1 show on television for five years in a row, so this is no surprise. We have enormous respect and appreciation for these plaintiffs, and we will continue to work with them as partners, even as we vigorously defend against this baseless and predictably opportunistic lawsuit.” 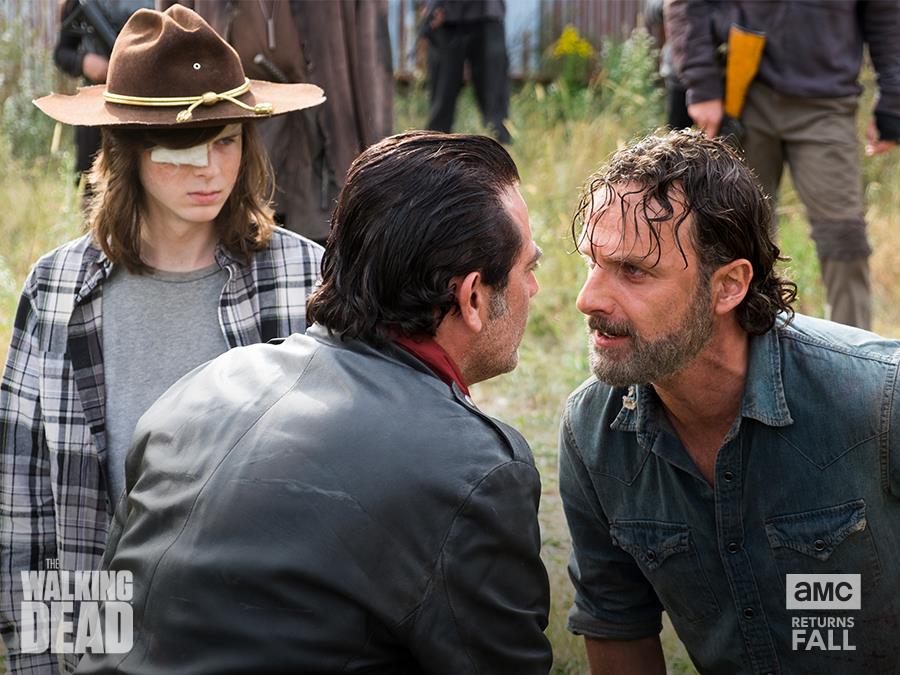