Political debates over U.S. infrastructure spending are painfully incomplete. The discussion focuses almost exclusively on how much money should be spent, ignoring important questions about what projects are most needed and where those projects should be placed.

In the U.S., two-thirds of the population lives in urbanized areas that take up less than 3 percent of the nation’s land. Paradoxically, the majority of the explosive growth in urban populations during the 20th century came in the suburbs, leading to urban sprawl and unprecedented levels of race and income-based segregation.

While new homes, schools and roads are consistently placed in the suburbs, the central urban locations that we’d expect to drive the regional economy are sadly ignored. The damage associated with this underinvestment in urban infrastructure often surfaces in times of crisis such as natural disasters, when the inadequacy of city infrastructure is placed on display.

As experts in urban planning and public finance, we think U.S. cities should support infrastructure in the neighborhoods that need it most. Local revenue-raising programs that require developers to support the costs of urban infrastructure have the strongest potential to combat urban sprawl and promote investment in core urban areas.

Impact fees are one-time charges assessed on new real estate development. They reflect the cost of expanding public facilities to meet the development’s new demands. For example, municipal revenue from fees might be spent on new schools to alleviate student overcrowding problems or new parks that serve the new residents.

Most states have legislation that enables impact fees. The fees are common in many rapidly growing areas, particularly in the southern and western U.S.

Most impact fee programs assess all new development according to the average cost of facilities that will serve it, regardless of the actual location of the new development. However, this approach is flawed. For example, we know centrally located residents have much shorter commute times than those who live further from the city center. By definition, the high-cost area for the cities’ transportation needs is the fringe property.

Under the everyone-pays-average-cost system, centrally located urban areas will tend to pay more than their proportionate share of new infrastructure costs. This extra burden discourages the exact type of development that mitigates urban sprawl. By contrast, more remote high-cost areas receive an implicit subsidy and pay less than their total costs. Even though they need extensive infrastructure investments, they pay only average costs.

At the margin, this reduces development in low-cost areas, but subsidizes development in high-cost areas. In urban jurisdictions, impact fees can distort the distribution of new development to be inefficient. New infrastructure goes to places where it’s less valuable than it might be elsewhere.

In 2005, Albuquerque, New Mexico became one of the first cities in the U.S. to embrace a fully location-based impact fee system. The program had been discussed and developed by this team and local officials over the preceding years. After fighting sprawl for decades in ways that the city government deemed ineffective, they were willing to be creative and follow the advice of a leading team of urban planners.

After decades of seeing increased urban sprawl in the absence of any development impact fee programs, Albuquerque designed a new system that charged little or no impact fees to new development in central locations where public infrastructure already existed. Meanwhile, it charged relatively high impact fees in areas where new facilities were needed to mitigate the impact of new development. That meant that central core locations were charged far less than suburban fringe locations.

Our research team has studied the impact of this program on urban residential development and infrastructure in the city over the years leading up to and following the program’s implementation.

Our study looked at 21 years of construction data from before and after their program was implemented. We found that accurately priced fees significantly curtailed development on the fringe of the city while preserving investments in central locations. Meanwhile, urban sprawl got worse in neighboring areas outside Albuquerque.

While local governments understand their own infrastructure needs best, the federal government should encourage the adoption of location-sensitive development impact fee programs. One way to do this might be creating matching grants focused on infrastructure renovations in core urban areas.

If successful, this could have positive long-term impacts that would help combat urban sprawl and revitalize core urban centers. For example, expansion and improvement of core public transit services could potentially carry large economic gains and reduce traffic congestion.

In a nation rapidly becoming more urbanized, but also one that hopefully recognizes the damaging effects of urban sprawl on carbon consumption and the quality of our environment, our policies should reflect priorities to reduce sprawl. 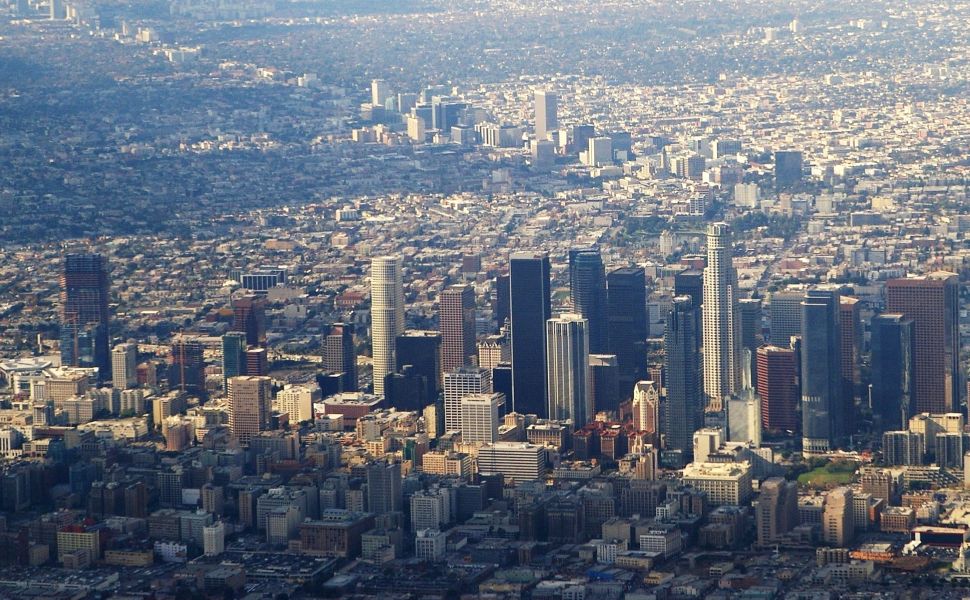