A year has now passed since seven silk-screen prints by Andy Warhol were stolen from Missouri’s Springfield Art Museum. The familiar soup cans, taken from a set of 10, are estimated to be worth $500,000. Perhaps no closer to a recovery, the Federal Bureau of Investigation is seeking the public’s help by offering a $25,000 reward for any information that leads to a recovery.

In terms of criminal activity involving art, the theft of work by Andy Warhol has become an epidemic. In fact, since 2008 alone, more than 40 pieces by the iconic pop artist have been taken by thieves around the world. 2015 was an especially bad year: nine pieces were stolen from a Los Angeles movie business and replaced with copies; two were stolen, along with an Otto Piene work, from the trunk of an art gallery owner’s car in Germany as she readied them for transit; and two more, a Campbell’s Soup can and an image of Marilyn Monroe, were stolen from the Andy Warhol Museum of Art in Medzilaborce, Slovakia, which is just 10 miles from the birthplace of the artist’s mother, Julia Warhola.

The most daring of the heists took place in 2010 when thieves tunneled into the New York City home of a private collector and stole eight signed Warhols, from his Camouflage series, which were created in 1986, just a year before his death. The most galling: the 2009 theft of ten silk-screen sports figures from the home of the artist’s friend, Richard Weisman, who authored a book on pop art. The thieves also made off with a portrait Warhol painted of the collector.

As if that wasn’t bad enough, the FBI’s National Stolen Art File lists a staggering total of 91 stolen Warhols, ranging from the aforementioned athletes to a series of cats drawn by the artist. (Strangely, Interpol lists only three, which speaks to the need for better worldwide coordination of stolen art databases).

This rash of thefts comes as no surprise to Mary Bartow, the head of Sotheby’s Prints Department, who has more than three decades of experience working with pop art. Bartow reports that the market for such prints has been “very strong over the past decade for pop art in general, with Warhol leading the pack.”

Los Angeles Police art theft specialist Detective Don Hrycyck explains the reason the pop artist has become such a target. “Warhol [has] great name recognition and sells for a lot of money,” he says. “Even street thugs are familiar with the name and would choose to steal a Warhol if the opportunity arose.”

Hrycyck is in a unique position to know. California has seen more than its fair share of Andy Warhol heists. The LAPD’s art theft website lists 36 stolen prints, with an impressive 19 of them recovered, thanks in large measure to his work. Speaking of the cases he’s investigated, he said, “Most of my art thefts are opportunistic rather than targeted thefts. If there’s a higher percentage of Warhols being stolen, it is because there are large numbers available to steal.”

Bartow has also seen an uptick in another sort of art crime. “We hear more about fakes than stolen pieces,” she says, noting that when the value of the artist rapidly rises, thefts and forgeries follow suit. Warhol’s market has been flooded with both.

In short, the motive for these crimes is not new: anything that is widely regarded as highly valuable is, by its very nature, attractive to criminals. And when the opportunity arises to act, they often do. Bartow points out, for instance, that because Warhol’s works are prints, the rapidly improving quality of giclées has provided criminals with the ability to produce fakes that are discernible to experts like her, but not something the typical buyer would be able to identify.

Given this rampant amount of illegal activity surrounding Warhols, I couldn’t help but wonder why the FBI decided to offer a reward in the Springfield case, with so many others also unrecovered. After all, while the pieces taken are important to the museum, they aren’t exactly rare, having come from a series of 250 such prints. I reached out to the FBI in Kansas City for answers, but the only thing a spokesperson could say was that “a reward is a tool that we can use in an investigation, and it’s just one of the tools and resources at our disposal.”

Regardless of the rationale, it will be interesting to see if the FBI’s reward provides an impetus for leads, if not a return. And a public appeal such as this cannot possibly hurt the investigation. As Bartow rightly put it, “public awareness is the key to putting a stop to these things.” 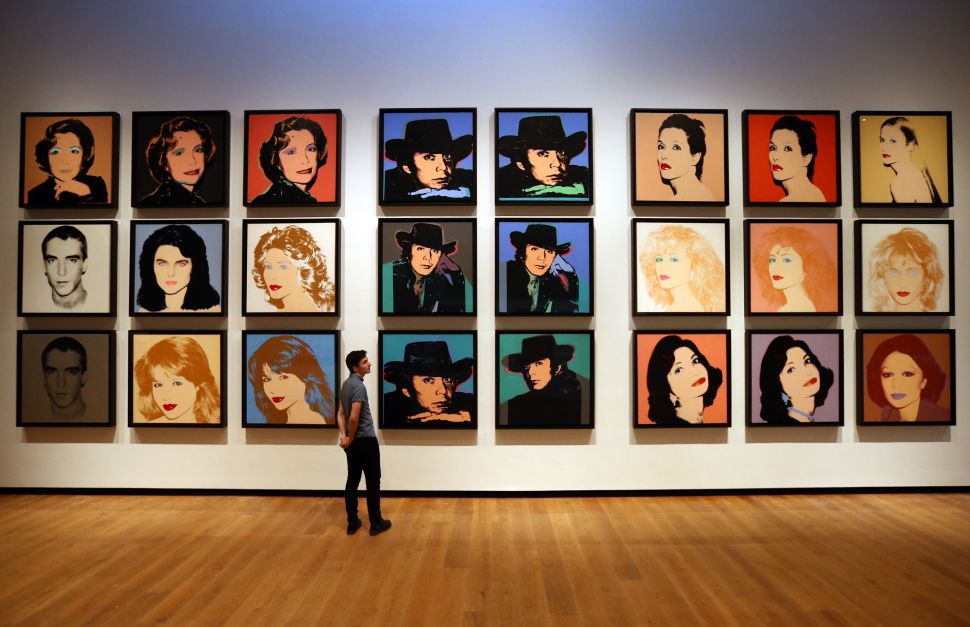