Veteran ad department salesman David DeJesus, who brought in more than one billion dollars in advertising revenue over nearly 20 years before he was abruptly fired by a shrieking and cursing boss, brought the lawsuit against his former employer.

The settlement was inked early last month. Lawsuits settled on the eve of trials, as this one was, usually (but not always) involve the plaintiff receiving good money, say employment lawyers.

Morris Fischer, a prominent Washington-area employment lawyer, explained that “when a company has gone that far in a case and settles on the eve of trial, in most cases, they have paid [a large settlement] because of two reasons. First, if the company believed it would win the trial, it would try the case. It’s already spent $100,000 or so to get to this point, why would it spend that kind of money not to win? Second, while most discrimination jury trials end up in defense verdicts, the employees who do win, generally win big.”

Washington Post communications director Kristine Coratti, herself accused in one lawsuit affidavit of deliberating forcing out an older black male employee, did not respond to an email asking how much the paper paid to settle the case.

In his July 2013 federal claim, DeJesus asserted that his firing in 2011, as well as that of at least 47 other older black employees around the same time, was to make way for younger, cheaper white staffers.

Undisputed affidavits filed by three black ex-Posties detailed rampant racial harassment, most notably by advertising vice-president Ethan Selzer, who signed off on the dismissal of DeJesus without the required progressive discipline, told one black female employee to clean the department kitchen and made racist jokes about another black subordinate’s husband.

The lawyer for DeJesus told the court that the advertising department was so racially poisonous an employee once wore a KKK belt buckle to work and was not disciplined. Washington Post lawyers offered no rebuttal during oral arguments before the United States Court of Appeals for the District of Columbia Circuit in September.

Nevertheless, Huffington Post honcho Sam Stein, Politico media reporter Hadas Gold and newsroom diversity enthusiast Ben Smith have all purposely ignored the lawsuit and its shocking revelations in the four years since it was filed. MSNBC hosts, including Rachel Maddow, even disregarded a personal plea from DeJesus for coverage.

Stein, who extensively covered a discrimination lawsuit against the right-leaning New York Post, recently hung up the call when asked, “How many black people does the Washington Post need to fire before you report it?” 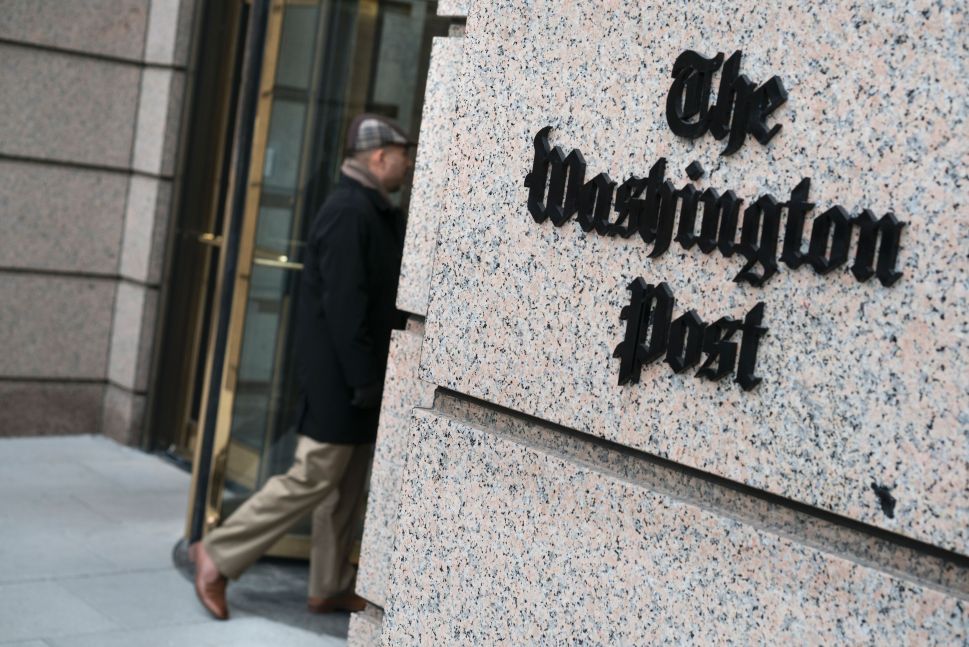