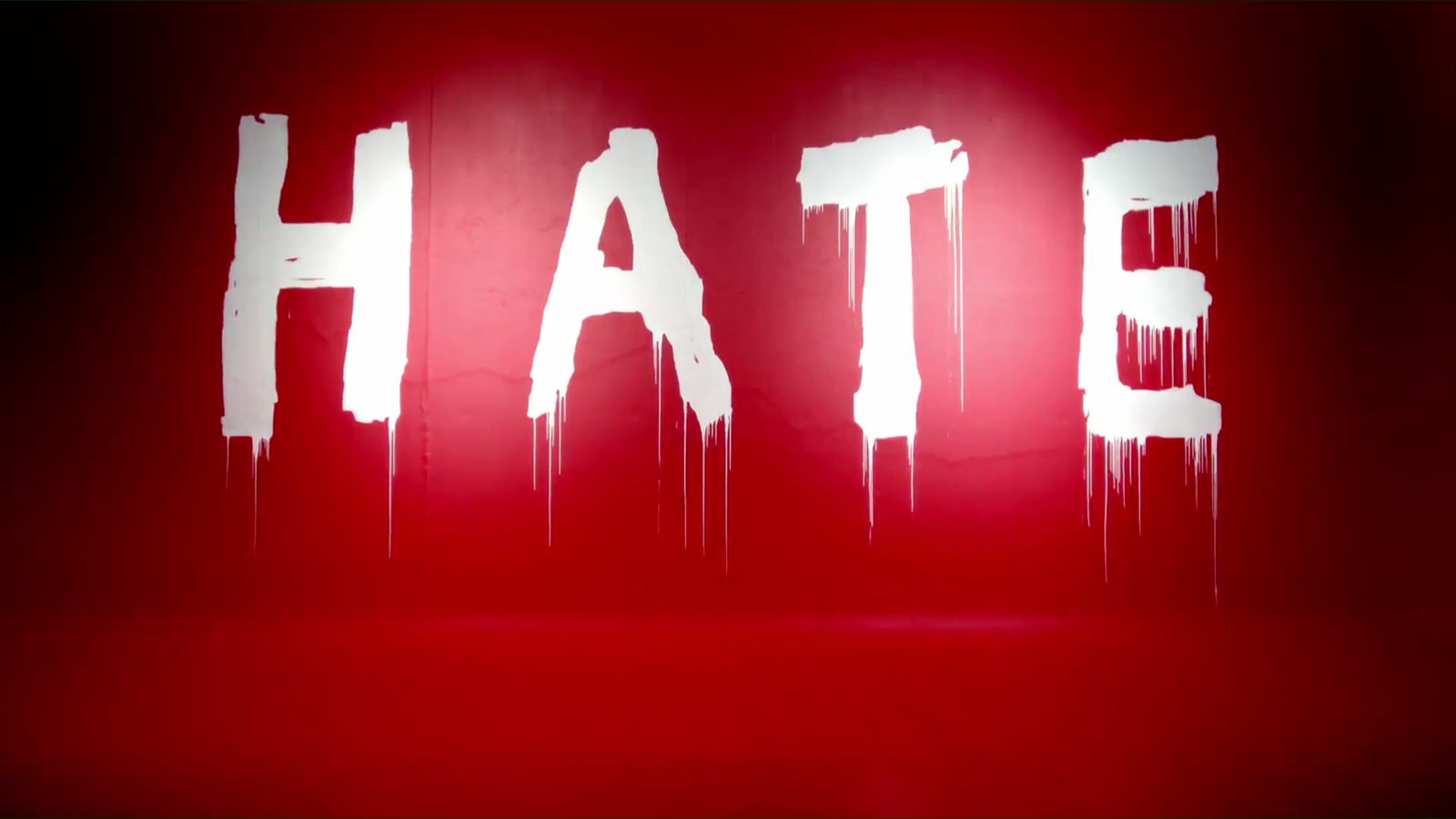 Online hate isn’t always as easy to spot as it might appear. kprints/Flickr

White supremacy is woven into the tapestry of American culture, online and off – in both physical monuments and online domain names. A band of tiki-torch-carrying white nationalists gathered first online, and then at the site of a Jim Crow-era Confederate monument in Charlottesville, Virginia.

Addressing white supremacy is going to take much more than toppling a handful of Robert E. Lee statues or shutting down a few white nationalist websites, as technology companies have started to do. We must wrestle with what freedom of speech really means, and what types of speech go too far, and what kinds of limitations on speech we can endorse.

The First Amendment right to free speech was never meant to protect the kind of hate-filled rhetoric that summoned the mass gathering in Charlottesville, during which anti-racist demonstrator Heather Heyer was killed. In 2003, the Supreme Court ruled, in Virginia v. Black, that “cross burning done with the intent to intimidate has a long and pernicious history as a signal of impending violence.” In other words, there’s no First Amendment protection because a burning cross is meant to intimidate, not start a dialogue. But what constitutes a burning cross in the digital era?

Stormfront, the epicenter of hate online

I’ve been researching white supremacists for more than 20 years, and that work has straddled either side of the digital revolution. In the 1990s, I explored their movement through printed newsletters culled from the Klanwatch archive at the Southern Poverty Law Center. As the web grew, my research shifted to the way these groups and their ideas moved onto the internet. My studies have included two white supremacist websites, one decommissioned and the other still active – Stormfront and martinlutherking.org. One is widely viewed as having run afoul of free speech protections; the other, at least as disturbing, has not yet been seen that way.

The Stormfront website, the online progenitor of (as its tagline touted) “white pride worldwide,” launched in 1995. Over more than two decades, Stormfront amassed more than 300,000 registered users and offered a haven for hate online. Since 2009, there have been nearly 100 homicides attributable to registered members of the site, prompting the Southern Poverty Law Center to call it “the murder capital of the internet.”

All that time it was largely ignored by the tech companies that effectively allowed it to exist, by selling server space and offering domain name registration.

In the wake of the violence in Charlottesville, that effort gained significant traction, ultimately chasing Stormfront off the internet. First, there was a move to boot The Daily Stormer, a different white supremacist site, offline. Then, Network Solutions responded to the Lawyers’ Committee’s requests and revoked Stormfront’s domain name. Without an active domain name, ordinary web users can’t access the site, even though the content still remains on Stormfront’s servers.

(The sites have not been completely silenced: Some of their content is accessible to people using the Tor Network, and some is being posted on the social networking site Gab, which supporters are then distributing on larger social media sites like Twitter and Facebook.)

With its decades-long trail of destruction, Stormfront is certainly a digital-era version of a cross burning. That makes it a soft target for fighting white supremacy online: Of course we should hold its hosting companies accountable and demand that its advocacy of white supremacist terror and violence be taken offline.

But more foreboding in some ways, and more difficult to address, are what are called “cloaked sites,” those that conceal their authorship to disguise a political agenda – a precursor to today’s “fake news” sites.

At first glance, the martinlutherking.org website appears to be a clumsy tribute to the civil rights leadership of Rev. Dr. Martin Luther King Jr. “It looks, you know, just like an individual created it,” said one of the young people I interviewed about their impressions of the site. Only at the very bottom of the page – where most people would never see it – does the page reveal its true source: “Hosted by Stormfront.”

Don Black, an ideologically committed white supremacist, launched this cloaked site in 1999, a few years after he started Stormfront, and it has been online continuously since then. As of August 30, the site remains online.

The site’s invitation to “Join the MLK Discussion Forum” might seem innocuous, but the discussion is not only about King himself or racial justice in America. The topics in the forum read like excerpts from the FBI’s efforts to defame King, alleging communism, plagiarism and sexual infidelity. The site is an attempt to undermine hard-won legal, political, social and moral victories of the civil rights era.

The harm of white supremacy

The fact that Stormfront is offline but martinlutherking.org isn’t suggests that we aren’t very sophisticated yet in our thinking about what kinds of risks white supremacy poses. While Stormfront is an obvious, overt threat to people’s lives, the cloaked site is a more subtle and insidious threat to the underlying moral argument for civil rights. Both are dangers to democracy.

White supremacy is corrosive. Bryan Stevenson, a legal scholar, activist and a leading critic of our failure to address racism in the U.S., says “the era of slavery created a lasting ideology of white supremacy; a doctrine of ‘otherness’ got assigned to people of color with dreadful consequences. That narrative has never seriously been confronted.”

What is at stake in both the fight over monuments and domain names is the same: our collective decision to perpetuate – or undo – the system of ideas that claims those in the category “white” are more deserving than everyone else of citizenship, voting, jobs, health, safety, of life itself.

If Americans are serious about wanting to dismantle white supremacy (and this remains an open question), then we are going to have to learn to see burning crosses in our midst, and seriously confront how this destructive set of ideas is part of the fabric of our culture. But if we want a society that respects human rights and rejects white supremacy, we can begin, in my view, by refusing to grant platforms for harmful ideas, on white nationalist websites and in monuments to the Confederacy.

Jessie Daniels is a Professor at City University of New York. This article was originally published on The Conversation. Read the original article. 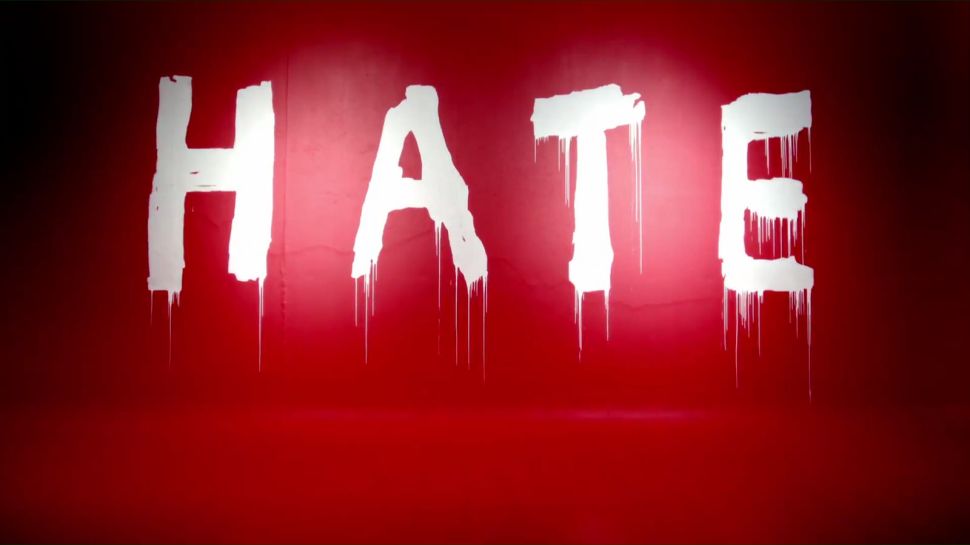