Have you always wanted to imbibe like a royal? Of course, you could channel your inner Marie Antoinette and surround yourself with bon bons and petit four, or you could listen to Lorde. But if you want to emulate a more modern royal, let the Queen of England inspire you to knock back a few cocktails during lunch.

Queen Elizabeth II is known for her interesting dining choices, including banning garlic from Buckingham Palace. She also begins and ends almost every meal with a cocktail, bringing her grand total of alcoholic beverages to four a day, according to Business Insider. The publication counted up her cocktails, and found she enjoys many varieties of liquor, much like a college student—only far more elegant than sucking down Long Island Iced Teas.

The 91-year-old begins her day with a gin and Dubonnet, a sweet, wine-based aperitif, to pregame lunch, topping it with a slice of lemon and loading it with lots of ice. This news comes courtesy of a former royal chef, who also revealed that her lunchtime cocktail of choice is a glass of wine (unclear what kind, but it’s more than likely not Franzia), which she pairs with a piece of chocolate. And, if she’s feeling particularly frisky, she’ll have a dry gin martini with her lunch, according to her cousin Margaret Rhodes.

According to reports, she takes a break from indulging during her afternoon tea session (although perhaps she spikes her tea). And because she is, after all, the Queen, her days end with a glass of champagne. Hopefully she opts for Andre. 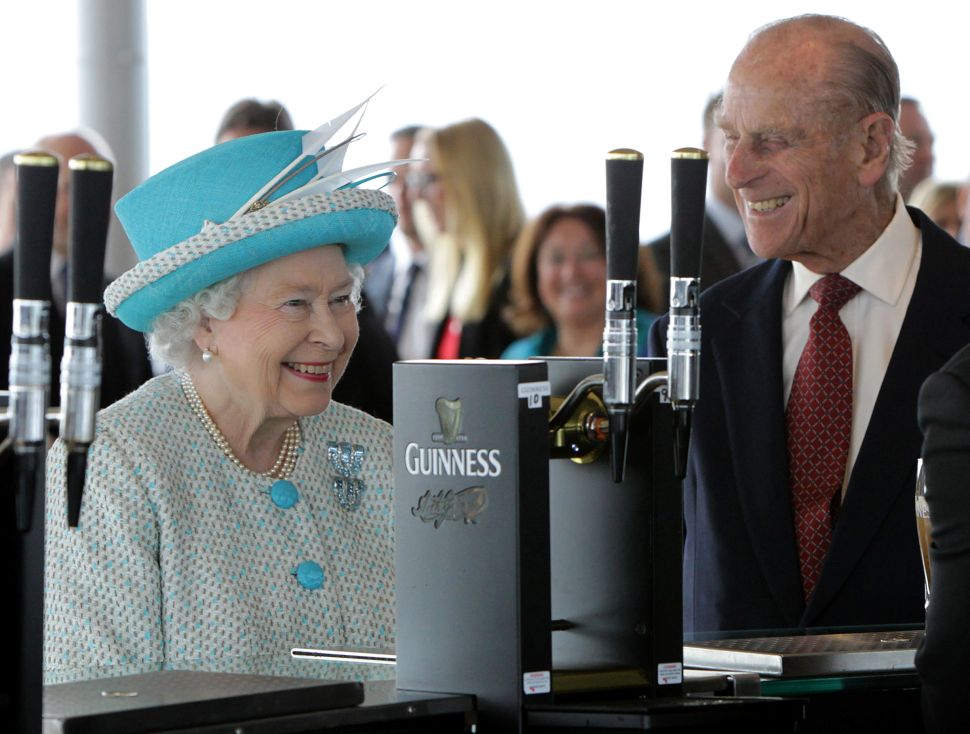