This article originally appeared on Quora: What will all top 10 oil companies do in 60 years?

In 60 years all the oil companies will be merrily drilling and pumping away. (In fact, thousands of oil wells producing today will still be going.) However, oil companies may be smaller, and will be extracting almost exclusively unconventional oil, such as tar sands and oil shale. This requires more equipment, more technology, and more cost, but is perfectly viable in the foreseeable long term.

There are two angles to consider here: supply and demand. On the supply side, we are running out of “easy” oil — conventional oilfields — but there’s probably enough of the difficult/expensive/nasty stuff to last over a hundred years on current consumption forecasts. (Admittedly, forecasts vary wildly.) Oil companies constantly pursue new technology and new sources of profit, but my subjective impression as an industry insider is that the vast majority of R&D spending is focused on unconventional oil, not replacing oil. In particular, making shale gas/oil more economical has been a huge focus for nearly a decade now. We do a fair amount of work in geothermal drilling and drilling, but it’s a minuscule portion of the revenue stream.

Fundamental economics support sticking to oil & gas until the bitter end as supplies decline. The key point is that because oil is an essential commodity with very limited substitutes, the market price of oil will continue rising until it’s high enough to to justify bringing more expensive production on line. The less oil is left, the more money there will be in sucking out every drop. Scarcity increases profits and encourages companies to expand, not contract. We saw this clearly in the 2003–2014 period where global economic growth and geopolitical turmoil kept supplies fairly tight, and the oil prices roughly tripled. Deepwater oil — one of the most high-tech and difficult sources to tap — was a huge growth market at that time. Now, global oversupply has driven down prices and deepwater is uneconomical with oil under $40-50/bbl. The last figure I heard for Canadian tar sands break-even was $40–70/bbl. At the moment, these resources are struggling to get investment dollars and that’s holding supply down. But if/when oil prices rise up over $100/bbl again, many marginal fields will come into play. Every major price rise opens up additional resources.

In addition to making these new sources economical, high prices justify going into existing half-depleted wells and stimulating them to eke out more oil. The average oil well from the 1990’s may have only been produced to 10% depletion. (It varies wildly.) The technically-recoverable figure varies from field to field but is generally around 20-50%. So a single well may be able to economically produce twice as much oil at $100/bbl prices than at 1990’s prices or 2017 prices. If we see the price of oil go back up due to scarcity or geopolitical turmoil, you should expect to see a lot of re-opening “depleted” fields to install advanced recovery equipment.

Supply is not going to be a problem. Demand is less certain.

High prices cause demand destruction as power generation shifts to renewables and transportation changes to other energy storage mediums. Climate change concerns are also causing significant regulatory action in the developed world to promote plug-in electric cars, such as new plans in the UK and France to ban new gasoline/diesel vehicle sales in certain regions in 2040. But these forces are slow, because the world’s economy and infrastructure is invested in fossil fuels to a truly staggering level that non-experts simply cannot wrap their heads around. This means oil has enormous inertia. Perhaps more importantly, the aspects that made oil the fuel of choice for the last hundred plus years are still around — it is a fantastic way of both producing and transporting energy. Particularly at <$50/bbl oil and ~$3/mmbtu natural gas prices, fossil fuels are economically superior for most major applications. Despite increasing use of renewables, global oil demand has been rising each year by 1.5 million barrels per day (up a remarkable 9% in the last five years) and no credible projections show this trend changing in the immediate future. As the developing world gets richer, they will buy cars and air conditioners faster than the developed world can cut back on energy use.

That trend won’t last forever, but it also won’t change fast. Between long-term regulatory action timelines and gradual organic demand destruction, what we should expect to see is an eventual plateau and gradual tapering-off of oil consumption over time, rather than a sharp decline.

Expert opinions vary, but current predictions place “peak gas/diesel” in the late 2020s to mid 2030s. Then a long, slow decline starts as older vehicles are gradually taken out of service. There will be plenty of time for oil companies to update their business models over the many decades it will take for this slow decline to play out.

The long game, far, far down the road, is that we either stop using liquid transport fuels or we synthesize liquid transport fuels from other energy sources such as renewables. Personally, I expect that either CNG (compressed natural gas) or GTL (gas to liquid) technology will play an increasingly important role in providing transport fuels. This requires much less infrastructure spending than an all-out switch to electric vehicles, and achieves much of the same environmental benefit.

Natural gas is dirt-cheap right now and supplies seem to be much larger than oil reserves, so it makes a lot of sense to run cars on natural gas in the future. This could mean cars running directly on CNG with a new fueling infrastructure, or it could mean we chemically react natural gas to produce high-quality liquid blendstocks. For example, high-tech US refineries are increasingly converting ethane (a heavy component of natural gas that is typically used for petrochemicals) into gasoline blendstocks. Those high-quality liquids can supplement conventional gasoline sources or be used to dilute or upgrade the heavy, bituminous oil coming from unconventional oil sources like tar sands. The net result of GTL technology is that we get to use natural gas with our existing gasoline/diesel infrastructure. This will be a major focus if/when oil prices start to rise again.

Another possibility is coal-to-liquid processes. These are not currently economical but become favorable at a certain price point, perhaps around $200/bbl. Germany did this during WWII to supplement its oil supply. It’s proven technology but is dirty and expensive. The growth of shale oil has made this appear less likely in any timeframe we’re worried about. It might become favorable in a hundred years for applications still requiring fossil fuels, such as lubricants, petrochemicals, and air travel.

Electric cars are theoretically viable and could eliminate the majority of oil consumption, but this requires a significant improvement in battery technology/economics and 10,000x expansion of charging infrastructure to be fully viable as a global replacement. Tesla and others have recently made great strides in making this a reality. The underlying automotive technology is credible… but costs are still far too high for the developing world. It remains to be seen how successful the early scale-up efforts (such as the Gigafactory) will be at decreasing costs further. We’re already pushing the fundamental physical limits of chemistry-based battery energy density, so we may or may not ever see battery-based electric cars cheap enough to fully replace liquid-fuel cars (without heavy regulatory intervention), or see electric trucks with enough range and capacity to fully replace diesel.

As battery-electric vehicles go mainstream, it’s not hard to imagine oil companies utilizing their massive supply chains and gas station real-estate to get into the battery-charging business. Oil companies are already expressing some interest in this. The electricity will be supplied in large part by natural gas, which is a perfect complement to solar and wind power. The main unresolved challenge at this point is charging time — the current “gas and go” refueling model is not compatible with 45 minute recharges. Significantly more real estate is tied up per customer with electric charging. New pricing models will need to be developed if the corner gas station is to survive.

Many uses of oil and gas will never go away. Replacing petrochemicals and lubricants with biologically-derived equivalents takes too much farmland and chemical processing effort to be worthwhile. These fossil fuel uses have minimal environmental impact so there is little reason to stop. I expect there will be continued low-level oil and gas extraction for hundreds of years to meet these needs, if nothing else.

Speculation aside, investing R&D money today to stave off a probable decline 50-100 years from now is not rational from the viewpoint of accountants nor shareholders. 60 years is beyond the time horizon of any executive but the dynasty-building family business type. It’s unlikely any technology currently in the pipeline will turn out to be the new core business that far down the road. Some or all of the oil companies may not survive the coming transitions, but no one who works in the industry today will be around to see it.

I think the telephone industry is a good example. It’s still doing more or less the same thing it was 60 years ago, plus a ton of stuff no one could have possibly predicted. The best you can do for a 60 year prediction is dust off the ol’ crystal ball and make something up.

Ryan Carlyle works in the oil industry as an engineer for deepwater well control equipment. 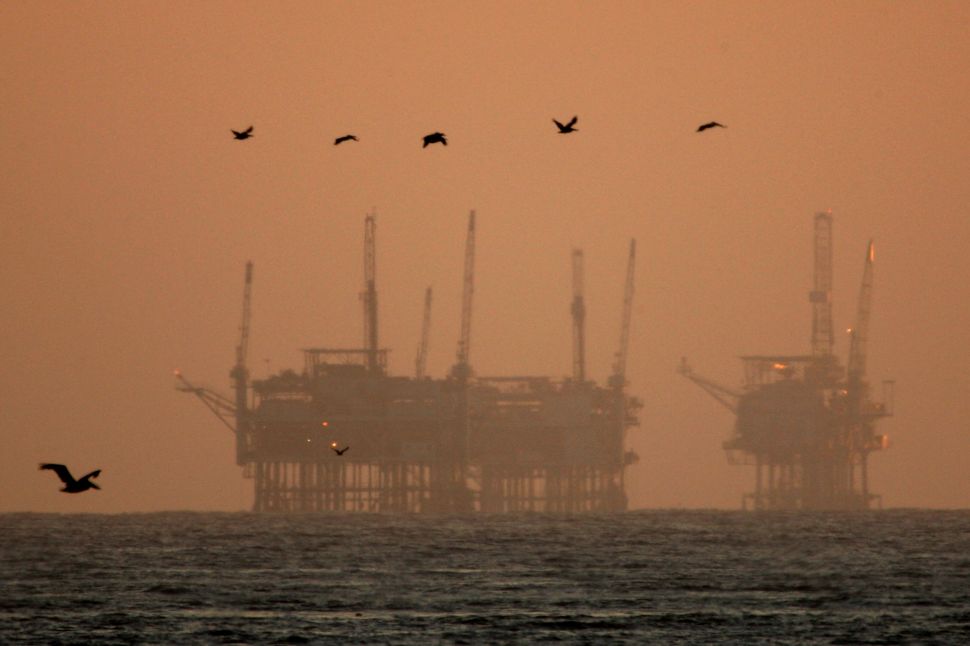