Blink. About 300 milliseconds just passed, the same time required for a lightning bolt to travel 100,000 feet, a satellite to fly two miles or a stock price to swing from US$10 to $0.0001 and back.

Indeed, that actually happened to the shares of the software company Qualys a few years ago. Similar mini-flash crashes involving substantial, instantaneous price moves take place about 12 times a day.

Remember the flash crash back in 2010, when hundreds of stocks temporarily went bonkers and the Dow Jones Industrial Average dove 1,000 points in a few minutes? Mini-flash crashes are the same thing yet on a smaller scale, with perhaps only one company’s shares going haywire for a fraction of a second.

But they’re just as consequential, both for the individual stock and in the aggregate. Such bizarre events seem to contradict our basic beliefs about the fairness of values, the sophistication of modern markets and the oft-cited wisdom of the crowd. What’s going on?

To find out, we developed a mathematical model to explore how all of these ideas fit together. We initially presumed that as long as there were lots of sharp investors with broad-ranging market views, mini-flash crashes would be fairly uncommon.

Surprisingly, we observed a “too many cooks spoil the broth”-type effect instead. Even the wisest crowd, if it’s large enough, can rapidly devolve into a mad herd and bring on these wild events.

Mini-flash crashes in a nutshell

Over 20,000 mini-flash crashes have been recorded since 2006, the year they really took off. Some were bigger than others, but many were pretty severe.

They’re momentary, but if you get caught in one, you might incur substantial trading losses, reputational damage, fines and legal woes.

More broadly, they may erode investors’ trust in markets, violate Nobel Prize-winning theories and even escalate into full-blown flash crashes like the big one from 2010. In fact, that infamous flash crash began as a disruption in a single instrument, the E-Mini S&P 500 futures contract.

Regulators agree and have installed measures in hopes of managing them. One rule wipes out trades that are obviously wrong (probably no one means to sell stock for hundredths of a penny). Another rule acts like a circuit breaker in your home, temporarily freezing markets when prices overheat.

Traders pitch in as well. For example, have you ever heard of a fat finger error? Maybe you wanted to sell one share at $100 but accidentally unloaded 100 shares at $1 because of a mistaken keystroke or two. Bang, the stock plunges 99 percent instantly. Financial firms maintain internal checks such as operational risk controls to avoid such havoc.

Yet, despite all this, mini-flash crashes keep happening, and some worry the problem is getting worse.

An army of simulated investors

To understand why the mini-flash crash problem just won’t go away, we designed a model that takes all we know about investing and subjected it to mathematical analysis and computer simulations so we could observe whether a group of traders armed with various strategies could steer clear of mini-flash crashes.

For instance, in developing our model, we wanted to ensure that our “investors” devised their strategies as if they were actually human. In addition to classic questions like “Where are prices going?,” today’s traders ponder much more sophisticated issues before buying or selling. They might ask, “How confident am I in this answer? How often should I check back to make sure it’s still right? Am I worried about betting the bank? Could my trades themselves impact the future and change whether I’m ultimately right?”

We plugged these considerations into mathematical formulas. Each of our investors was assigned specific parameters (like the models Wall Street traders use), which served as guides for how and when they would trade given various market conditions.

In other words, we tried to make our simulated investors as complicated as real ones, with a healthy mix of characteristics.

Here’s what we found.

Our investors initially operated a calm and stable market, free of crashes. The supposed wisdom of the crowd prevailed, as long as certain conditions held true:

But in a fast-moving market, these conditions didn’t always persevere. Even though investors were continually revising their views, they weren’t doing so fast enough to avoid being caught up in a herd mentality and selling off a stock along with everyone else in response to a lone investor’s opinion.

Say some investor got spooked and started selling. This drove prices down a little, which may have worried a few others. They started selling too, causing prices to drop even further. Pretty soon, the whole market was unloading, and prices hit rock bottom.

If our investors weren’t sure about their views, this all happened much faster. They’d change their beliefs on a dime. We saw the same thing when they weren’t afraid of taking risks or didn’t step back enough to reassess their strategies.

What was most surprising for us, as previous believers in the strength of wise crowds, was that increased population size alone could be destabilizing. In fact, the number of investors active in our simulations was one of the greatest determinants of whether a mini-flash crash would ensue.

Our research suggests it may be impossible to completely stop mini-flash crashes, as recent high-profile plunges in the prices of gold and silver demonstrate. Many market observers claim that such instantaneous tumbles are the “new normal.”

Perhaps it’s not so startling. After all, back in 1841, Scottish journalist Charles Mackay had already brought the recurring nature of bubbles and crashes to the public’s attention in “Memoirs of Extraordinary Popular Delusions and the Madness of Crowds.” To some extent, it’s no wonder that they should be frequent and rapid these days, given the speed of today’s markets.

That tulip trading persisted late into the night at Dutch taverns (after many rounds) has been cited as a potential cause of “Tulipmania,” an event in the 1600s where a single bulb is rumored to have cost as much as 50 live pigs. While we’re a long way from such things, the line between a wise crowd offering stability and a mad one creating chaos is clearly as thin as ever. 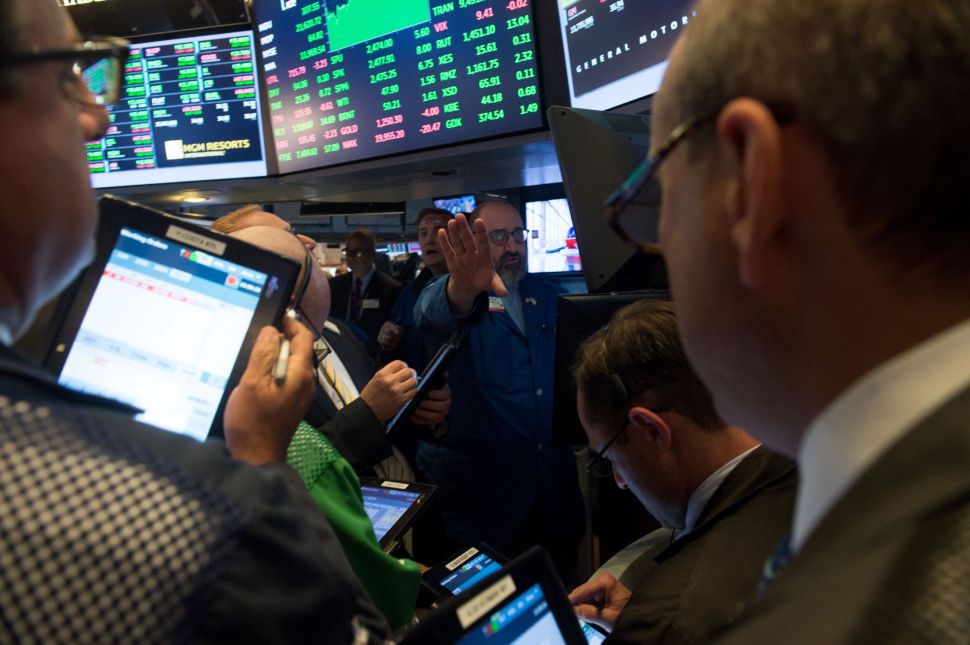