An exciting feature-film debut by writer-director Taylor Sheridan, whose hugely original screenplay for Hell or High was nominated for an Oscar last year, Wind River more than lives up to the promise of a gifted filmmaker who is fast becoming a rising star to closely watch. It’s one terrific, offbeat and heart-pounding thriller set in the frozen wilderness of a Wyoming Indian reservation that never ceases to surprise, enthrall and pump the adrenaline with an energy that stuns.

Sheridan wastes no time starting off with a bang as Fish and Wildlife agent Cory Lambert (Jeremy Renner, more rugged than usual and a far cry from the youthful sensitivity he showed when he first appeared on the scene as Jeffrey Dahmer) tracks and blasts a pack of wolves preying on local livestock in a scene that will mortify animal lovers who think wolves are as friendly as German shepherds. Minutes later, he finds the body of a native American teenager half-frozen in the bloody snow. It’s clearly more than the work of wolves with a hardy appetite. Suspecting a homicide beyond his jurisdiction, Cory calls for outside assistance and the FBI sends pretty but tough rookie agent Jane Banner (Elizabeth Olsen) to investigate. The elaborate puzzle that unfolds in a realistic pattern of intricately plotted mystery is tracked on snowmobiles and punctuated by so much violence and danger that before the crime is solved nobody is safe, least of all the stars.

Sheridan has a rare talent for writing deceptively understated but fully developed characters rooted in reality. And he has a marvelous way of moving actors into and out of every scene with minimal blocking and maximum motivation that takes its time to play out. His work method is to yell “Action!” and then let the actors lead him in the direction of where they feel the action should occur. You get the feeling you are discovering each hidden corner of a dark room before they can reach for a flashlight. In Wind River, every player, large or small, displays maximum sensitivity to the needs of each scene. Renner and Olsen have never been better, and veteran native American actor Gil Birmingham is especially moving as the father whose stoicism silently erodes when, after learning his daughter has been raped and murdered, asks for the courtesy “to sit here and miss her for a minute.”  It’s a quiet moment of profound power and grace that separates Wind River from other predictable Hollywood epics in the great outdoors.

This doesn’t mean it’s a perfect movie. Sheridan doesn’t always make it easy on the viewer. Pieces of the puzzle are difficult to connect, and there’s a rampaging flashback of the brutal gang rape of the dead girl by a crew of oil riggers that is too graphic for even seasoned viewers to swallow without a belt of brandy. But location shooting in Utah enhances the ravaged majestic beauty of the frontier, and no director has captured the loneliness of man versus nature in the American wilderness with this much anxiety and fear since William Wellman’s Across the Wide Missouri. With this remarkable and unconventional film, Sheridan paints a touching picture of both the disgraceful, dismissive way America has treated native Americans in the halls of justice, and the silent American wasteland where the reigning evil is man, luck is all there is in the hope for survival, and sometimes even luck doesn’t stand a chance. 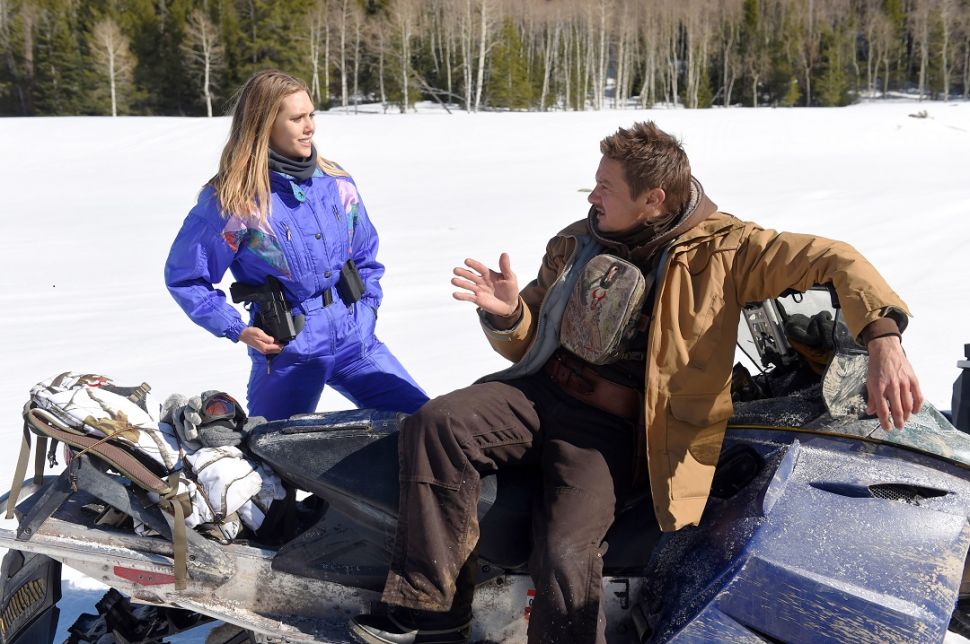