I take my morning coffee with a half teaspoonful of sweetened condensed milk, a habit I picked up after trying the concoction out of curiosity. My curiosity had been sparked by Dana Stabenow’s Alaskan bush murder mystery, A Fatal Thaw, wherein it’s revealed that the series heroine takes her coffee that way because there’s no way to get fresh milk in winter when one lives in the Alaskan wilderness. That little detail caught hold of my imagination, because it’s such a tiny, precise workaround for what to do if one doesn’t have regular access to a foodstuff that people in other regions can simply pop down to the bodega to get. And what better American landscape to illustrate sui generis dietary habits than America’s last frontier?

Those habits are changing. Thanks to a one-two punch of climate change and Amazon Prime, Alaskans now have wider food options. Alaska is warming twice as fast as the rest of the U.S., with winters 6 degrees warmer than they were in the 1950s, and what that means is that crops once thought unimaginable in Alaska (apples, for example) are now thriving. Alaskans are aware that 95 percent of their food is imported, and with former dietary staples like salmon runs, season berry crops and caribou migrations affected by climate change, they’re facing threats to food security on several fronts.

Alaskan farming faces some unique challenges: commercial-scale farming hasn’t worked in a state where transportation costs are very high and there’s a lack of infrastructure for moving fresh produce or animals around the state. But small farmers are teaming up with Safeway to promote “buy Alaskan” initiatives, and niche marketing is booming.

But many Alaskan farmers are still figuring out how to move their crops to customers. High Country News reported, “the owners of Farragut Farm have to wait for a tide high enough to float their skiff so they can row their produce out to a sailboat, then sail four hours to the nearest town to sell it.” Meanwhile, Amazon is using their own logistics savvy to bring Amazon Prime to Alaskans. While residents of tiny towns may be thrilled to get their hockey equipment without having to plan months in advance, some Alaskans say Amazon’s incursions into remote communities are flattening out Alaska’s unique culture even as it opens the residents’ economic opportunities and daily lives.

So what? Giving people access to reasonably-priced food staples isn’t a bad thing. The issue is when that access is controlled by a corporation and therefore not subject to the kind of government regulation that could guarantee consistent access to foodstuffs at affordable prices. There was an eye-opening CBC piece this past June about the residents of Iqaluit, Nunavut, up in Canada, who have discovered that Amazon prices are much lower than the federally-subsidized prices they get on household staples. “Alookie Itorcheak said she’s been using Amazon for four years, to make being a mom more affordable,” they reported.

A box of 180 Pampers costs about $70 off the shelf in Iqaluit; on Amazon, similar size boxes are around $35.

Diapers are not covered by Nutrition North, the federal program that gives subsidies to northern retailers. It was one of many items dropped from the eligibility list when the government replaced the former Food Mail program with Nutrition North in 2011.

Returning to my earlier point: the key is consistent access—Amazon’s dropped other remote Nunavut communities  and it’s sharply curtailed what’s available for Prime Customers in Alaska already—and affordable prices. The reason people ordered from Amazon was because the prices were lower than the other options they had. That should spark a look at how pricing works in remote communities and whether there are logistics solutions that could offset the geographic penalty people pay for not living near a major shipping hub. And it should also prompt government officials to look at regions where Amazon’s risen to market dominance through pricing and shipping tactics and ask, “What happens when the shipping stops?”

Nobody is saying that Amazon servicing remote areas is a bad thing. Its success in places like Iqaluit or 86-person towns in Alaska has shown that it’s meeting needs for the residents, and making their hometowns feel less remote. But what a company gives, it can take away too. Anyone who becomes accustomed to a corporation making their life easier should always remember that nothing lasts forever. Just look at what’s happened to rural communities in the lower 48 when Walmart’s closed up shop. That could happen anywhere.

Lisa Schmeiser has been reporting on tech, business and culture since the dot-com days. Find her on Twitter at @lschmeiser or subscribe to So What, Who Cares at tinyletter.com/lschmeiser. 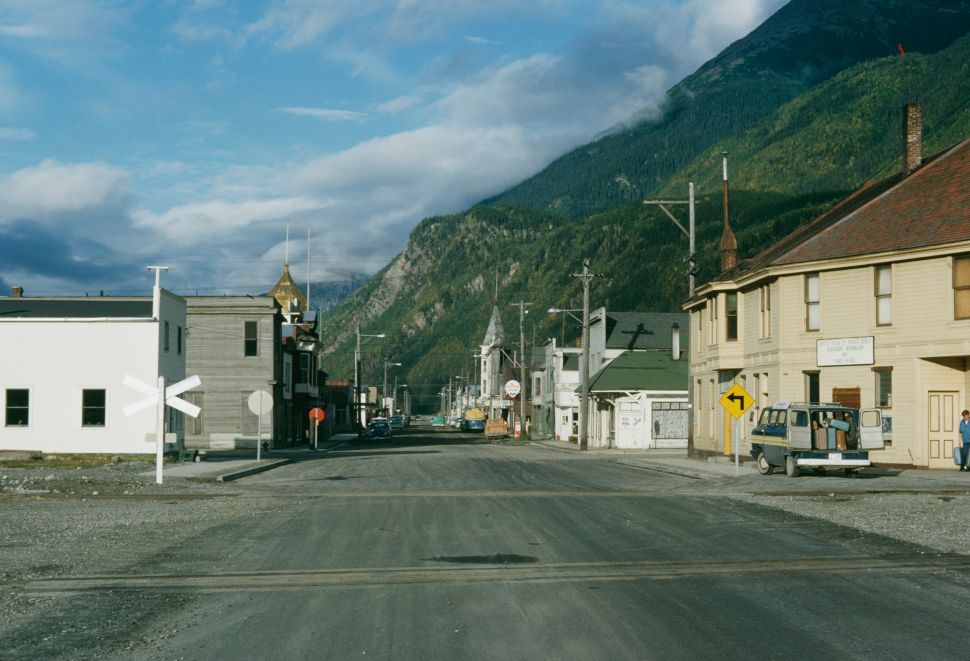