This will be an unpopular statement in some quarters, but not everybody who voted for Donald Trump is a bigot. Some may have been fine with voting for a candidate who had the enthusiastic backing of hate groups but didn’t necessarily hold hateful views themselves. This may be a fine distinction (if you’re willing to overlook that kind of thing, I guess), but it is an important one. If we ascribe Trump’s win exclusively to racism/sexism/xenophobia, etc., we miss the opportunity to dig deeper and find other causes.

Much of Trump’s appeal to people who don’t necessarily think of their bedsheets as acceptable torchlight-parade apparel had to do with him supposedly not being a politician, and the fact that he spoke to average people in blunt, direct language. (“I may not like what he says, but at least he’s a straight shooter.”) To the average American, this seemed like a departure from previous politicians who had disappointed these disaffected voters.

Of course, Trump was lying on an epic level that most politicians wouldn’t dare try (“Mexico is going to pay for the wall”), but he issued his bald-faced lies in simple, declarative sentences without any “weasel words.” He wasn’t carefully parsing every word to leave himself “wiggle room.”

Trump oozed “authenticity.” Nobody doubted whether Trump was being his real self during the campaign. Love him or hate him, you knew that this was who he really was. After all, when people try to make themselves out to be something they aren’t, they usually try to appear better than who they really are. Nobody pretends to be a dirtbag.

The public will forgive many things, but inauthenticity, or the perception thereof, is not one of them. Americans like people who will lay it all on the line, say what’s on their minds, and be themselves. Remember after the 1996 and 2000 elections, when defeated candidates Bob Dole and Al Gore let loose and displayed their authentic personalities? It would have been lucrative if one could have earned a dollar for every time someone asked plaintively, “Where was this guy during the campaign?”

The folksy, plain-spoken Joe Biden—whose use of straight-shooting, down-home language (“malarkey”) bludgeoned Paul Ryan in the 2012 vice presidential debate—may well have been able to win a general election. But Biden had one small problem: He couldn’t win the Democratic nomination. He tried twice and failed miserably both times.

Biden suffered from a perceived gravitas deficiency that spells certain death in Democratic primaries. Democrats suffering from “Jed Bartlet Syndrome” desperately want the smartest, most polished person in the room to be our president, but anybody who went to an American school should recognize the inherent problem immediately: Average Americans hate the smartest person in the room, especially those smart people who give any hint that they are aware of their intelligence.

And as we have seen throughout American history, the presidential candidate who is viewed as “more intelligent” often loses. Ask Al Gore, John Kerry and Hillary Clinton. The exceptions are in cases of candidates with an innate ability to connect with the common people. Barack Obama, Bill Clinton and Jimmy Carter were all exceptionally intelligent, but they also knew how to drop their g’s and talk like “just folks.” It came naturally to Clinton and Carter, Southerners from humble backgrounds, but even the movingly eloquent Obama, who was still paying off his law school loans until he hit it big with a book deal, could bring the common touch when interacting with average Americans. Franklin Roosevelt, whose Brahmin diction and elocution left no doubt as to his old-money status, nonetheless connected with the public through plain, simple, forceful language and a healthy dollop of homely metaphors. When he told people that lending Britain aid to fight Hitler was akin to lending a neighbor a garden hose to fight a fire, everyone got it.

But most Democratic politicians today are obsessed with careful, measured language, focus-grouped to the syllable and diligently scrubbed of any words that might offend anyone, even those voters who wouldn’t vote for a Democrat if you threatened them with waterboarding. This calm, careful language may play well in the tiny confines of Upper West Side parlors or Georgetown cocktail parties, and it surely will be a big hit in the Harvard lecture hall, The New York Times editorial board meeting and the ACLU convention.

But John Q. Public, who is among the vast majority of Americans without a bachelor’s degree, perceives this kind of precision in language as weak and weaselly. He wonders why you’re being so damned careful and assumes you’re hiding something. He thinks (rightly or wrongly) that you’re probably smarter (or at least sneakier) than he is and assumes you’re trying to trick him. He also thinks you don’t have the stomach for a fight and that you won’t have his back if things get tough. In John’s experience, the people with all the smooth words are the first ones to run for cover when danger emerges.

Democrats will never connect with John Q. Public as long as they keep trying to impress him with how smart, careful and measured they are. They need to stop trying to do that, because John’s not impressed. And while they’re at it, Democrats need to put away the damned position papers and 12-point plans that John has neither the time nor the requisite masochism to read.

That’s why Democrats need to think outside the box and move out of their comfort zone in choosing their next presidential nominee. Some smart-sounding, gray-maned Senator who has been in Washington since Lincoln was splitting rails, isn’t going to cut it. Rather, the candidate needs to be someone who isn’t afraid to speak bluntly and passionately about the nation’s problems, take some risks, and say some things that most politicians in this era would never say. If the Democratic nominee plays it safe, she or he will lose.

To all the potential Democratic presidential nominees for 2020, some advice: you don’t have to spew hateful things to connect with the electorate, but you do have to win its trust. And if you sound like what my country relatives describe—half-admiringly and half-derisively—as a “Philadelphia lawyer,” you’re going to have a hard time competing with a reality-show host-turned-president who isn’t at all afraid to be his awful, disgusting self.

Cliston Brown is a communications executive and political analyst in the San Francisco Bay Area who previously served as director of communications to a longtime Democratic Representative in Washington, D.C. Follow him on Twitter (@ClistonBrown) and visit his website at ClistonBrown.com, 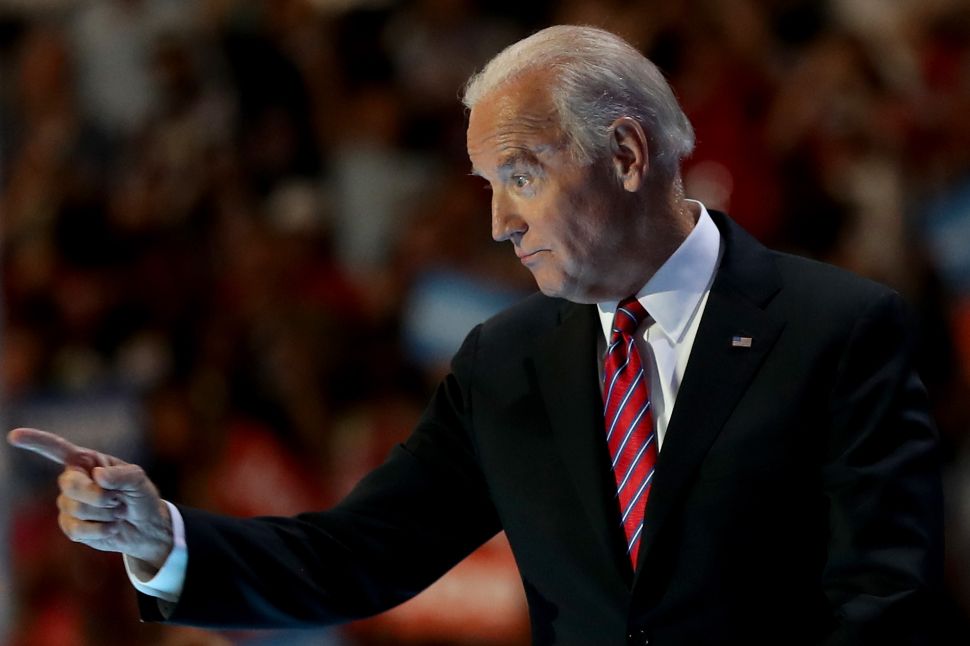